During the visit, Francis told Edith Bruck: 'I came to thank you for your witness and to pay homage to the people martyred by the craziness of Nazi populism.' 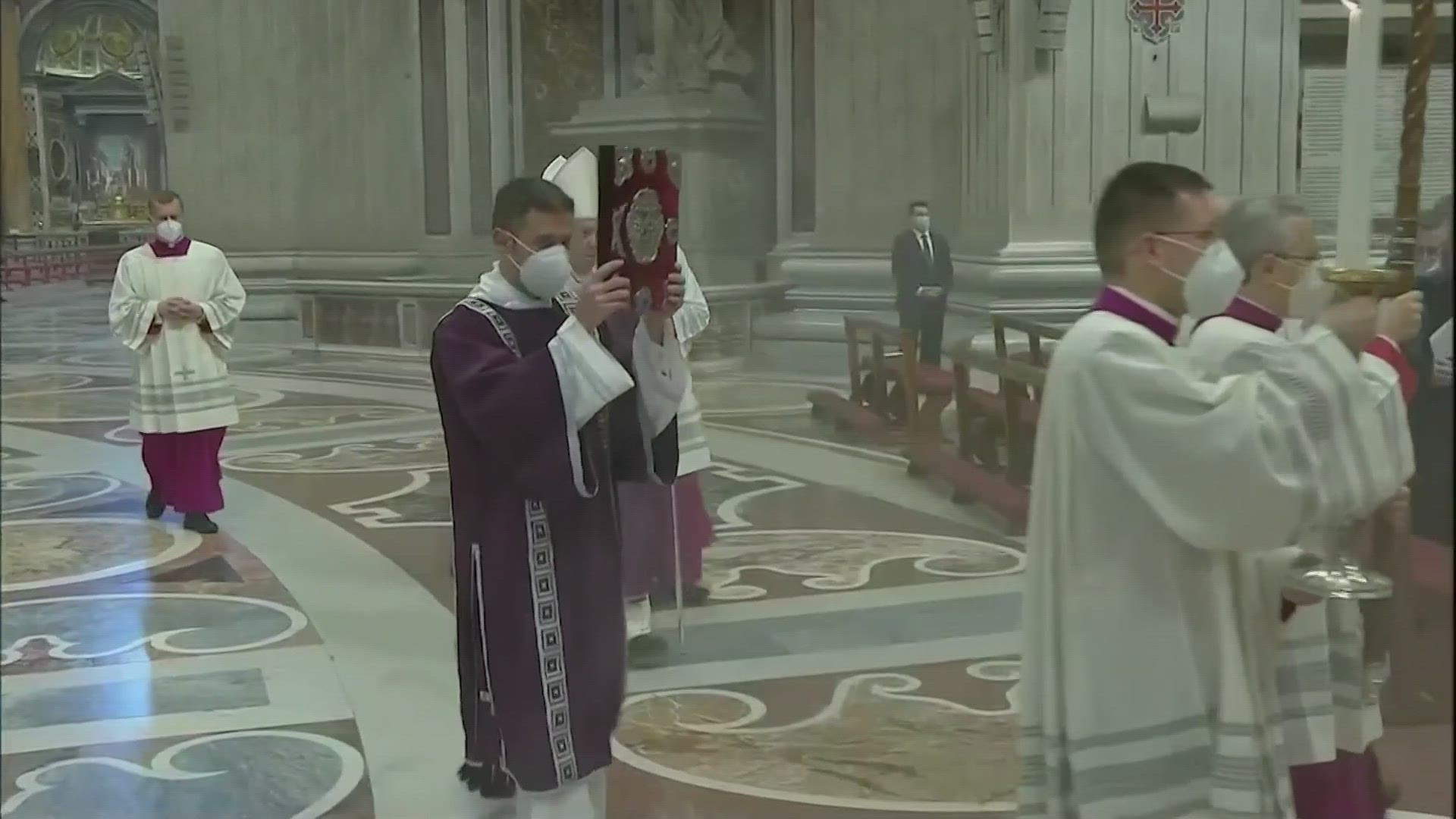 ROME, Italy — Pope Francis on Saturday visited with a Holocaust survivor in her Rome apartment to pay tribute to all those who suffered from what he called “the craziness of Nazi populism.”

Francis surprised Romans strolling Saturday afternoon on a Rome street not far from the Spanish Steps when a Vatican sedan dropped him off outside the apartment building that is home to Edith Bruck, a Hungarian-born writer and poet.

Bruck, who is 88, survived life in Nazi-run death camps during World War II and later settled in Italy.

The Vatican said that during the hour-long visit, Francis told her: “I came to thank you for your witness and to pay homage to the people martyred by the craziness of Nazi populism."

RELATED: Vatican workers must get COVID-19 vaccine, or risk being fired

“And with sincerity I repeat the words I pronounced from my heart at Yad Vashem, and that I repeat in front of every person who, like you, suffered so much because of this: ‘Forgive, Lord, in the name of humanity,'" the pontiff told Bruck, according to the Vatican's account of the private meeting.

Francis was referring to his 2014 visit to the Yad Vashem Holocaust Memorial in Israel where he prayed and also kissed the hands of several survivors in a gesture of humility.

Vatican spokesman Matteo Bruni said the conversation between Francis and Bruck ”evoked the fears and the hopes for the times that we are living through, stressing the value of memory and the role of the elderly in cultivating it and transmitting it to the youngest."

Italian RAI state TV said the pope had wanted to meet with Bruck after reading an interview with her recently in the Vatican newspaper.

A day earlier, Italy's interior minister condemned attacks on social media leveled against another Holocaust survivor, Italian senator-for-life Liliana Segre. Prosecutors are investigating the invective and racist comments which followed the 90-year-old Segre's urging other older adults in Italy to follow her example and receive the COVID-19 vaccine.