The SBC was founded before the Civil War as a defender of slavery. Only in 1995 did it formally apologize for that legacy. 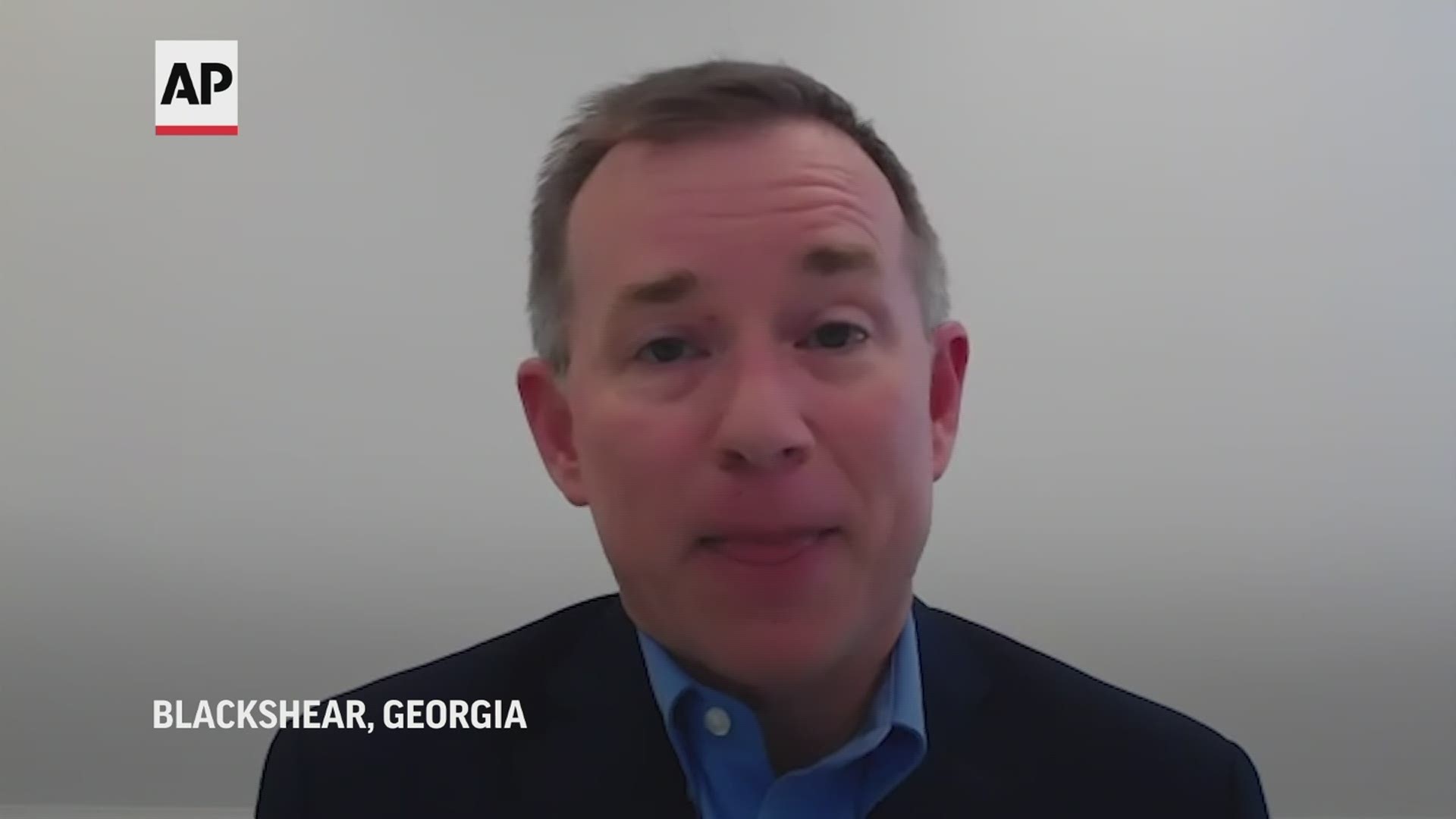 NASHVILLE, Tenn. — Race-related tensions within the Southern Baptist Convention are high heading into a national meeting next week. The election of a new SBC president and debate over the concept of systemic racism may prove pivotal for some Black pastors as they decide whether to stay in the denomination or leave.

It could be a watershed moment for America's largest Protestant denomination. The SBC was founded before the Civil War as a defender of slavery, and only in 1995 did it formally apologize for that legacy — yet since 2000 its Black membership has been increasing while white membership declines.

Over the past year, however, several Black pastors have exited the SBC in frustration over what they see as racial insensitivity within its overwhelmingly white leadership.

Depending on the outcome at the meeting in Nashville, the exodus could swell — or subside. Many Black pastors are comfortable with the SBC's conservative theology and grateful for financial support, but do not want it to wade into conservative national politics or distance itself from the quest for racial justice.

The Rev. Nate Bishop of Forest Baptist Church near Louisville, Kentucky, said some members of his Black congregation want to leave the SBC while others want to stay, and he intends to assess the “tenor and tone” of deliberations in Nashville to guide his decisions.

“There’s a bigger question going on — will there even be an SBC in the next five, 10, 15 years?” Bishop said. “There’s going to be a move away from this national organization. The only way forward is going to be if we reject the fear-mongering that's being projected day after day.”

One of the SBC’s most prominent Black pastors, Dwight McKissic of Cornerstone Baptist Church in Arlington, Texas, said his church will quit the SBC if either of two leading conservative candidates wins the presidency: Albert Mohler, president of the Southern Baptist Theological Seminary, or Mike Stone, a pastor from Blackshear, Georgia, whose core supporters view Mohler as insufficiently conservative.

Both “have made statements that Black Baptists would find anathema, regarding racial matters and politics,” McKissic said via email. “I could not proudly call myself a Southern Baptist if either of them wins.”

He also criticized them for supporting tight restrictions on women's roles in the church, saying he and many other Black pastors favor letting women serve as assistant pastors or in other meaningful roles.

McKissic is endorsing a third candidate, white pastor Ed Litton of Redemption Church in Saraland, Alabama. Litton will be nominated by Fred Luter, a New Orleans-based pastor who in 2012 became the SBC’s first and so far only Black president.

A crucial dividing line in the presidential election and for the SBC overall is the issue of critical race theory, a term used to describe critiques of systemic racism.

Last year Mohler and the five other SBC seminary presidents, all of them white, declared that critical race theory is “incompatible with” the SBC’s Scripture-based theology.

The statement created friction far beyond SBC academia, particularly due to lack of Black involvement in its drafting. But Mohler hasn't budged from his repudiation of critical race theory, and Stone has harshly condemned the concept.

McKissic said approval of any such measures might be another trigger for his exit.

Last December he, Litton and Luter were among the co-signers of a statement by a multiethnic group of Southern Baptists asserting that systemic racial injustice is a reality.

“Some recent events have left many brothers and sisters of color feeling betrayed and wondering if the SBC is committed to racial reconciliation,” the statement said.

Luter, as part of a recent video series titled “Why I Stay,” said the sometimes-hostile environment within the SBC made it all the more important for Black pastors to stay and seek improvements. The Rev. Marshal Ausberry, who heads the SBC's association of Black churches, has urged respectful dialogue to resolve race-related differences.

Charles Jones, pastor of New Hope Missionary Baptist Church in Clute, Texas, has chosen to keep his small Black congregation in the SBC fold in part because of financial support that enables it to conduct missionary outreach.

Other churches have benefited from SBC ties for things like funding to construct a new building or the convention's ministry certification programs.

“They don’t want to talk about schools, about why ghettos are ghettos,” Jones said. “We debate theory after theory, and nothing gets done.”

The debate flared last year just as the SBC was releasing statistics showing that African Americans have been a primary source of growth within the denomination since 2000, even as white membership steadily declined.

Credit: AP
Dwight McKissic, pastor of Cornerstone Baptist Church, speaks during services in Arlington, Texas, on Sunday, June 6, 2021. In December 2020, McKissic was one of the co-signers of a statement by a multiethnic group of Southern Baptists asserting that systemic racial injustice is a reality. (AP Photo/Richard W. Rodriguez)

The statistical report didn't say how many African American congregations are dually aligned with historically Black Baptist denominations. As self-governing entities, Baptist churches can choose which groups to affiliate with and decide how much or how little to participate and donate.

The Rev. Joel Bowman Sr., senior pastor of Temple of Faith Baptist Church in Louisville, said his African American church maintains ties to Southern Baptists at the state and local level, but plans to sever its nominal ties with the national convention.

“The SBC to me is not currently a safe place for African Americans and other people of color,” he said. “There are probably a number of churches and pastors who would leave the SBC, but because they’re so financially tied to the denomination, they’re probably slower to leave.”

Another Louisville pastor, Deryk Hayes of St. Paul Baptist Church @ Shively Heights, withdrew from the Southern Baptist Theological Seminary this year. He cited a lack of respect for the Black church, including a decision to retain the names of its slaveholding founders on some seminary buildings.

“From my perspective, these men aren’t heroic,” Hayes said. “They were practicing heresy.”

Hayes said many Black pastors share the theological conservativism of their white counterparts, but not their politics.

“The conservative resurgence is fine if it’s really about biblical inerrancy,” he said. “I think it’s about male white privilege and male white power.”

John Onwuchekwa, pastor of Cornerstone Church in Atlanta, was a rising star in the SBC before breaking with it last year. Among his reasons: He didn't want to be held out as an example for other Black ministers to prove the SBC would be a good place for them.

“There’s no doubt in my mind that there are good people in the SBC,” Onwuchekwa said. But when opportunities arose to make major improvements in race relations, “instead they take moderate baby steps to not offend the base.”