It's been 22 years since Matthew Shepard's brutal murder in Wyoming, and his mother Judy says there's more work to be done in ending discrimination. 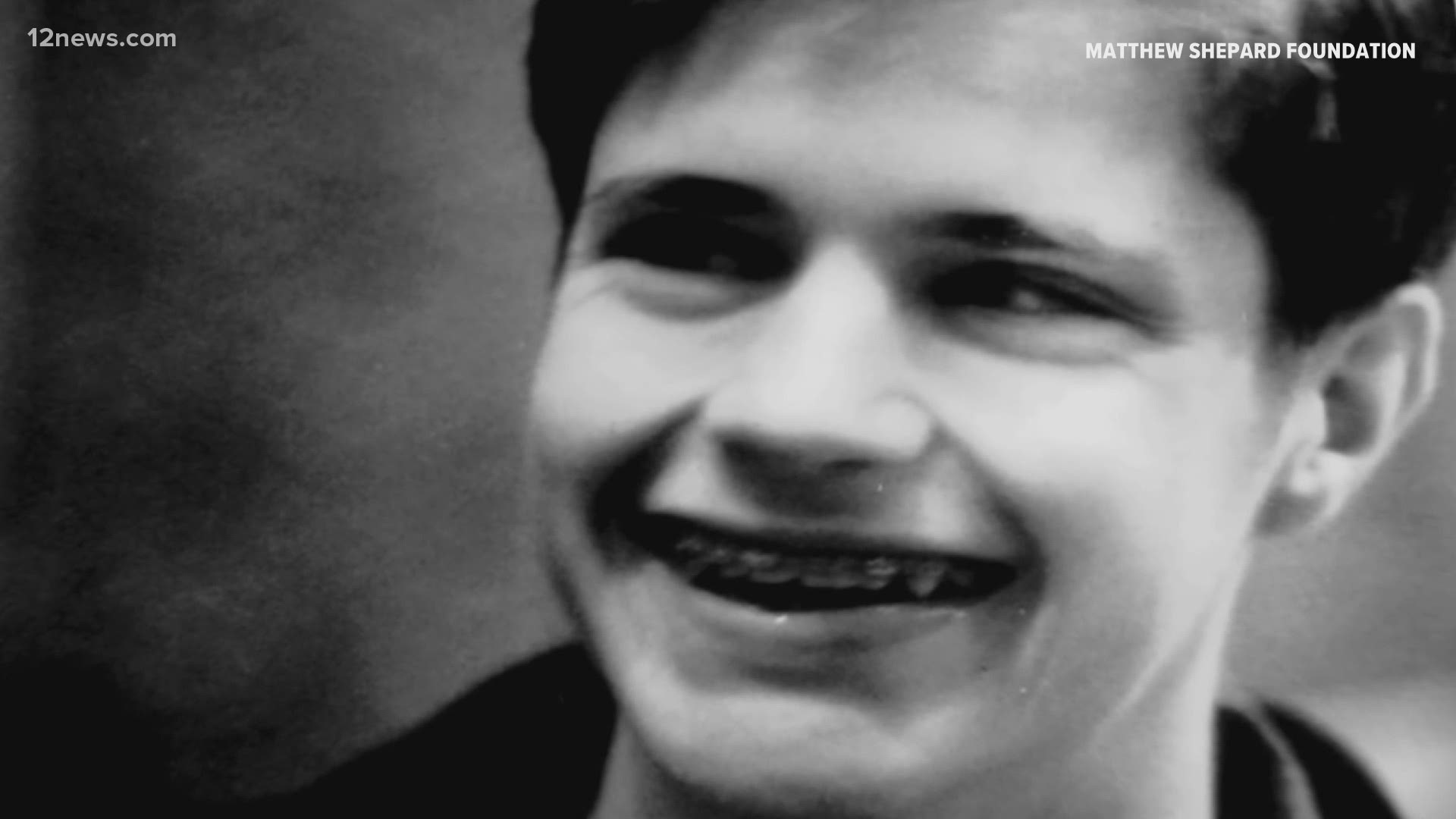 PHOENIX — In 1998, Matthew Shepard's murder captured the heart of the nation.

The 22-year-old University of Wyoming student was brutally attacked and tied to a fence outside of Laramie, Wyoming.

He was targeted because he was openly gay.

“Matt was a person. He wasn’t really anybody’s hero but ours,” said Matthew's mother Judy Shepard.

Judy still feels the loss of her hero. Matthew's death humanized LGBTQ people across the country.

“It was everybody. Of all the correspondents we got, easily half of it was from the straight world,” said Judy.

His death was a turning point for LGBTQ Americans and in 2009, President Barack Obama signed into the law the Matthew Shepard and James Byrd, Jr. Hate Crimes Prevention Act. The law expands the 1968 Civil Rights Act. The Matthew Shepard Foundation pioneered the federal hate crimes legislation.

“I was the same age as Matthew and at that time was still not comfortable with my own self,” said Chris Chavez, co-director of the Laramie Project for Mesa Encore Theatre.

The Laramie Project is a documentary-style adaptation of Matthew's life. Members of the Tectonic Theater Project in New York City interviewed the people of Laramie about Matt's murder and how it affected the rural town.

“The script is taken from 200 plus interviews of the community members of Laramie,” said Chavez.

“The beautiful story in the Laramie Project should not be relegated only to the gay community because it’s really about all of us,” said Judy.

Both Chris and Judy say in many ways Matthew’s legacy is about more than the fight for rights in the LGBTQ community.

“If you remove Matt’s story, his sexuality – and insert the story of race or religion, it’s the same story. It’s about not accepting or recognizing people’s differences. Not respecting people for who they are. Judging them for the color of their skin and not by the content of their character,” said Judy.

She remembers conversations about gay rights she and Matt had before his death.

"Matt and I had a discussion the summer before he was killed in '98 about gay marriage in Hawaii. He said to me, do you think I will ever be allowed to marry the man of my dreams? I said Matt I think I'll see it in your lifetime, but I won't see it in mine."

Judy says LGBTQ rights have come a long way in the two decades since her son's death but there is more work to be done.