The unimaginable joy of finally seeing a woman as 'Doctor Who'

For the first time in the 55 year-history of the storied British sci-fi franchise, Doctor Who is being played by a woman, Jodie Whittaker. 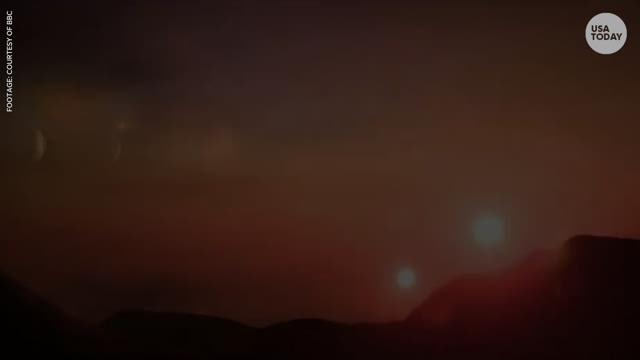 My Doctor is in. And it's about freaking time.

Sunday on BBC America (1:45 p.m. EDT/10:45 a.m. PDT, and 8 EDT/PDT), fans who have waited years or even decades to see themselves in a certain time-traveling alien will finally get their wish in the Season 11 premiere of "Doctor Who."

For the first time in the 55 year-history of the storied British sci-fi franchise, the TARDIS-dwelling Time Lord of Gallifrey is being played by a woman, Jodie Whittaker. It's impossible to overstate the importance of this moment, to viewers of the show, and to the greater pop-culture landscape, in the midst of a movement for greater gender and racial parity in entertainment.

And to me, a fan since I was a young girl, the proud owner of a hand-crocheted stuffed TARDIS, and someone who's considering a "Who"-themed topper for my wedding cake, it's monumental. It's Christmas and my birthday wrapped up with a big blue bow. No gift could be greater, or less expected.

For a long time, the idea of a woman Doctor seemed completely impossible. Despite the number of times the show had established that when the alien Time Lords "regenerate" (they essentially die and are reborn in a new body, which is the mechanism that has allowed the show to last so long with so many different Doctors), they can change genders or races. Yet many people, including former series writer Steven Moffat, have been vociferously against the Doctor regenerating into a woman.

When it happened, I honestly couldn't believe it. Watching Whittaker step into the light in the announcement video was surreal and joyful, astonishing and moving. I cried. I've cried a number of times since, watching her brief introduction in the 2017 Christmas special, in trailers for the new season and videos of fans wishing her luck.

More than a year after the announcement, the show is finally here. And friends, I am so relieved to tell you that it is good. Like all great regeneration episodes, there's some confusion, as the Doctor figures out who she is in her new body. There are new companions, a new monster and perhaps the series' best action set piece to date.

Like the 12 who came before her, Whittaker's 13th Doctor is her own character, with hints of the past personalities. This Doctor is playful and caring. She is daring and hopeful, but also very weird. So far I love her interpretation, as I'm one of the fans who loves the funkier, more alien takes on the character, such as Matt Smith's zany 11th Doctor, over, say, David Tennant's weepy 10th.

The series' new head writer Chris Chibnall also delivered three excellent companions, which hearkens back to the very first episodes of the series, when the original Doctor (William Hartnell) traveled with his granddaughter and two schoolteachers. This time she's got Ryan Sinclair (Tosin Cole), a 19-year-old struggling with dyspraxia, a neurological disorder; his dorky step-granddad Graham O'Brien (Bradley Walsh); and his friend and rookie police officer Yasmin Khan (Mandip Gill).

The season premiere also has that unbelievably important and emotional moment when Whittaker's Doctor finishes regenerating and claims, for the first time, her rightful name. Hearing Whittaker say "I am the Doctor" was a moment so visceral I could feel it in my bones, a deep and forceful unclenching. It's real, it finally happened. And it's everything I hoped it could be.

My deepest fears are that the quality drops, ratings sink or any number of bad things happen and the viewers and Hollywood executives blame it on the "woman" of it all. I fear that the remaining episodes could be a series of bad gender jokes, or that the new Doctor would somehow prove inferior to her male counterparts.

But this move feels so incredibly right for a show that has long been at the forefront of social progress. In just the first episode it's already clear how many new but familiar stories they can tell with Whittaker. It's clear how much a franchise that's constantly at risk of becoming stilted and musty needed this jolt.

When I watched Whittaker step into the storied shoes of the Doctor, I was a little surprised by how easily I accepted her as the hero I’ve loved since childhood, how natural her feats of derring-do seem and how she can outsmart everyone in the room. Not since Smith, who still ranks as my favorite Time Lord, have I so quickly and easily accepted a new actor in the role. It’s not just that the Doctor is a woman, it’s that she’s Whittaker.

And to borrow a favorite term of Christopher Eccleston’s ninth Doctor, she’s fantastic.