Downgraded to a tropical depression, Florence is still massive and covering parts of six states. 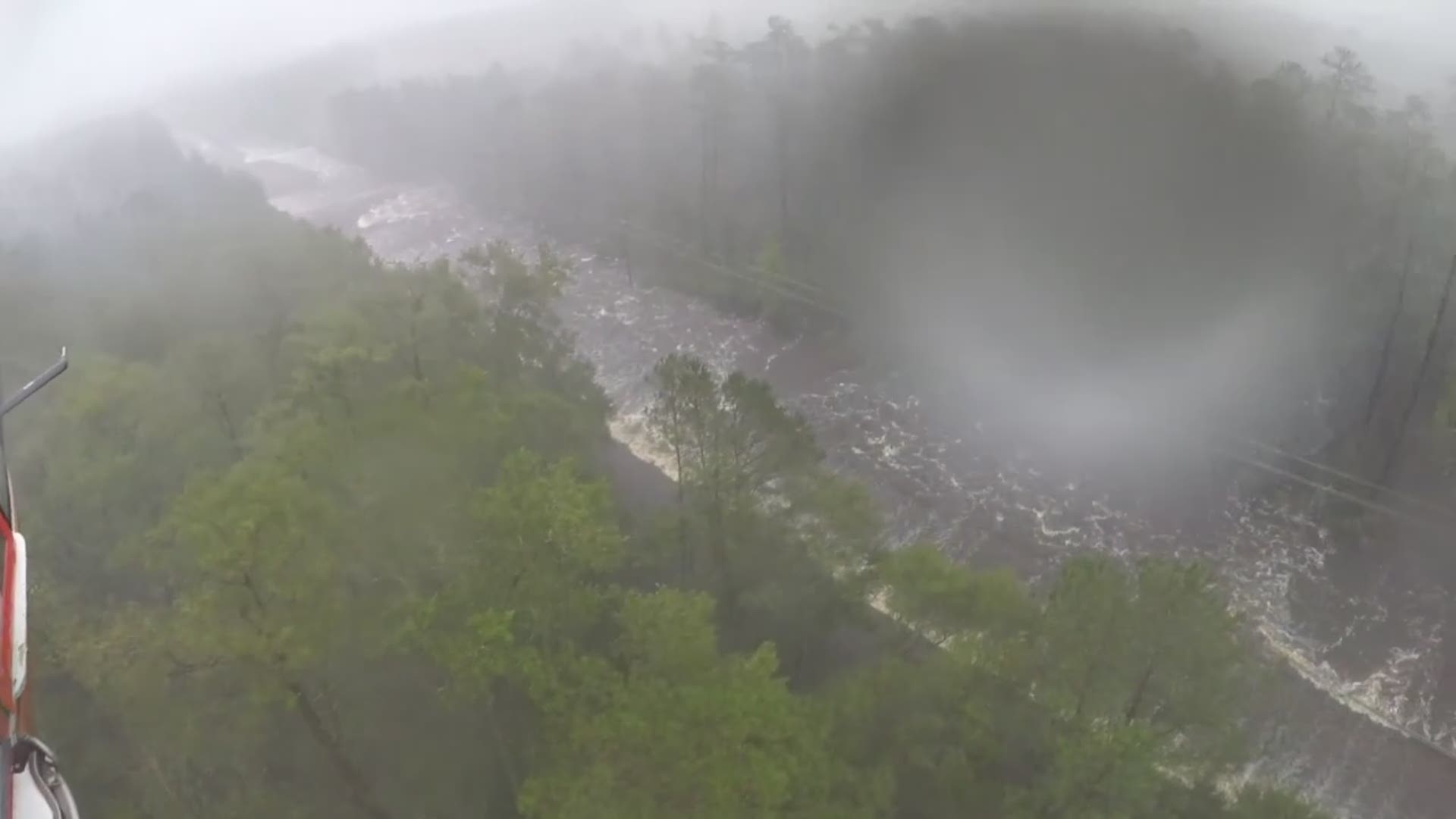 WILMINGTON, N.C. — With Wilmington cut off from the rest of North Carolina by still-rising floodwaters from Florence, officials plan to airlift food and water to the city of nearly 120,000 people as rescuers elsewhere pull inland residents from homes swamped by swollen rivers.

The deadly storm was still dumping rain and had top winds around 30 mph (50 kph) early Monday, but forecasters said it was expected to gradually pick up forward speed and complete a big turn toward the Northeast.

Flooding worries were increasing in West Virginia and Virginia, where power outages also were on the rise. About 500,000 homes and businesses were in the dark.

The spreading disaster claimed additional lives Sunday, with at least 31 people confirmed dead, and the nation's top emergency official said other states were in the path this week.

"Not only are you going to see more impact across North Carolina ... but we're also anticipating you are about to see a lot of damage going through West Virginia, all the way up to Ohio as the system exits out," Brock Long of the Federal Emergency Management Agency said Sunday on Fox News.

Authorities near Charlotte were searching for a 1-year-old boy who was swept away by floodwaters when the boy's mother lost her grip on him after her vehicle was swept off a road. 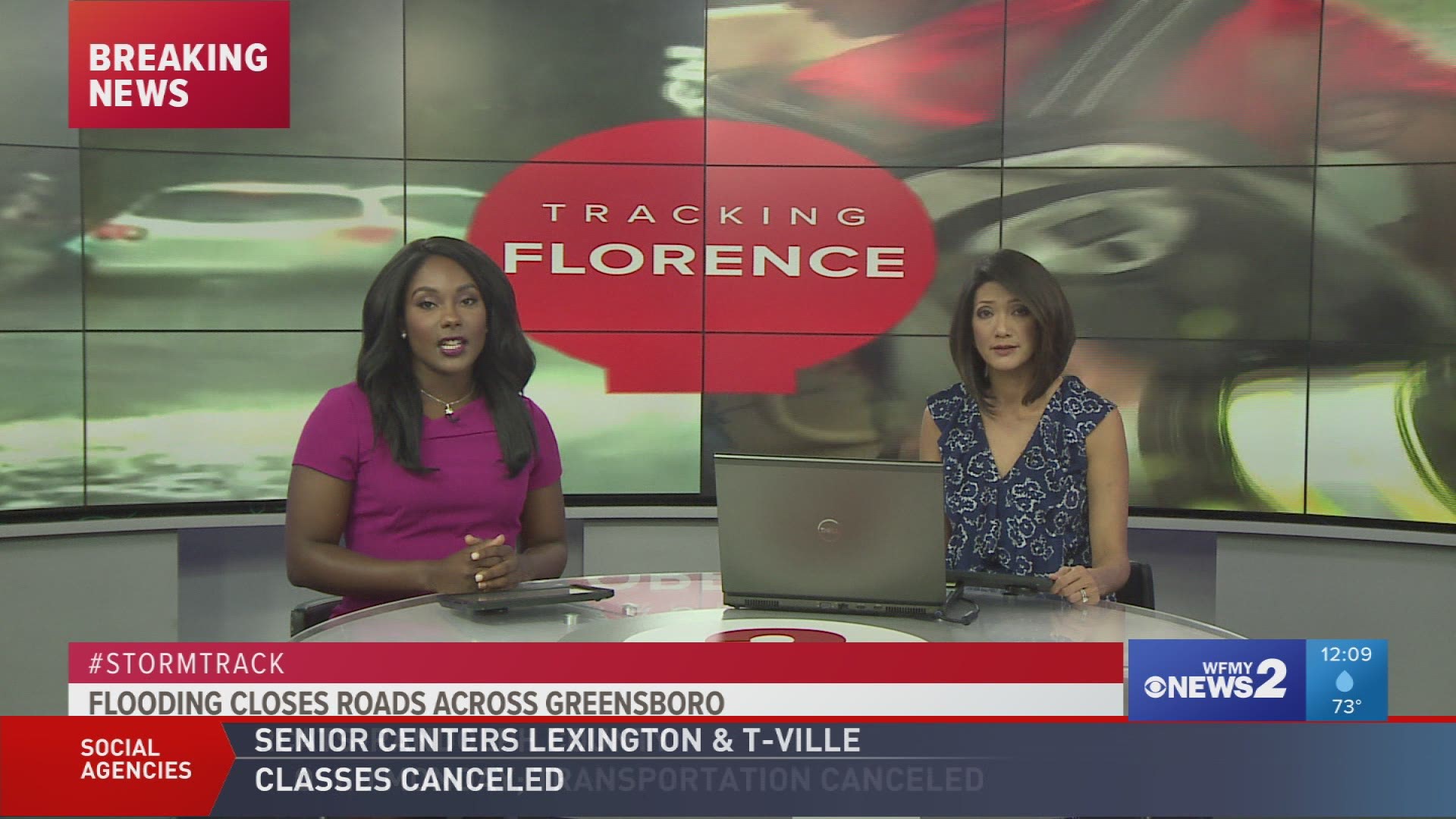 Meanwhile, halfway around the world, Typhoon Mangkhut barreled into southern China on Sunday after lashing the Philippines with strong winds and heavy rain that left dozens dead. More than 2.4 million people were evacuated from China's southern Guangdong province ahead of the massive typhoon, the strongest to hit the region in nearly two decades.

In North Carolina, fears of what could be the worst flooding in the state's history led officials to order tens of thousands to evacuate, though it wasn't clear how many had fled or even could.

President Donald Trump said federal emergency workers, first responders and law enforcement officials were "working really hard." As the storm "begins to finally recede, they will kick into an even higher gear."

The storm's death toll climbed to 17 as authorities said a 3-month-old child was killed when a tree fell on a mobile home in North Carolina. Three people died in weather-related traffic accidents, officials said.

The problem was water, and lots of it, in Wilmington. 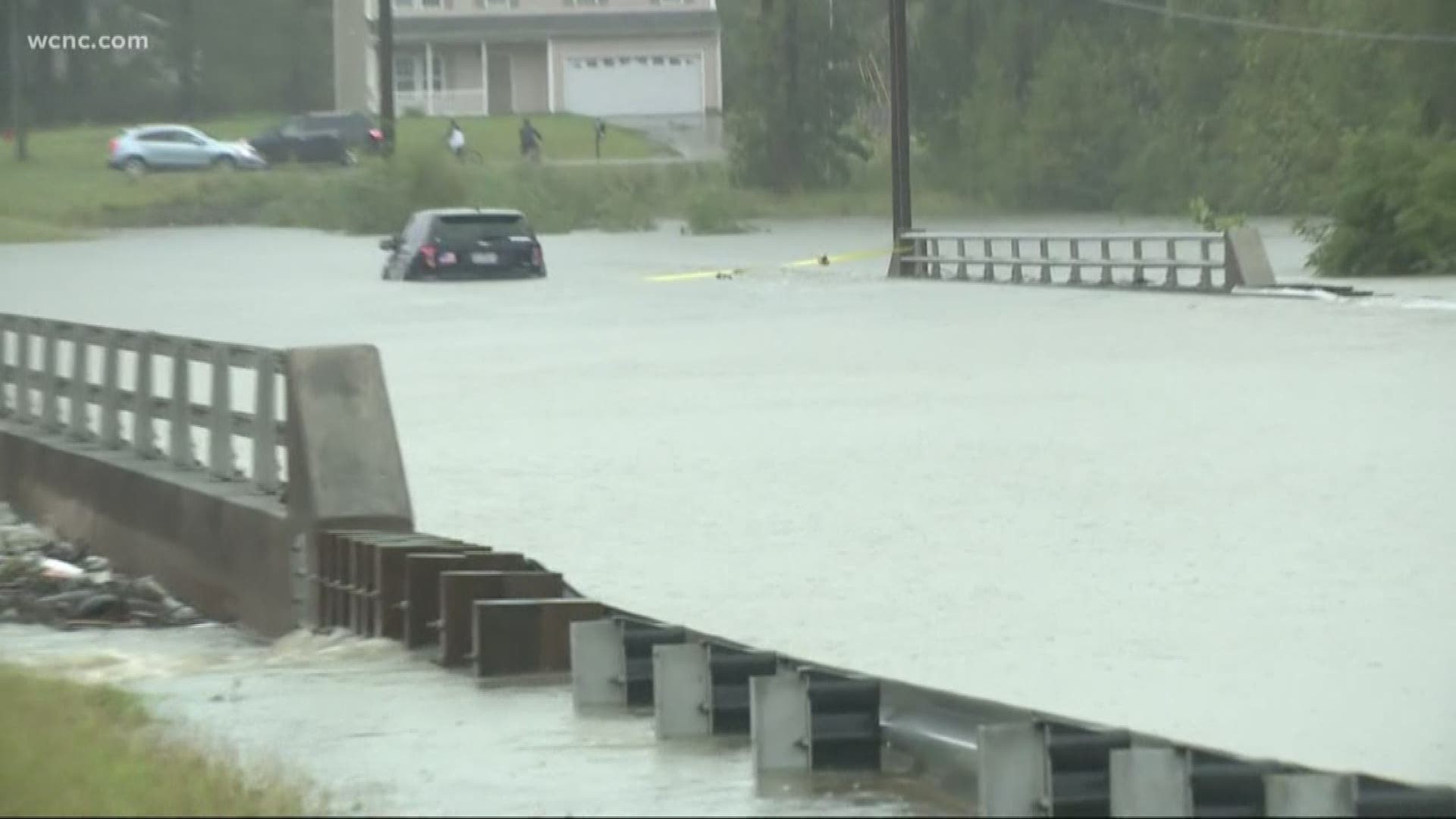 Victor Merlos was overjoyed to find a store open for business in Wilmington since he had about 20 relatives staying at his apartment, which still had power. He spent more than $500 on cereal, eggs, soft drinks and other necessities, plus beer.

"I have everything I need for my whole family," said Merlos. Nearby, a Waffle House restaurant limited breakfast customers to one biscuit and one drink, all takeout, with the price of $2 per item.

Kenneth Campbell had donned waterproof waders intending to check out his home in Lumberton , but he didn't bother when he saw the Coast Guard and murky waters in his neighborhood.

"I'm not going to waste my time. I already know," he said.

As rivers swelled, state regulators and environmental groups were monitoring the threat from gigantic hog and poultry farms located in low-lying, flood-prone areas.

The industrial-scale farms contain vast pits of animal feces and urine that can pose a significant pollution threat if they are breached or inundated by floodwaters. In past hurricanes, flooding at dozens of farms also left hundreds of thousands of dead hogs, chickens and other decomposing livestock bobbing in floodwaters. 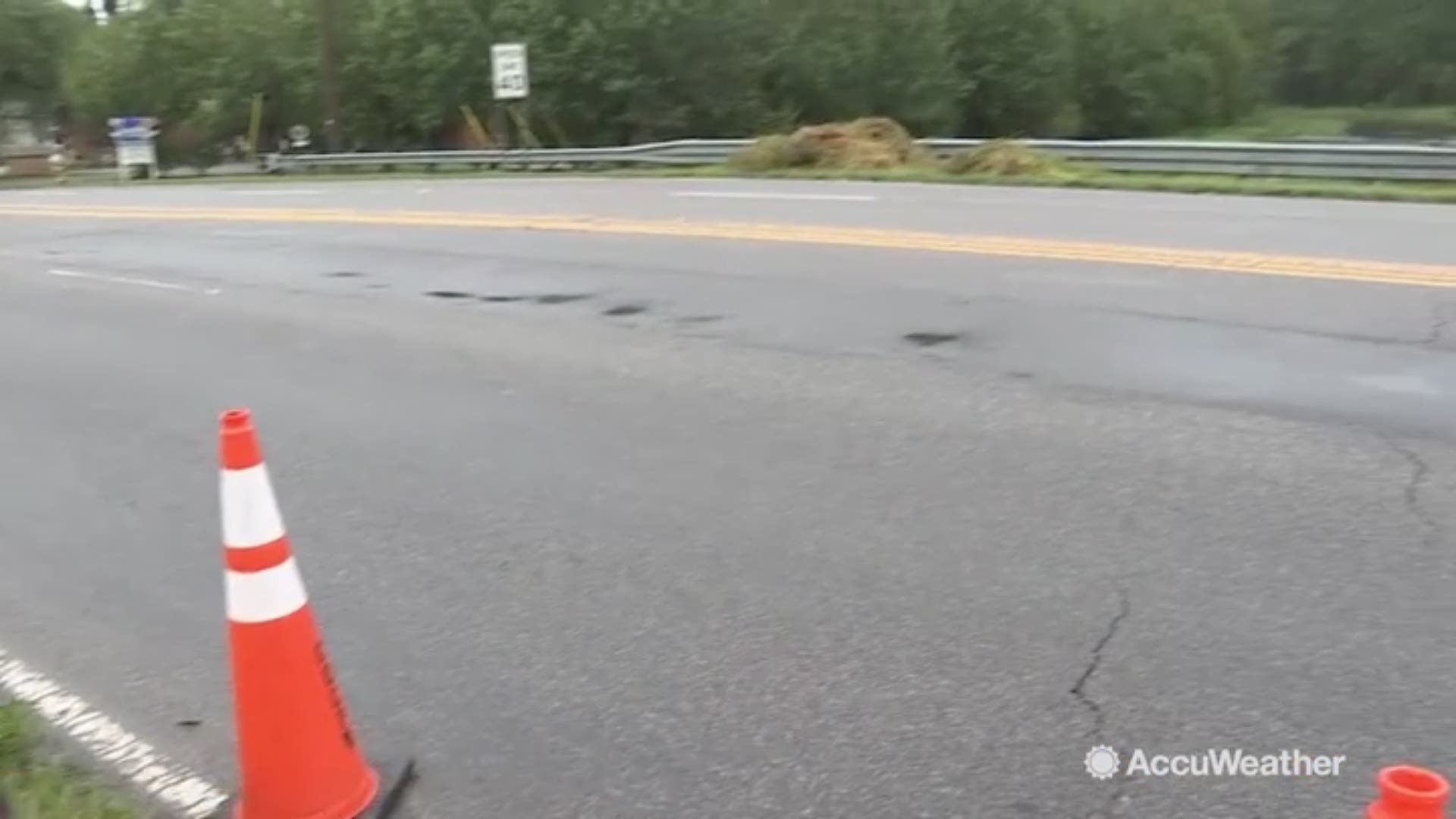 Some stream gauges used to monitor river levels failed when they became submerged, but others showed water levels rising steadily, with forecasts calling for rivers to at or near record levels. The Defense Department said about 13,500 military personnel were assigned to help relief efforts.

Authorities ordered the immediate evacuation of up to 7,500 people living within a mile (1.6 kilometers) of a stretch of the Cape Fear River and the Little River, about 100 miles (160 kilometers) from the North Carolina coast. The evacuation zone included part of the city of Fayetteville, population 200,000.

Near the flooded-out town of New Bern , where about 455 people had to be rescued from the swirling flood waters, water completely surrounded churches, businesses and homes. In the neighboring town of Trenton, downtown streets were turned to creeks full of brown water.

The rain was unrelenting in Cheraw, a town of about 6,000 people in northeastern South Carolina. Streets were flooded and Police Chief Keith Thomas warned people not to drive, but the local food and gas store had customers.

"As you can tell, they're not listening to me," he said.