Forecasters warned of more rain showers for Puerto Rico and the U.S. Virgin Islands throughout Wednesday, but those were expected to dissipate by Thursday. 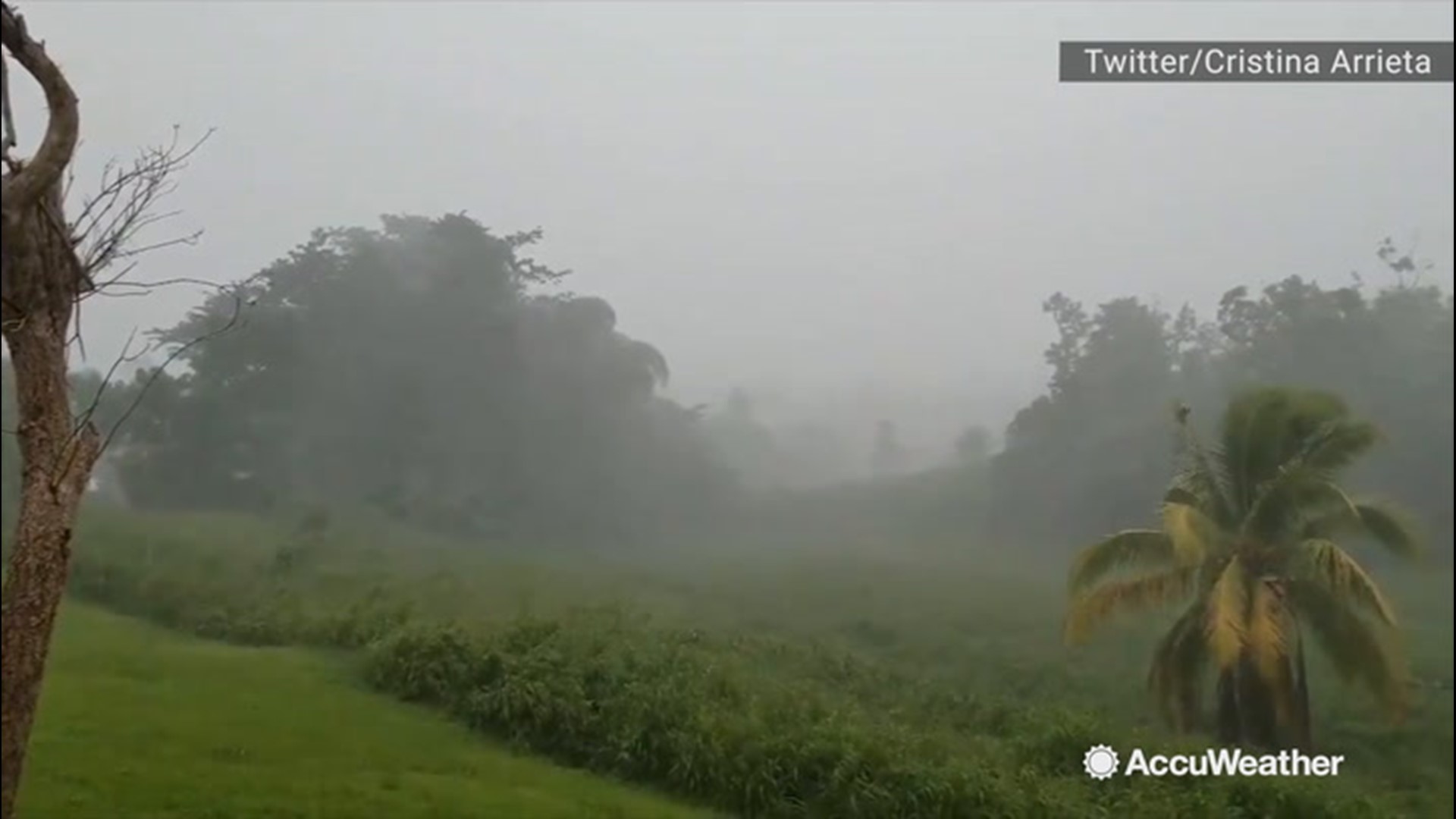 Some schools and government offices were expected to reopen in the region with the exception of those in St. John in the U.S. Virgin Islands.

"It's not the moment to lower your guard," he warned.

Crews also temporarily closed some coastal roads in southeastern Puerto Rico that became flooded after Karen hit the island on Tuesday, leaving up to 29,000 customers without power at one point. An island-wide outage was reported in neighboring St. Thomas Tuesday morning, followed by smaller outages later that afternoon.

Forecasters warned of more rain showers for Puerto Rico and the U.S. Virgin Islands throughout Wednesday, but those were expected to dissipate by Thursday as Karen headed north. The U.S. National Hurricane Center said it was expected to stay well east of the Bahamas, which was hit by Hurricane Dorian on Sept. 1.

Karen was located about 155 miles (249 kilometers) north northeast of San Juan early Wednesday and was moving north at 14 mph (22 kph). It had maximum sustained winds increased in the afternoon to 45 mph (75 kph), with some strengthening expected in upcoming days. Karen will continue to move farther away from Puerto Rico and the Virgin Islands today through Thursday.

Meanwhile, Jerry, has become a post-tropical cyclone and was expected to pass near Bermuda on Wednesday morning. It was about 185 miles  (297 kilometers) west of Bermuda and had sustained winds of 45 mph (75 kph) as it moved north-northeast at 7 mph  (11 kph).

In addition, Lorenzo has become the fifth Atlantic hurricane of the season and was projected to become a major hurricane by the end of the week, although it is not expected to affect the Caribbean. It was centered about 640 miles (1029 kilometers) southwest of the southernmost Cape Verde Islands and had maximum sustained winds of 80 mph (128 kph). It was heading west-northwest at 17 mph (27 kph).