USOC moves to shut down USA Gymnastics after Nassar scandal

In an open letter to the gymnastics community, the U.S. Olympic Committee CEO said 'you deserve better.' 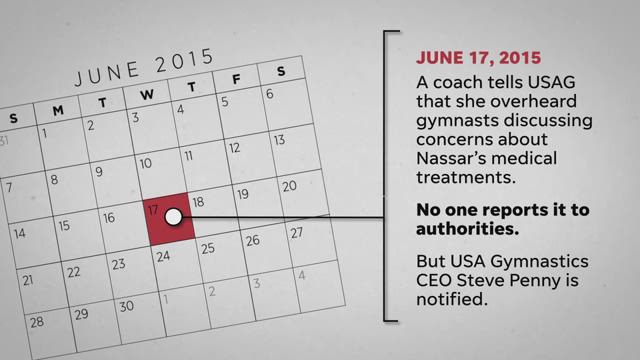 The U.S. Olympic Committee is moving to revoke USA Gymnastics' status as the governing body for the sport at the Olympic level, meting out the nuclear option to an organization that has botched its own reorganization in the wake of a sex-abuse scandal involving former team doctor Larry Nassar.

In an open letter to the gymnastics community Monday, USOC CEO Sarah Hirshland said "you deserve better," and that the challenges facing USA Gymnastics are more than it is capable of overcoming as currently constructed.

The organization, even with a newly constructed board of directors, made repeated mistakes after the revelations Nassar molested Olympians while working as a volunteer.

They included the botched hiring of a program coordinator and an interim CEO to replace Kerry Perry, who lasted less than a year on the job after replacing Steve Penny.