British police have charged 25-year-old Maurice Robinson, from Northern Ireland, with 39 counts of manslaughter and conspiracy to traffic people. 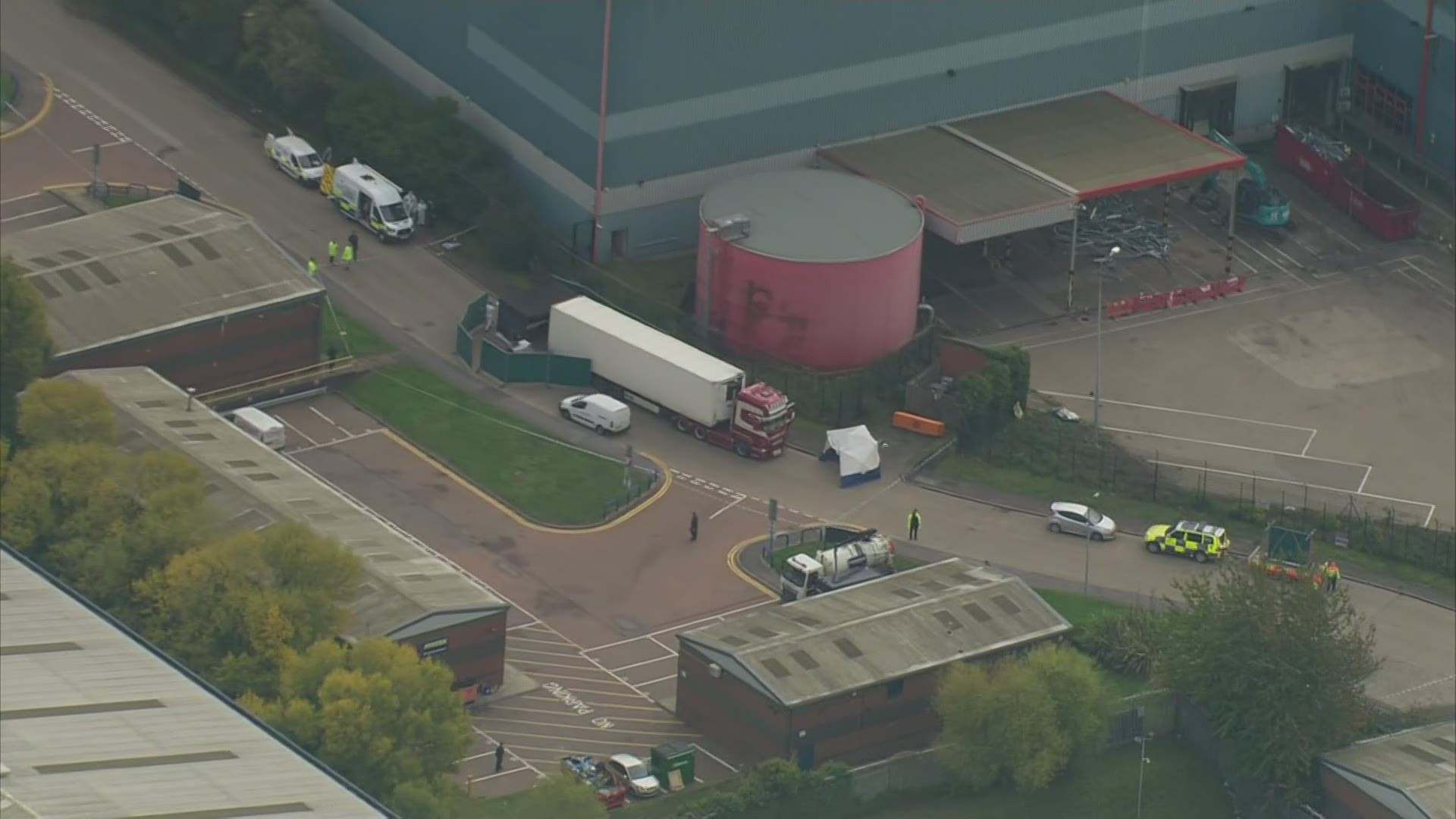 Police in Vietnam have arrested eight more suspects in connection with the deaths of 39 Vietnamese nationals found dead inside a refrigerated truck container in southeastern England.

Police said the eight were arrested Sunday on charges of organizing people smuggling overseas as the sprawling international investigation into what appears to be a people-smuggling tragedy continues. They did not give any details on the arrested suspects.

British police said Friday that all 39 victims were Vietnamese nationals. They initially said the victims discovered near the southeast port of Purfleet on Oct. 23 were from China, but families from Vietnam have contacted authorities there with concerns for missing relatives.

British police have charged 25-year-old Maurice Robinson, from Northern Ireland, with 39 counts of manslaughter and conspiracy to traffic people. They say he drove the cab of the truck to Purfleet, where it picked up the container, which had arrived by ferry from Zeebrugge in Belgium.

Another man was arrested Friday in Ireland, and two others in Vietnam.

British authorities charged with trying to identify the remains are working with officials in Vietnam to try to get information about people who have been reported missing by their families and are thought to have been in transit to England.

According to Vietnam's state-run Thanh Nien newspaper, Vietnam has sent another delegation with officials from the Ministry of Public Security and the Ministry of Foreign Affairs to the U.K. to work with the British authorities on the case.

"The government is trying to repatriate bodies of the victims as fast as possible according to Vietnamese, British and international laws," Vietnamese Minister of Public Security Gen. To Lam was quoted as saying by the newspaper.

The victims — 31 men and eight women — are believed to have paid people traffickers for their clandestine transit into England. Police have not provided details about the scheme.

Over the weekend, London's Vietnamese community gathered at a vigil and a service to honor the unidentified victims.

The Rev. Simon Nguyen offered prayers for the victims and for their loved ones in Vietnam.

"We show our condolences and sympathies for the people who have lost their lives on the way seeking freedom, dignity and happiness," he said, going on to pray for those who lost their "sons and daughters" in the tragedy.

A Saturday night vigil was followed by a Sunday service at the Church of the Holy Name and Our Lady of the Sacred Heart in east London.