The procedure could have damaged the delicate motor controls she needs to play, so doctors woke her up to make sure they didn't make a mistake. 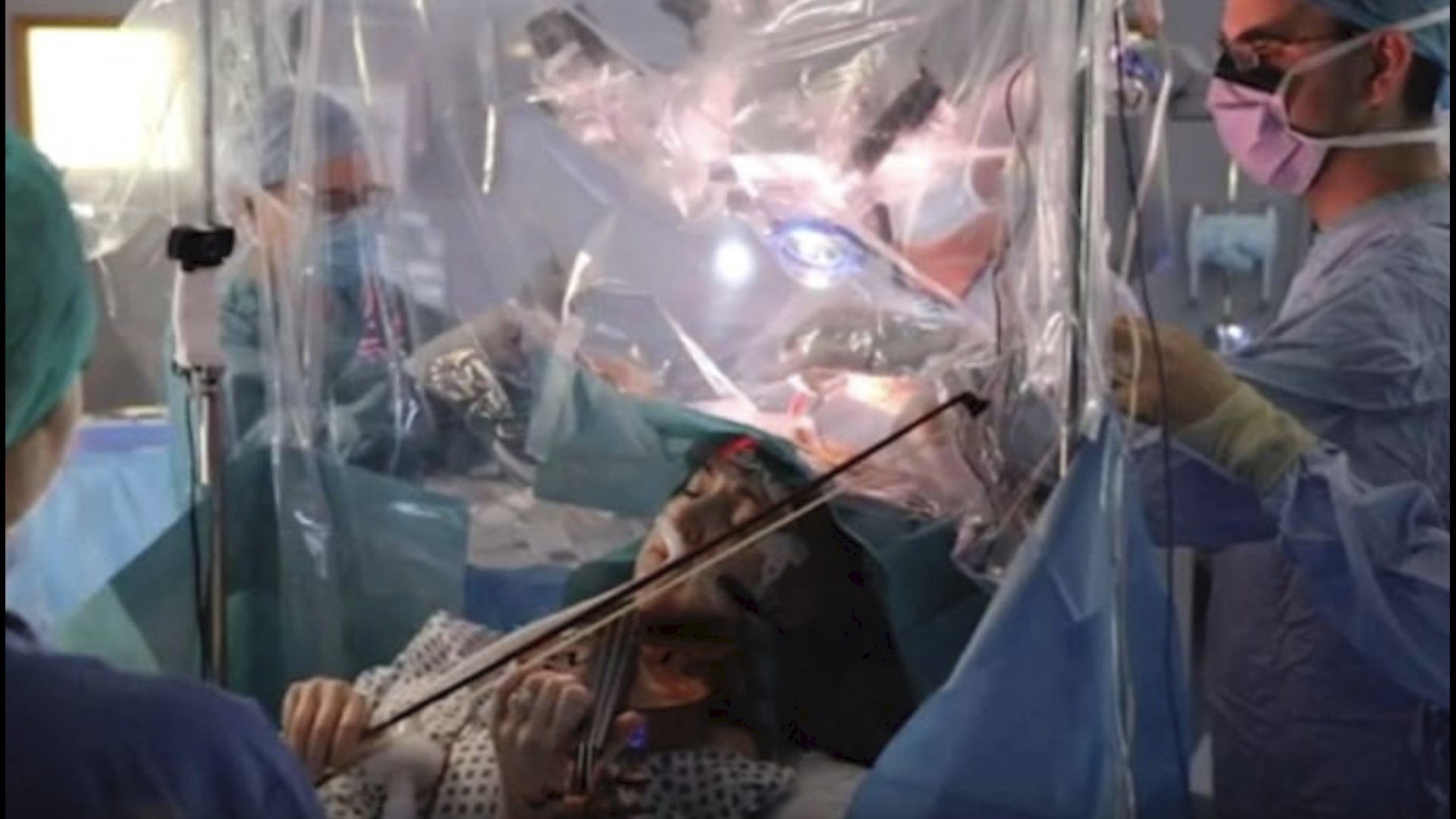 LONDON, UK — A violinist in Britain performed her instrument while doctors were performing brain surgery on her to remove a tumor.

King's College Hospital in London says Dagmar Turner, 53, with the Isle of Wight Symphony Orchestra, was diagnosed in 2013 with a large, slow growing glioma after suffering a seizure during a symphony. She'd been able to fight it off for years with radiation, but the tumor had become more aggressive last year.

The tumor was located in the right frontal lobe, close to an area that controls the fine movement of the left hand. To remove it without damaging those controls would be a "millimetre-precise procedure," the hospital said.

Doctors put Dagmar under anesthesia for the first half of the procedure while they opened her skull. Then, they woke her up and she began playing on the surgery table as doctors carefully removed the tumor.

“We knew how important the violin is to Dagmar so it was vital that we preserved function in the delicate areas of her brain that allowed her to play. We managed to remove over 90 percent of the tumour, including all the areas suspicious of aggressive activity, while retaining full function in her left hand," said Professor Keyoumars Ashkan, Consultant Neurosurgeon at King’s College Hospital. The hospital notes Ashkan holds a music degree and is an accomplished pianist.

Dagmar was able to return home three days after surgery and says she hopes to return to the symphony soon.

“The violin is my passion; I’ve been playing since I was 10 years old. The thought of losing my ability to play was heart-breaking but, being a musician himself, Prof Ashkan understood my concerns," Dagmar said.