At this wedding, the bride and groom were the crashers

A Florida couple invited guests to their wedding at their "dream home and estate.” The only problem was they didn't own it and didn't get permission to use it. 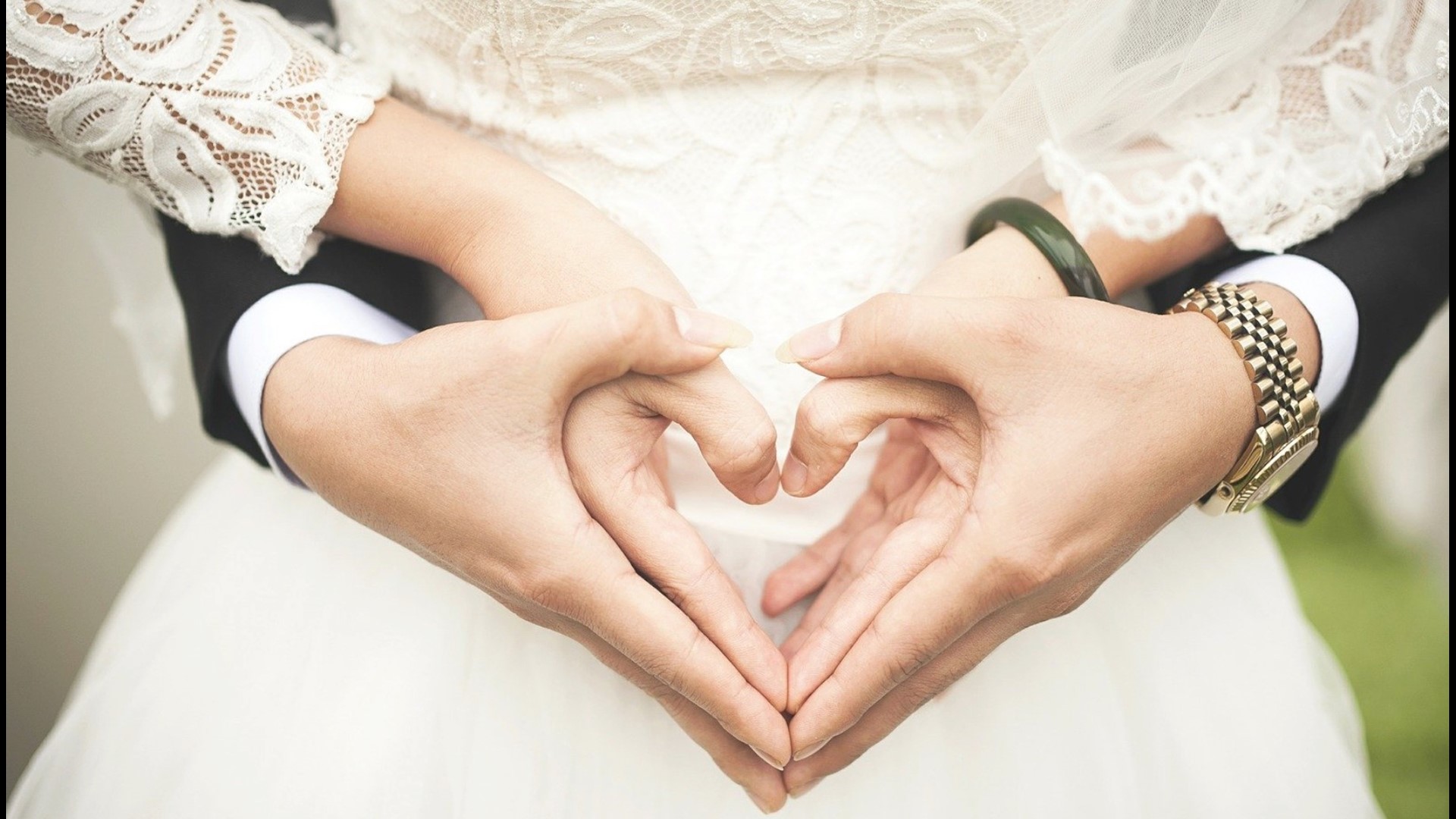 SOUTHWEST RANCHES, Fla — Courtney Wilson and Shenita Jones invited family and friends to their “dream home and estate” for their weekend wedding celebration: the ceremony Saturday, brunch on Sunday.

There was just one problem: The couple didn't own the 16,300-square-foot (1,500-square-meter) mansion and didn't have permission to use it.

The suburban Fort Lauderdale estate had everything: a bowling alley, swimming pool with a waterfall, hot tub, tennis courts, a gazebo and an 800-foot (240-meter) bar. Wilson said it was God's plan that the couple marry there.

But despite what the invitation inferred, the actual owner, Nathan Finkel, never gave them permission to hold the festivities there. He was stunned when Wilson showed up Saturday morning to set up and he called police, according to the South Florida SunSentinel.

“I have people trespassing on my property,” Finkel told a 911 dispatcher. “And they keep harassing me, calling me. They say they’re having a wedding here and it’s God’s message. I don’t know what’s going on. All I want is (for) it to stop. And they’re sitting at my property right at the front gate right now.”

Two officers told Wilson he would have to leave. He did and no charges were filed.

“I don’t want to talk about it,” Wilson told the paper.

This mansion was a perfect venue for their long-awaited wedding. But it wasn’t theirs. https://t.co/c1pViz52qk pic.twitter.com/OaS0Z4G1JW

Finkel, whose late father was an early IHOP restaurant franchisee, has been trying to sell the property for two years, now listing it for just over $5 million.

“A few months later, this guy asked Nathan if he could use Nathan’s backyard for his wedding,” Poliakoff said. “Nathan said no.”

But that didn't stop the couple from sending out elaborate invitations, detailing their love story: reconnecting 30 years after high school and how he proposed over pizza on Christmas Eve. The Saturday afternoon ceremony would be followed by a red carpet cocktail hour and a reception lasting past midnight. Sunday brunch would be from noon to 4.

“The guy figured it was a vacant house and didn’t realize Nathan lived on the property in a different home,” Poliakoff said. “This guy had no idea he lived there. You know the shock that must have been on his face when he showed up at the gate and the owner was home?”

Broward County records show a marriage license has been issued to the couple last week, but they had not registered as married by Wednesday.

RELATED: Will life milestones change amid a prolonged pandemic?