Capitol Police said they no longer rely on intelligence from outside agencies to monitor online chatter. 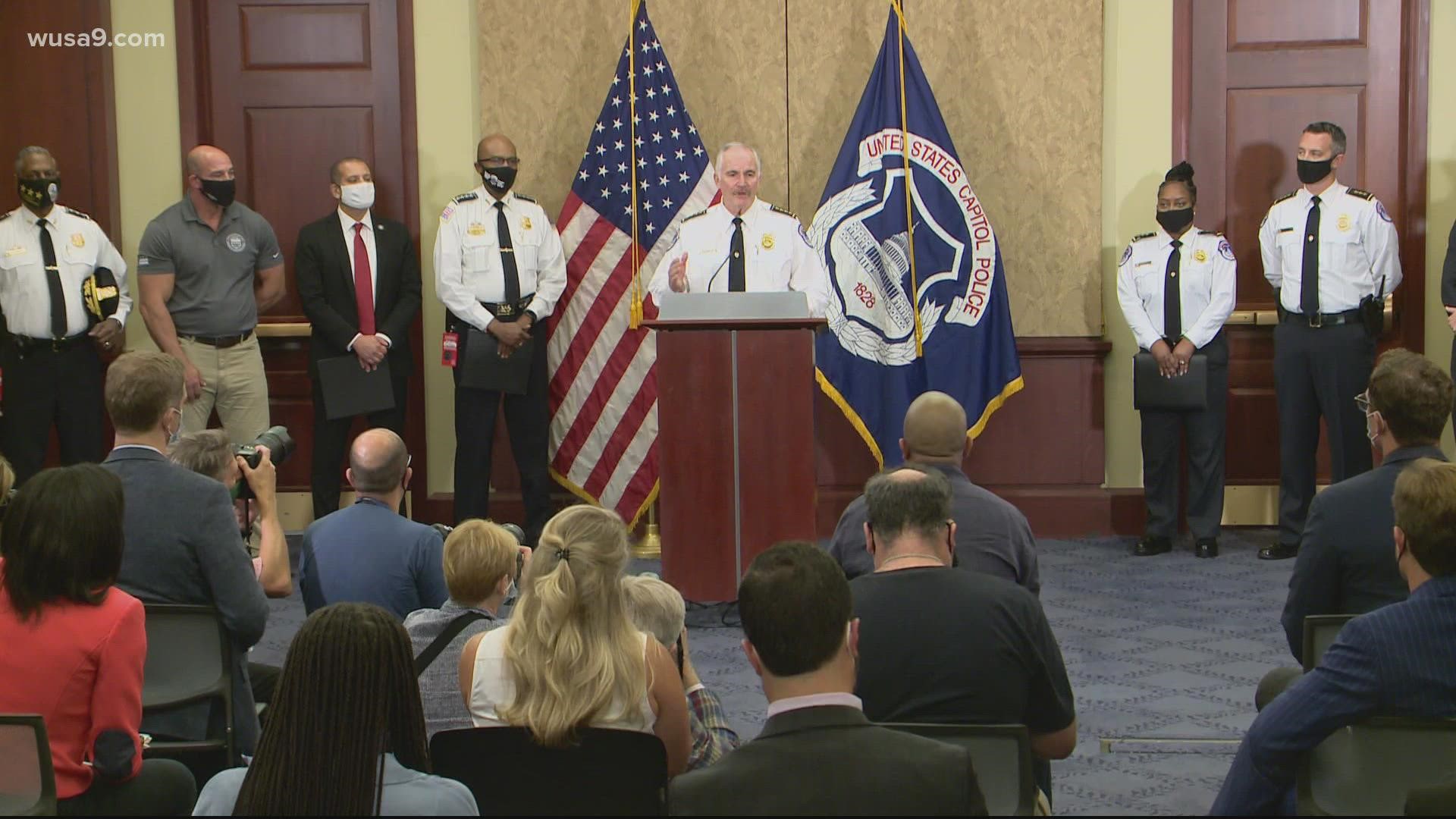 WASHINGTON — In a show of force, a wall of police leadership pledged they’ve learned the lessons of Jan. 6 and are ready for any group rallying for those charged with crimes connected to the insurrection. Leading the group is Capitol Police’s new chief, Tom Manger.

Manger adds Capitol Police are aware of counter-protest groups. “We’re aware of three groups and two of the groups haven’t had much of a history of violence. One of them has had some clashes before.”

“If groups are able to interact, we certainly don’t want them to have sight and sound of each other if need be,” said DC Metropolitan Police Chief Robert Contee.

Contee adding MPD will strictly enforce DC law forbidding any firearms 1000 feet from a protest. As for help, Chief Manger says he asked for an unarmed DC National Guard should the protest last longer than expected.

Meanwhile, Capitol Police Assistant Chief Yogananda Pittman says it no longer relies on other agencies to look at online threats of violence.

“That was prior to Jan. 6. We have now grown and expanded our intelligence operations and we have dramatically changed the way we process and share intelligence with our law enforcement partners at every level.”