The employee has been suspended pending the outcome of the investigation, authorities say. 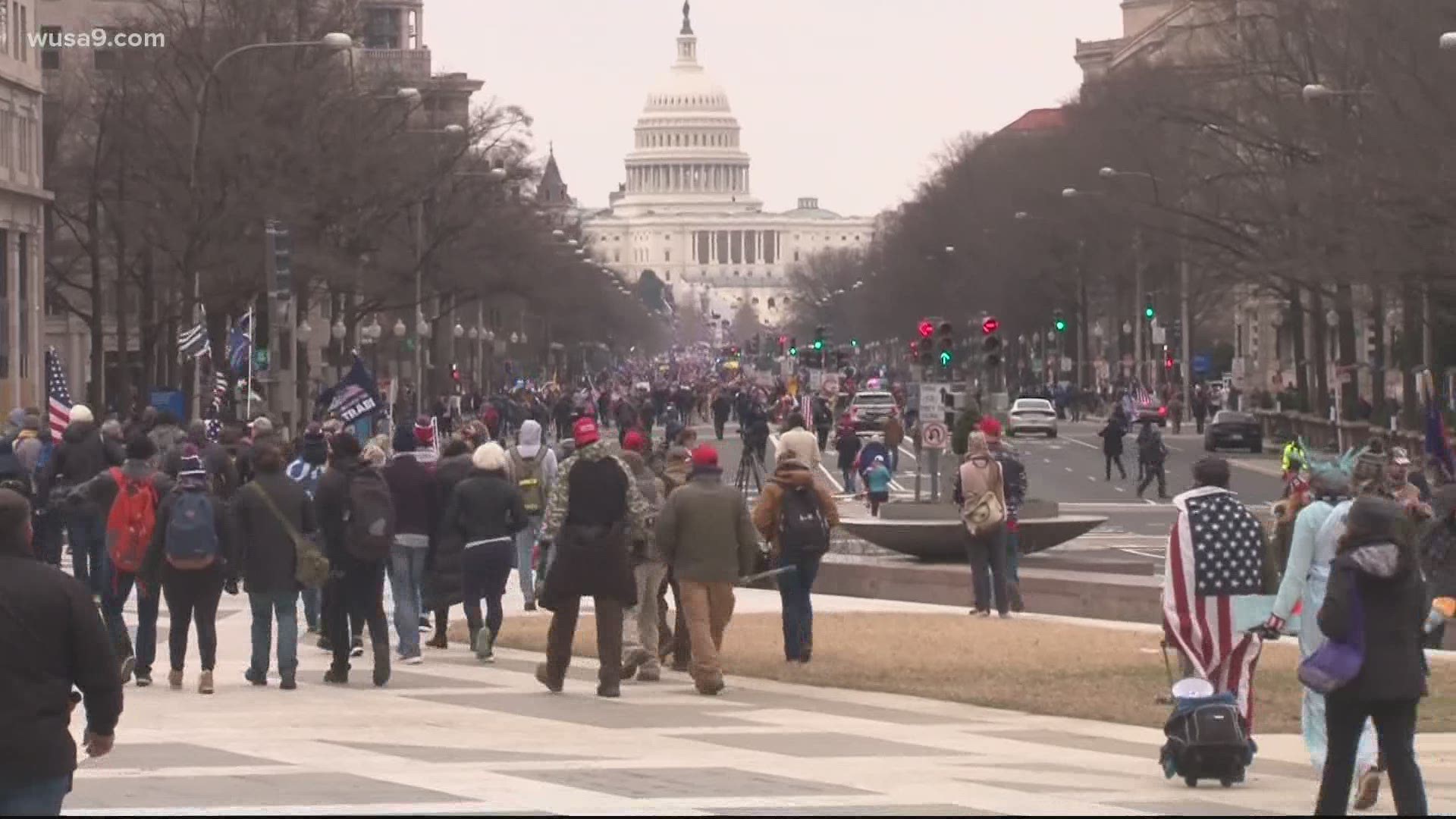 According to authorities, command staff received an internal complaint Tuesday of the unidentified employee’s possible involvement. Currently, CCSO does not have a reason to believe any other employees were involved in the riots. However, the Sheriff's Office said if they learn of any other staff violations, they will "take immediate action."

“I wanted to immediately inform the community of this investigation and reassure them that we are working with federal authorities to determine what the employee’s exact involvement was and determine whether there was a violation of laws or agency policies," Sheriff Troy D. Berry said in a release. "Let me be very clear: While I support lawful expressions of freedom of speech and assembly, I do not condone the violence or the threats to our democracy that we observed that day. Our agency will work hand-in-hand with federal authorities in this matter.”

The employee has been suspended pending the outcome of the investigation, authorities said.

Just yesterday, the Anne Arundel Police Department suspended one of its officers with pay pending an investigation into their involvement in the riots at the U.S. Capitol, according to a release from the department.

The name of the officer involved in the riots has not been released by Anne Arundel Police. It is not known if this officer has been charged with a crime.

So far, 19 people have been charged in federal court on charges related to the Capitol riot on Jan. 6.

Pictures of people that broke into the U.S. Capitol are being released by the FBI, DC Police and other law enforcement agencies.

To learn more about those who have been charged and to see pictures that police are looking for, click here.

RELATED: Here's who has been federally charged in the US Capitol riots