The FBI calls them a paramilitary group that believes in a "shadowy conspiracy" to strip Americans of their rights. 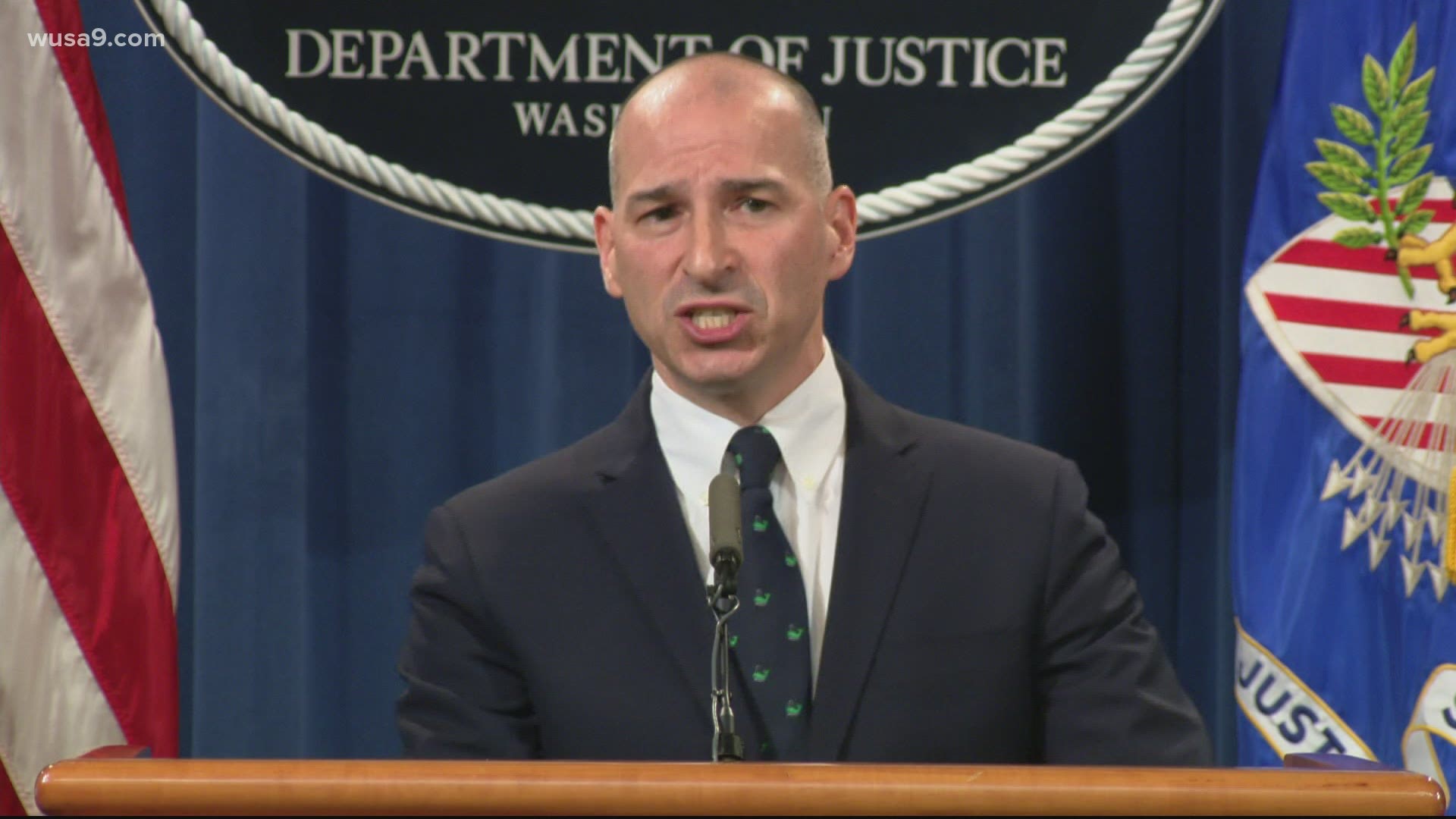 Editor's note: The video above is from Jan. 12.

Three self-described militia members from Ohio and Virginia faced federal charges Tuesday that they participated in the assault on the U.S. Capitol earlier this month.

Thomas Edward Caldwell, 65, of Clarke County, Virginia, appears to have a leadership role in the Oath Keepers, a paramilitary group that believes in a "shadowy conspiracy" to strip Americans of their rights, according to FBI investigators. It often recruits current and former military, police or other first responders.

An affidavit filed against Caldwell states that he was involved in the planning and coordinating of the Capitol breach with other members, including two people from Champaign County, Ohio. Federal documents identify them as Jessica Watkins and Donovan Crowl and state that they are members of the Ohio State Regular Militia, dues-paying members of the Oath Keepers.

Charging documents show messages between Caldwell and the others about arranging hotel rooms in the Washington area. In one Facebook message from Crowl to Caldwell, Crowl states: "Will probably call you tomorrow … mainly because … I like to know wtf plan is. You are the man COMMANDER."

The next day, federal authorities say that Caldwell sent Facebook messages regarding the Jan. 6 Capitol attack.

"Proud boys scuffled with cops and drove them inside to hide," Caldwell's message said, according to court documents. "Breached the doors. One guy made it all the way to the house floor, another to Pelosi's office. A good time."

Federal authorities said that Caldwell sent another message to an Oath Keepers leader encouraging them to storm Ohio's capital, Columbus.

Caldwell faces charges that include conspiracy and violent entry or disorderly conduct. He was arrested Tuesday. It was unclear if he'd hired an attorney. A message left Tuesday at his home in Berryville, Virginia, was not immediately returned.

Watkins and Crowl were being held at a county jail in Dayton, after being arrested Monday.

Federal investigators used social media posts and news media interviews the suspects gave to help identify them. The Ohio suspects each face three charges: entering a restricted building or grounds; violent entry or disorderly conduct, and obstruction of an official proceeding. No information was available immediately on whether they had attorneys yet.

It also wasn't clear immediately whether any of three had military or law enforcement experience.

They are among more than 125 people arrested so far on charges related to the Jan. 6 violent insurrection led by supporters of President Donald Trump, where a Capitol police officer and four others were killed. U.S. authorities last week announced arrests of a Cleveland-area woman and a Wilmington, Ohio, man on related charges.

The FBI stated in charging documents that Oath Keepers wearing helmets, protective vests and items with the group's name were seen to "move in an organized and practiced fashion and force their way to the front of the crowd gathered around a door to the U.S. Capitol."

"Yeah. We stormed the Capitol today. Teargassed, the whole, 9. Pushed our way into the Rotunda. Made it into the Senate even. The news is lying (even Fox) about the Historical Events we created today," she allegedly wrote. Watkins also posted that entry was forced through the back door of the Capitol.

The militia group appeared to be relatively new and small.