The environmental groups say Trump’s action is unauthorized by the Antiquities Act and the Constitution. 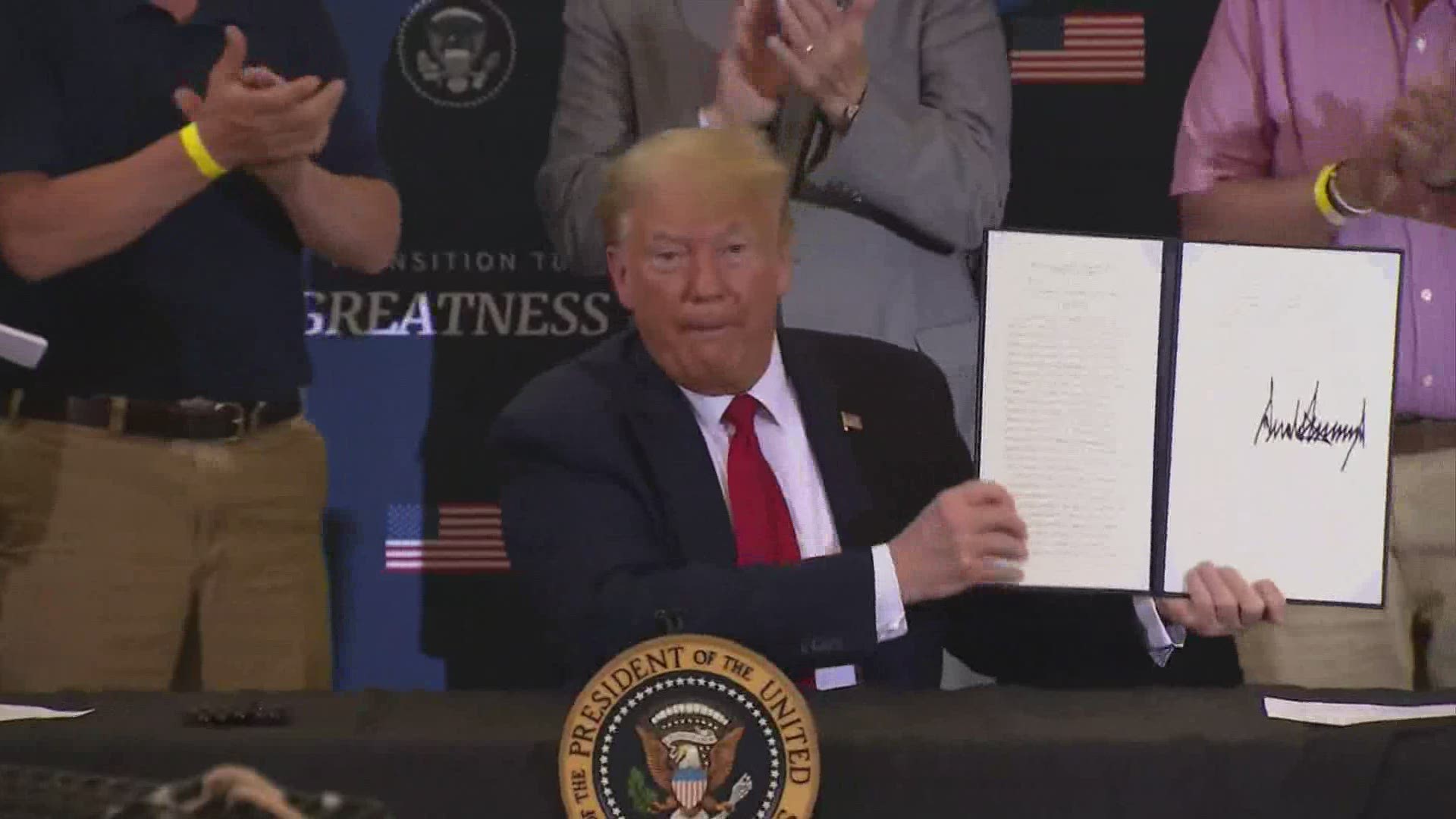 WASHINGTON, D.C., USA — A coalition of environmental groups has sued to stop the Trump administration from rolling back Obama-era conservation measures in the Atlantic Ocean. The groups filed their lawsuit in federal court on Wednesday in an effort to protect Northeast Canyons and Seamounts National Monument.

Marine national monuments are underwater areas designed to protect unique or vulnerable ecosystems. There are four of them in the Pacific. The Northeast monument, the only one off the East Coast, is also an area where fishermen harvest lobsters, crabs, and other aquatic commodities.

President Donald Trump signed an order early this month during his trip to Maine to allow commercial fishing in the area, which comprises some 5,000 square miles east of Cape Cod.

Conservation Law Foundation, Center for Biological Diversity, the Natural Resources Defense Council, and Zack Klyver, a marine scientist and naturalist with the Bar Harbor Whale Watch Company in Maine, filed the federal suit against President Trump, Secretary of the Department of the Interior David Bernhardt, Secretary of the Department of Commerce Wilbur Ross, and Administrator of the National Oceanic and Atmospheric Administration Dr. Neil Jacobs.

The environmental groups say Trump’s action is unauthorized by the Antiquities Act and the Constitution. It also says Trump’s proclamation violates the separation-of-powers doctrine.

“Trump’s order was illegal because he can’t just declare commercial fishing is allowed in a protected marine monument,” Kristen Monsell, an attorney at the Center for Biological Diversity, said in a statement. “The Seamounts monument was created to permanently safeguard this amazing ecosystem and vulnerable species like the endangered sperm whale. Presidents can’t be allowed to gut protections by decree as a favor to commercial fishermen.”

In 2018 the Trump administration defended the monument and asked a judge to dismiss a lawsuit from commercial fishing organizations who challenged the monument’s designation and ban on fishing.

Fishing groups from Massachusetts, New York, Rhode Island, and New Jersey were among those who opposed the monument. A federal district court rejected their claims and the decision was upheld in December 2018 by the Court of Appeals for the District of Columbia Circuit.

As argued in the 2018 case, the recent filing also cites the Antiquities Act, which gives the president clear authority to establish national monuments.

“[The Antiquities Act] does not give the President the opposite power to revoke those protections,” the lawsuit argues. “Congress retained that latter power for itself. The Trump Proclamation was wholly without statutory or constitutional authority and is therefore unlawful.”

Zack Klyver says, “Trump’s attack on New England’s prized marine monument is one I take personally. We need to protect our oceans and their abundance of marine life for future generations to experience."

After Trump made the proclamation earlier this month after visiting with Maine fishing industry leaders at a roundtable in Bangor, Oceana, the largest international advocacy organization focused solely on ocean conservation, called Trump's proclamation "another nail in the coffin" for fisheries and healthy oceans in New England.

Credit: AP
President Donald Trump hands pens out after signing an executive order on commercial fishing after speaking at a roundtable discussion with commercial

The lawsuit says, “President Trump’s action is based on considerations outside the Antiquities Act, lacks any adequate legal or factual justification, and is inconsistent with the proper care and management of the objects to be protected in the Monument.”

The White House did not immediately respond to NEWS CENTER Maine's request for comment.