On The Rise: Gas prices go up across Hampton Roads

Drivers are feeling the pain, and AAA says rising crude oil prices are to blame. 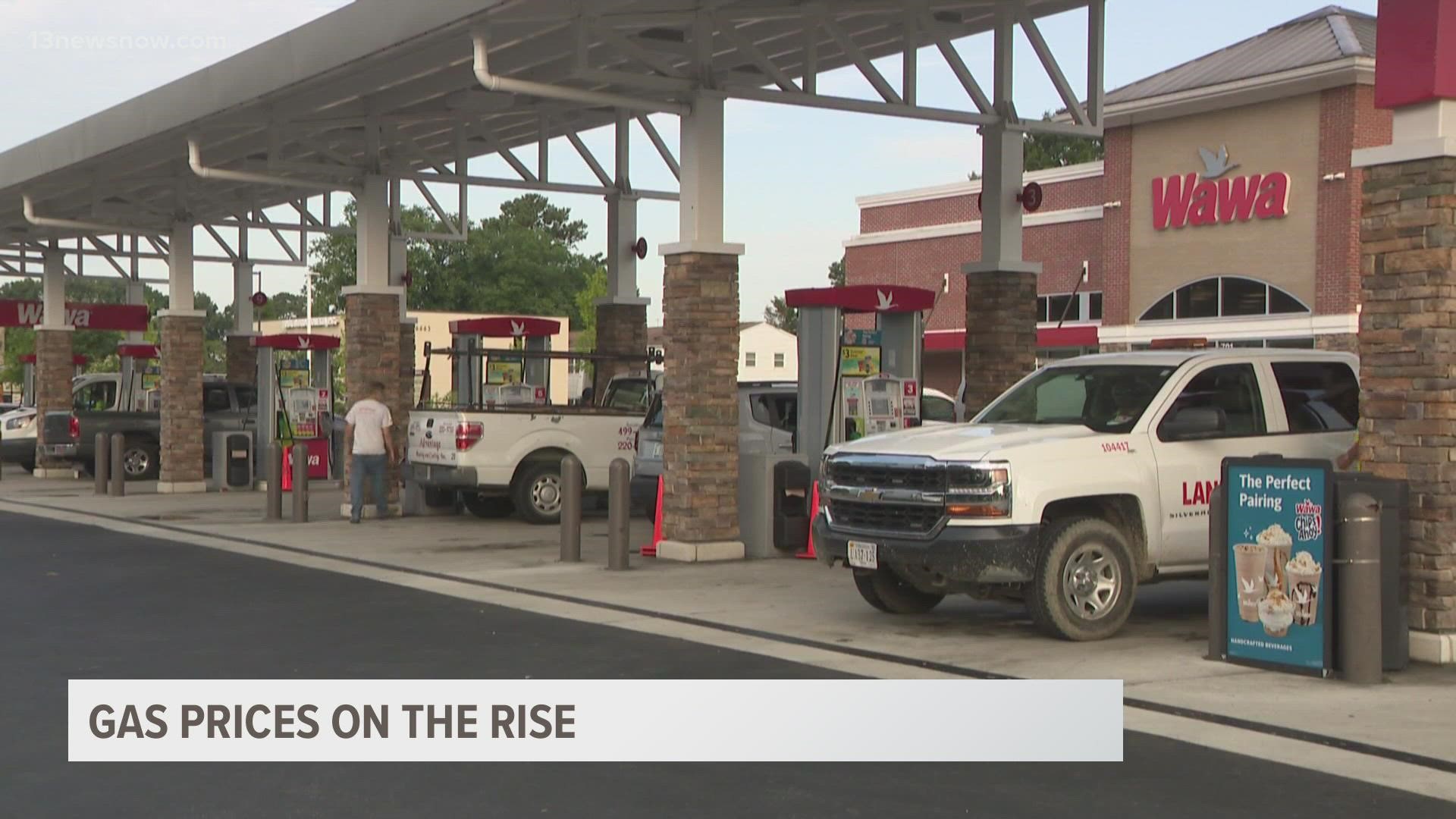 NORFOLK, Va. — It’s something you might have noticed on your way home from work this week: rising gas prices.

According to AAA, the average price for a gallon of gas in Hampton Roads has jumped to more than $3 per gallon.

“It’s one of those choices that you got to do it; So let me go ahead and drop this 50 dollars right quick. Gas has become a bill," Hawkins said.

AAA’s Holly Dalby says the price of crude oil typically accounts for about 50 to 60 percent of gas prices.

“The price of crude oil is the primary factory driving our price at the pump,” Dalby said. “And then we’ve also had a slight uptick in gasoline demand on top of that.”

So, what does the future hold?

“Gas prices can fluctuate so much in a day or a week, so I hesitate to really predict where we’re going to be in a month or the holidays – or anything like that, but I would suspect that prices will go up a little more before they stabilize or even start to fall," Dalby said.

And last week, petroleum exporting countries decided not to move forward with an agreement to increase production -- leaving drivers like Hawkins spending more money at the pump.

“High as a commuter area that we’re in, I guess yeah make your money - but really?" Hawkins said. “I think it's ridiculous that the price of gas is just fluctuating so much and it’s just constantly going up.”

“There are certainly many more vehicles on the road now that there were a year ago and a year and a half ago during the height of the pandemic," she explained.

There was a pipeline spill at the beginning of the month in Alabama. But Dalby said that only affected supplies to the western part of the state, not Hampton Roads.