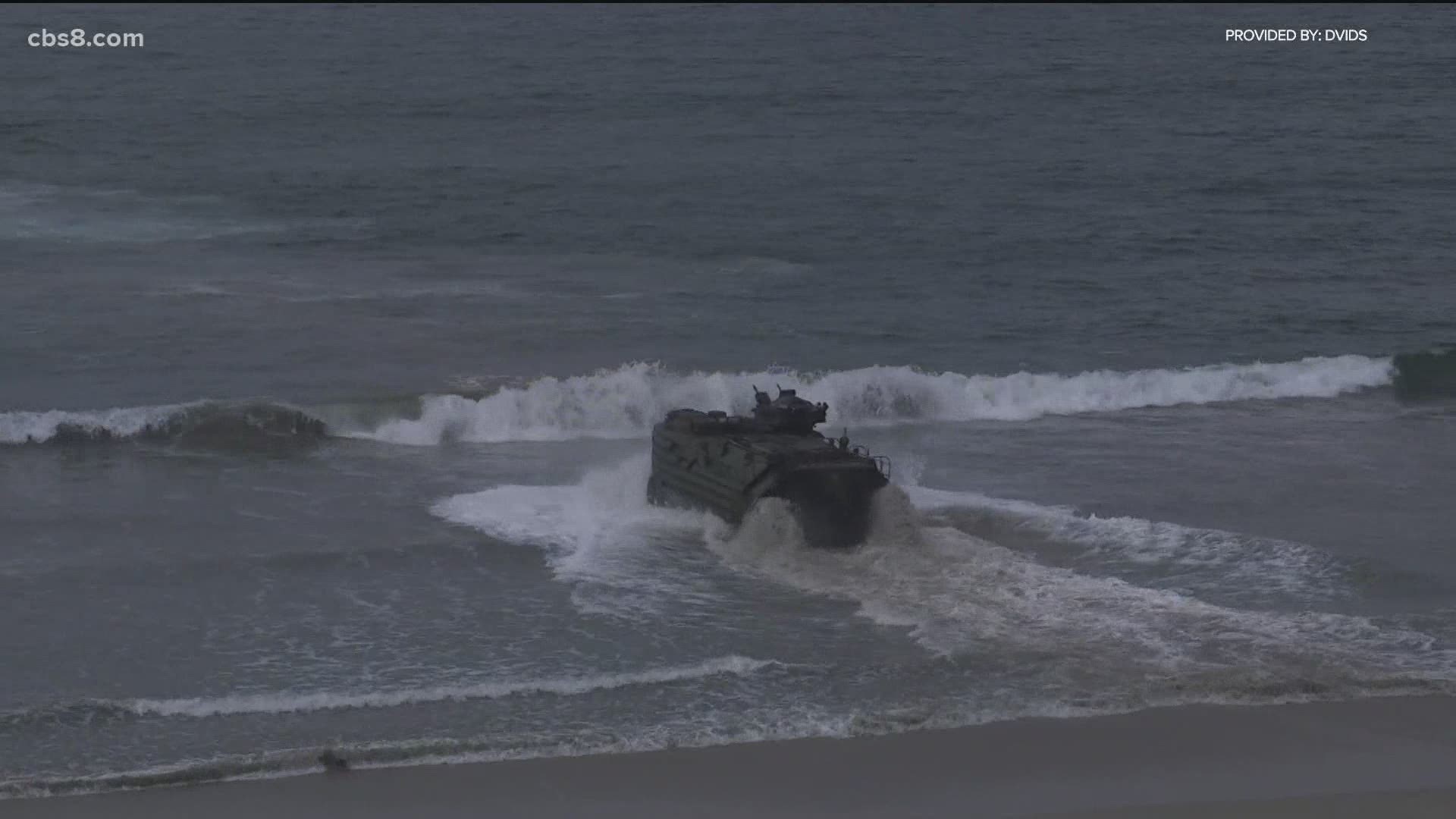 CAMP PENDLETON SOUTH, Calif. — At least one Camp Pendleton based Marine is dead after an accident off the San Diego coast.

Amphibious assault vehicles, which weigh 26 tons, move on tank-like tracks and can operate on land and swim in water, are used to transport Marines from ship to shore. They've been in use by the Marines since the early 1970s and are currently set to be replaced by the amphibious combat vehicle, now in development.

Two Marines were transported to Scripps Memorial Hospital, where both were described as "stable" by Marine officials during Friday's press conference.

The name of the deceased will be withheld until 24 hours after next of kin have been notified.

According to Lt. Gen. Joseph L. Osterman, commanding general, I MEF, the group had completed training and were on the way from the island back to the ship.  They were more than 1,000 meters off of San Clemente beach at approximately 5:45 p.m. PST when they signaled to the rest of the unit that they were taking on water. Immediate response was provided by two additional AAV and the safety boat that is always accompanying ships in water operations.

According to officials, the AAV had completed the training on the island and were heading back to the ship. They were more than 1,000 meters off San Clemente beach before they reported they were in distress.

Search and rescue efforts are ongoing to recover the remaining eight service members. Officials believe that the vehicle completely sank and is in "several hundred feet of water" as the ocean floor drops off quickly.

15the MEU Commanding Officer, Colonel Christopher Bronzi said, “We are deeply saddened by this tragic incident. I ask that you keep our Marines, Sailors, and their families in your prayers as we continue our search.”

In September 2017, an  amphibious assault struck a gas line and caught on fire on Camp Pendleton, sending 14 Marines and a sailor to the hospital with serious burns.

Six years before that accident, another Marine died on Camp Pendleton when an AAV sank 300 feet off shore.

Former Marine Nate Eckman recalled what it was like being inside an amphibious assault vehicle during training drills.

It's extremely claustrophobic and just unpleasant," Eckman told CBS News "I remember us saying we would have rather hiked the distances we had to rather than be carried by an AAV."