The sailors were gone for nearly seven months. They spent all their time on their ships and had no port calls because of the coronavirus pandemic. 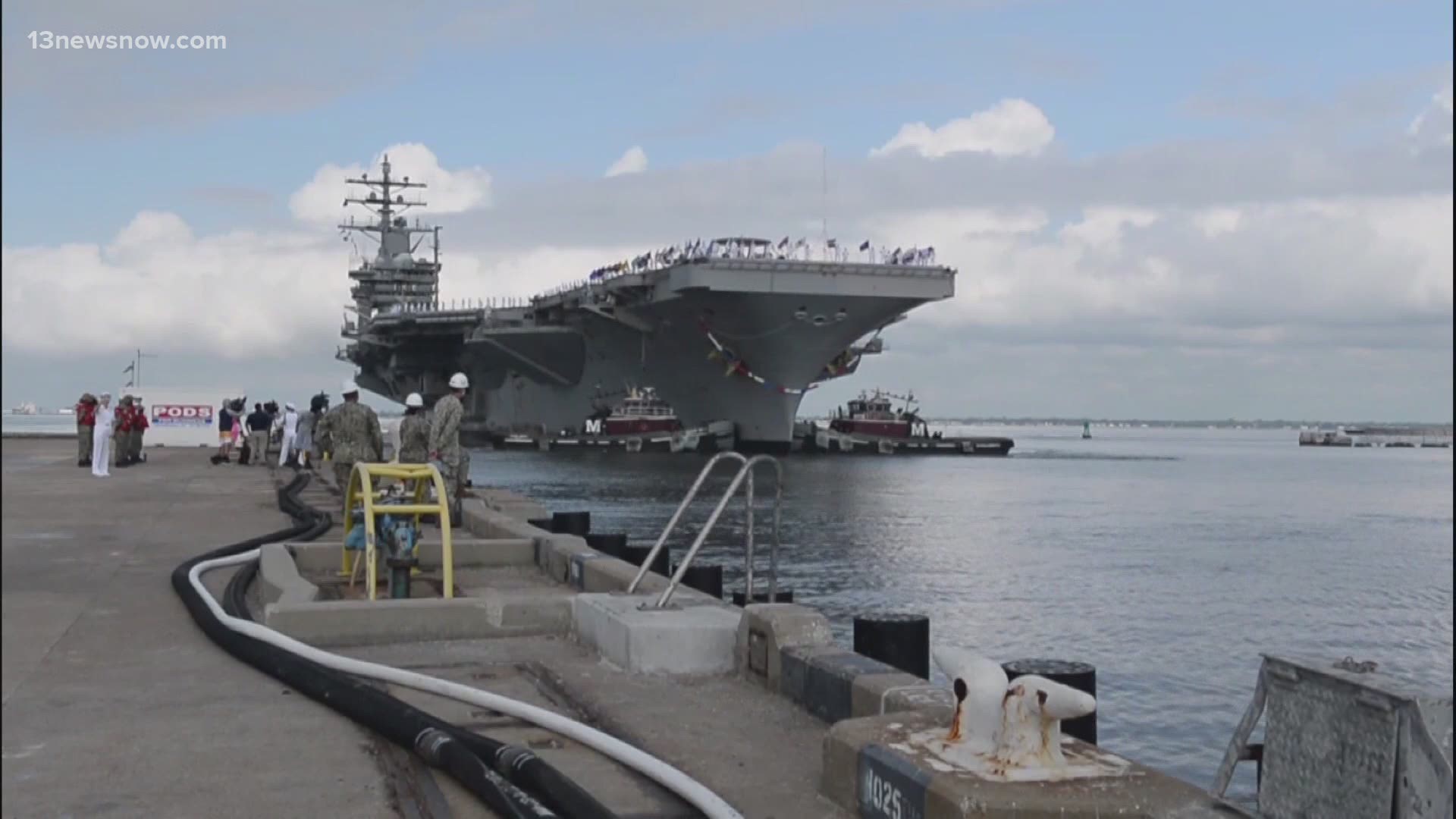 NORFOLK, Va. — About 1,100 sailors who left Hampton Roads on January 17 returned from deployment on Monday. Because of the coronavirus pandemic, they spent the entire time aboard their warships and got no port calls.

The crews returned after sailing more than 60,000 nautical miles

Their job as part of the USS Dwight D. Eisenhower Carrier Strike Group for nearly seven months was to maintain maritime stability and security and ensure access, deter aggression, and defend the U.S., allied, and partner interests.

While in U.S. 5th Fleet, the ships participated in "Operation Sentinel," providing freedom of navigation and the free flow of commerce in and out of the heavily transited maritime chokepoints in that part of the world.

The Navy says these operations were instrumental in maintaining stability throughout the region.

"Our presence and our patrols both on the sea and in the air have provided safe passage for the waterways in the Strait of Hormuz, Strait of Bab el-Mandeb and Gulf of Oman and the Arabian Gulf," said Rear Admiral Brendan McLane, Commander, Carrier Strike Group 10.

The three returning ships on Monday follow the Eisenhower and the USS San Jacinto, which came back on Sunday.

The guided-missile destroyer USS Stout remains on deployment and will return to Norfolk at a future date.