Al Qaida suicide bombers blew a 40-foot by 40-foot hole in the side of the destroyer off the coast of Yemen 19 years ago. 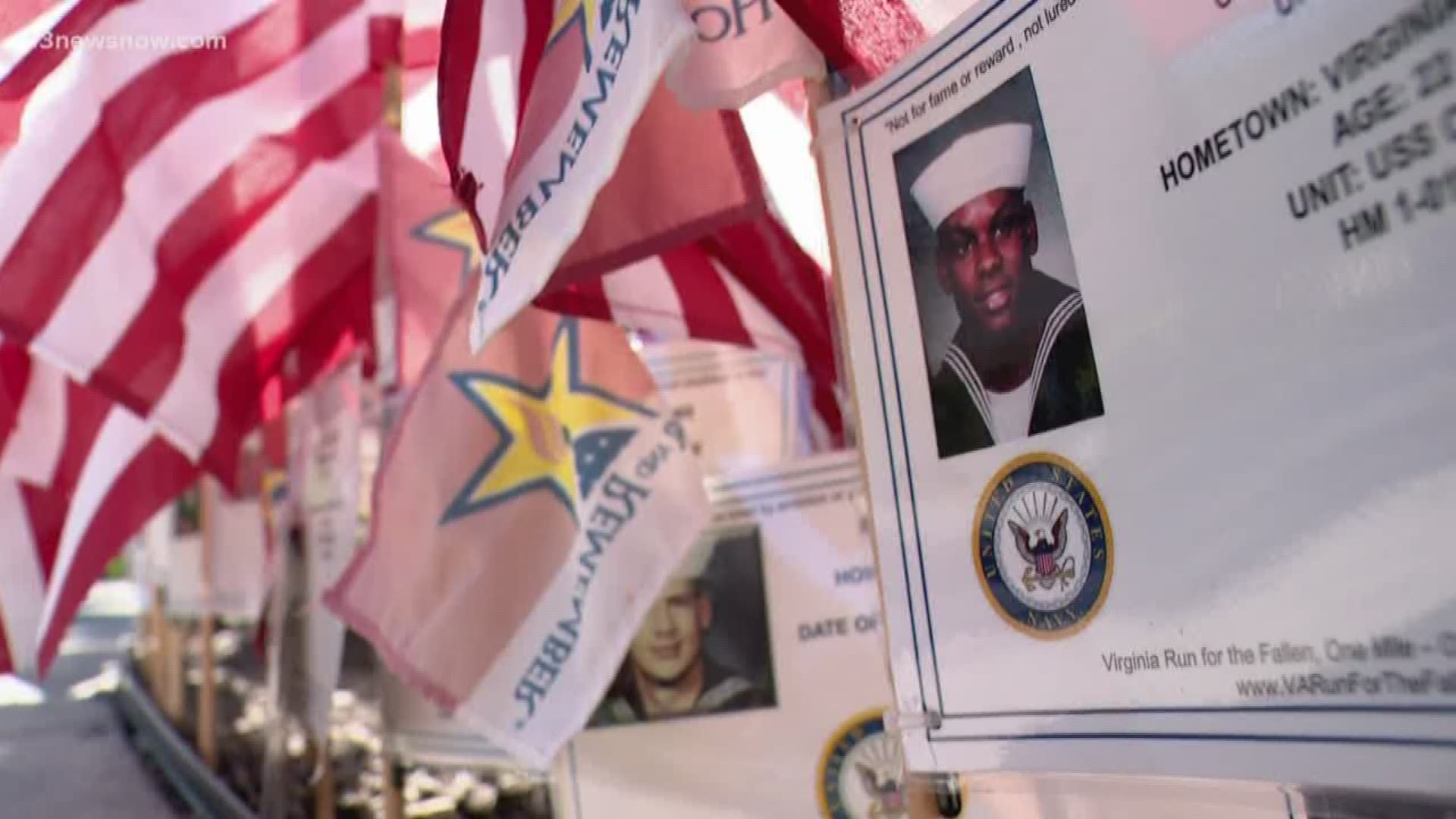 There are seventeen flags for the seventeen sailors who died aboard the USS Cole, nineteen years ago.

"Losing a child is one of the worst hurts that you could ever endure,” she said. “And people who haven't lost a child have no idea."

Mona's son Cheronne was one of the Cole crew members who died on one of the darkest days in Navy history when Al Qaida suicide bombers blew a 40-foot by 40-foot hole in the side of the destroyer off the coast of Yemen.

"We don't want people to forget the sacrifices Gold Star families make when they lose a loved one,” she said.

After a litany of seemingly endless appeals and delays in the military commission's process, Cole's family members are dismayed at the slow pace of justice.

Alleged master-mind Abd al Rahim al Nashiri, faces the death penalty, but, he still sits behind bars at Guantanamo, having never gone on trial after all these years.

"It was murder,” said Gunn. “Those 17 sailors were murdered. We look for justice. But I don't think we'll get justice. The only justice I think happened when Seal Team 6 went in there and got Osama bin Laden."