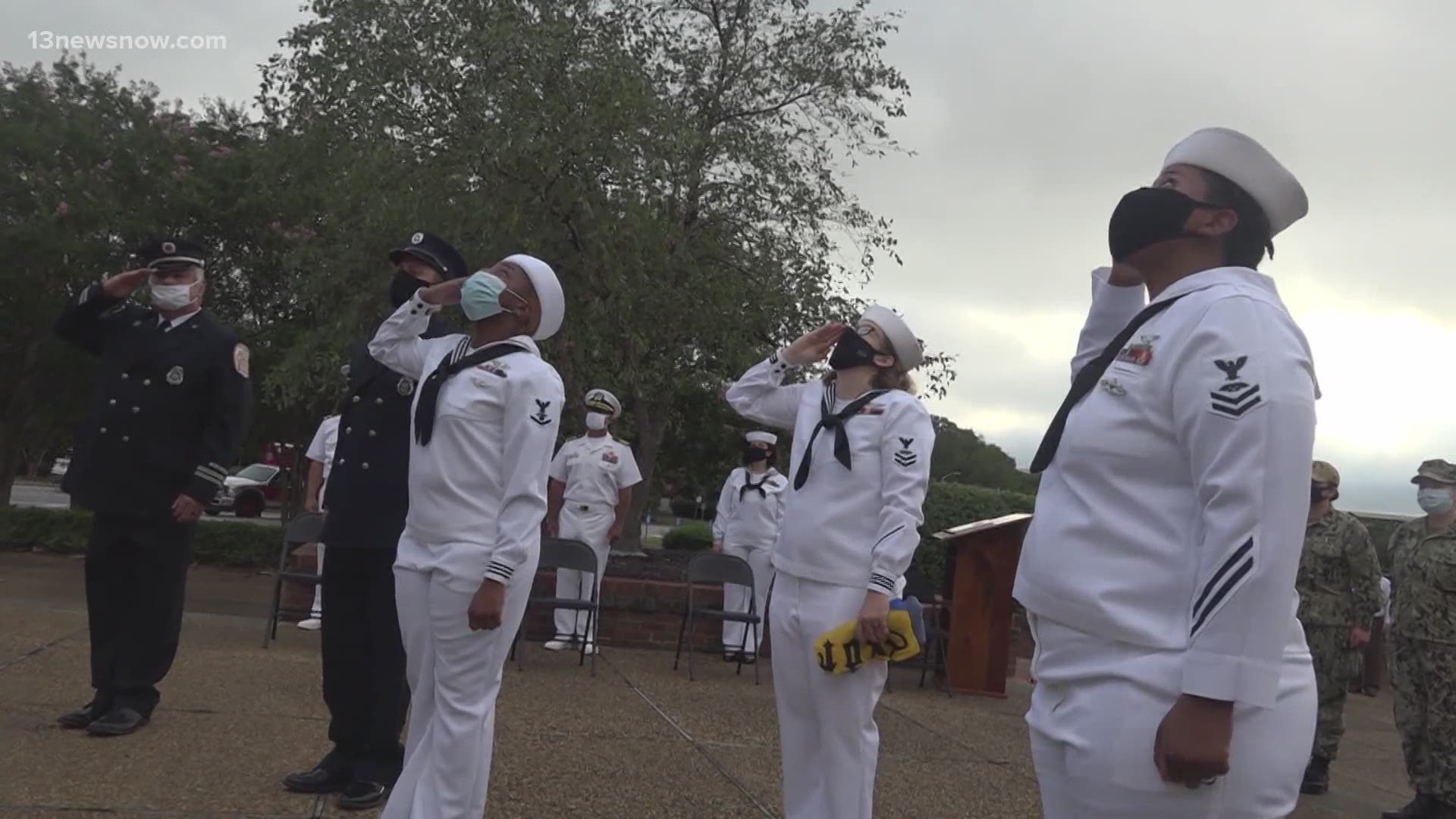 Sailors, some of whom may not even have been born that awful day, gathered at Naval Station Norfolk for morning colors, to stand solemnly and observe as Old Glory was unfurled.

The commanding officer of the world's largest Naval base said the lessons from 9/11 are still very much applicable today nearly two decades later.

"Oh, absolutely," said Capt. Vince Baker. "You know, it shows that the homeland is no longer a sanctuary and we cannot let our guard down."

The day is very personal for first responders like Yonkers, New York native and Navy Region Mid-Atlantic Fire Captain John Michin, who says the 9/11 story must always continue to be told.

"Yes, always keep telling the tale and never forget," he said. "That's a motto we need to drill into all these young kids' heads: never again, never forget."

On the Peninsula, Hampton Veterans Affair Medical Center Police Department Sergeant Bryan Skipworth did what he does every year:he ran with an American flag to honor the fallen.

Meanwhile, back at the Navy base, the ship named for the Pentagon 9/11 crash site also took time to reflect and remember. The USS Arlington crew held a formal ceremony, and sailors also participated in a memorial run.

"With everything that's going on with the pandemic and everything else, I think we have a tendency to forget the past a little bit," said the Arlington's commanding officer, Capt. Christopher Hill. "So our duty as a ship, and our motto is, to never forget."

Nineteen al-Qaida terrorists hijacked four airliners that day and crashed them into the World Trade Center in New York City, the Pentagon, and into a field in Pennsylvania.