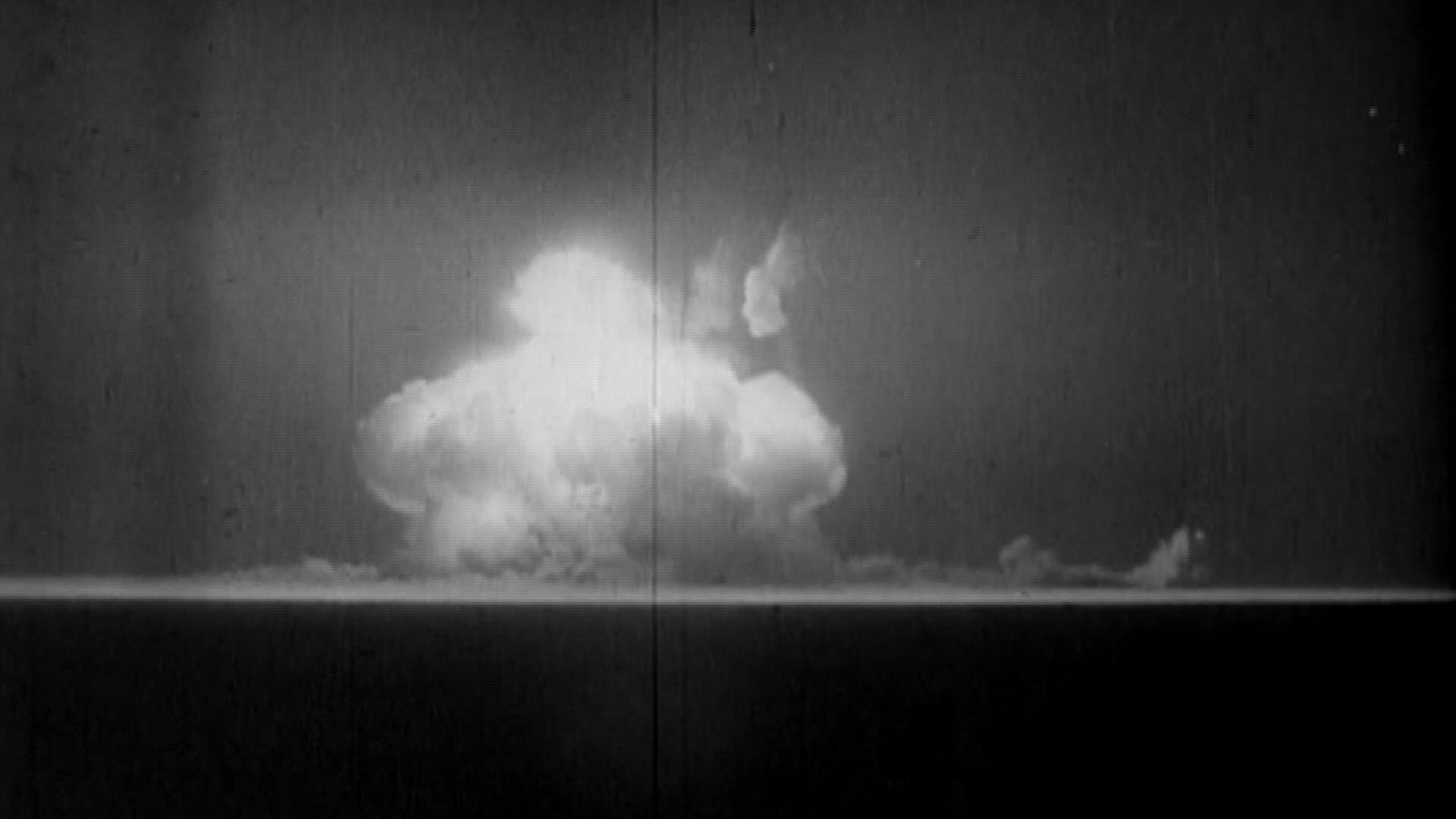 CORONADO, Calif. — Seventy-five years ago, on August 14, 1945, World War II ended after two atomic bombs were dropped on Japan and the country surrendered. In this Zevely Zone, I went to Coronado to meet an Army veteran who witnessed the atomic bomb's power first hand.

"We were instructed to turn our backs to Ground Zero," said 90-year-old Dick Rosenberg. He is one of the few people on this planet who can tell this story. I asked him, "How many explosions did you witness?" He told me, "18."

In 1955, Rosenberg was an Army Corporal and the personal secretary to Brigadier General Fred Sladen Jr. with a top secret assignment. "This was beyond top secret," said Rosenberg.

The Nevada Test site was located several miles outside of Las Vegas and when the bombs went off Dick was told to turn around and cover his face. "There was this rustling of dirt and all kinds of material on the ground and then boom the detonation exploded. It knocked us off our feet and we were a mile away," said Rosenberg.

Dick Rosenberg said they could only test the atomic bomb on clear days with no wind radiation in order to prevent radiation from spreading to nearby cities.

Seventy-five years ago on August 14, 1945, World War II ended when Japan surrendered after two atomic bombs were dropped on Hiroshima and Nagasaki killing by some estimates more than two hundred thousand people. "That was not good because all of the information that I've gathered confirmed that the war was so much in our favor that there was no necessity to drop the bomb," said Rosenberg.

All of these years later, Dick says he's healthy. "Absolutely although interestingly enough a couple of years ago, out of the blue, I had bladder cancer."

Rosenberg says since then he's made a full recovery and outlived the love of his life, Jackie, by 36 years. "That's my beautiful professional model wife. The picture confirms the fact that opposites attract ha, ha, ha."

I picked up a letter of accommodation which read, "You can look back on your service with pride and with the knowledge of a job well done." Dick simply said, "Yes sir." When I thanked him for serving his country he said, "Thank you very much. Yes sir."

And there he sits, a man with his memories and one incredible story.