Sailors re-enlist on board the deck of Battleship Wisconsin

Together the sailors will serve a combined total of 232 years, advancing 38 of the 39 sailors to Petty Officer Second Class. 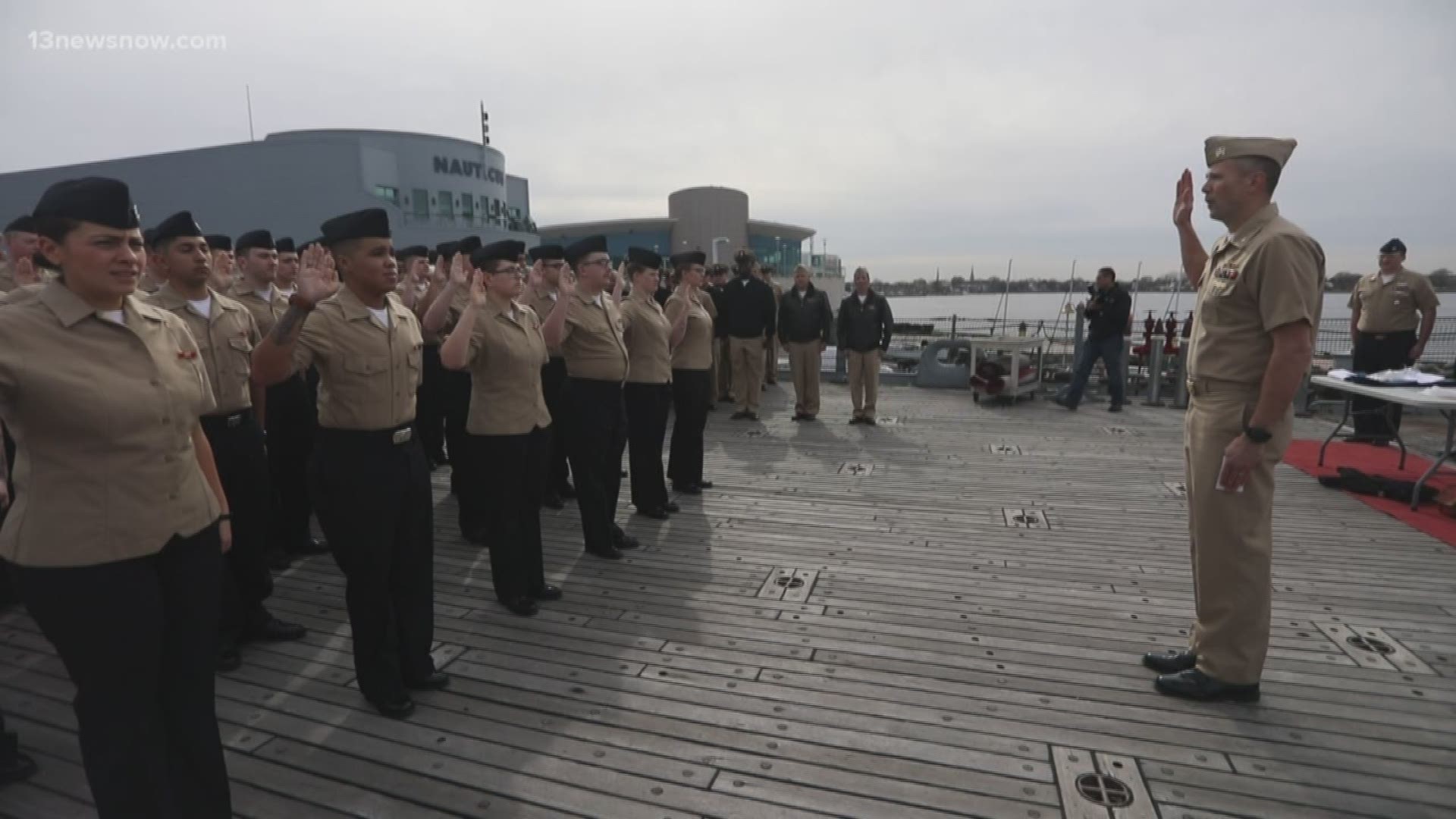 Together the sailors will serve a combined total of 232 years, advancing 38 Sailors to Petty Officer Second Class.

Selective Reenlistment Bonuses are reenlistment incentives used to maintain desired manning in specific ratings and NEC'S. SRB levels are subject to change in response to the needs of the Navy in managing community manning. The STAR Program offers career designation to first-term enlisted members who enlist or reenlist and are eligible for a variety of career incentives.

Pre-Commissioning Unit (PCU) John F. Kennedy (CVN 79) is the second aircraft carrier to honor John F. Kennedy for his service to the nation, both as a naval officer and as the 35th President of the United States.