Navy's top admiral says size of the fleet could shrink

Admiral Mike Gilday tells the Senate Appropriations Committee that without an increase in funding, the fleet could go down from its current level of 296 ships. 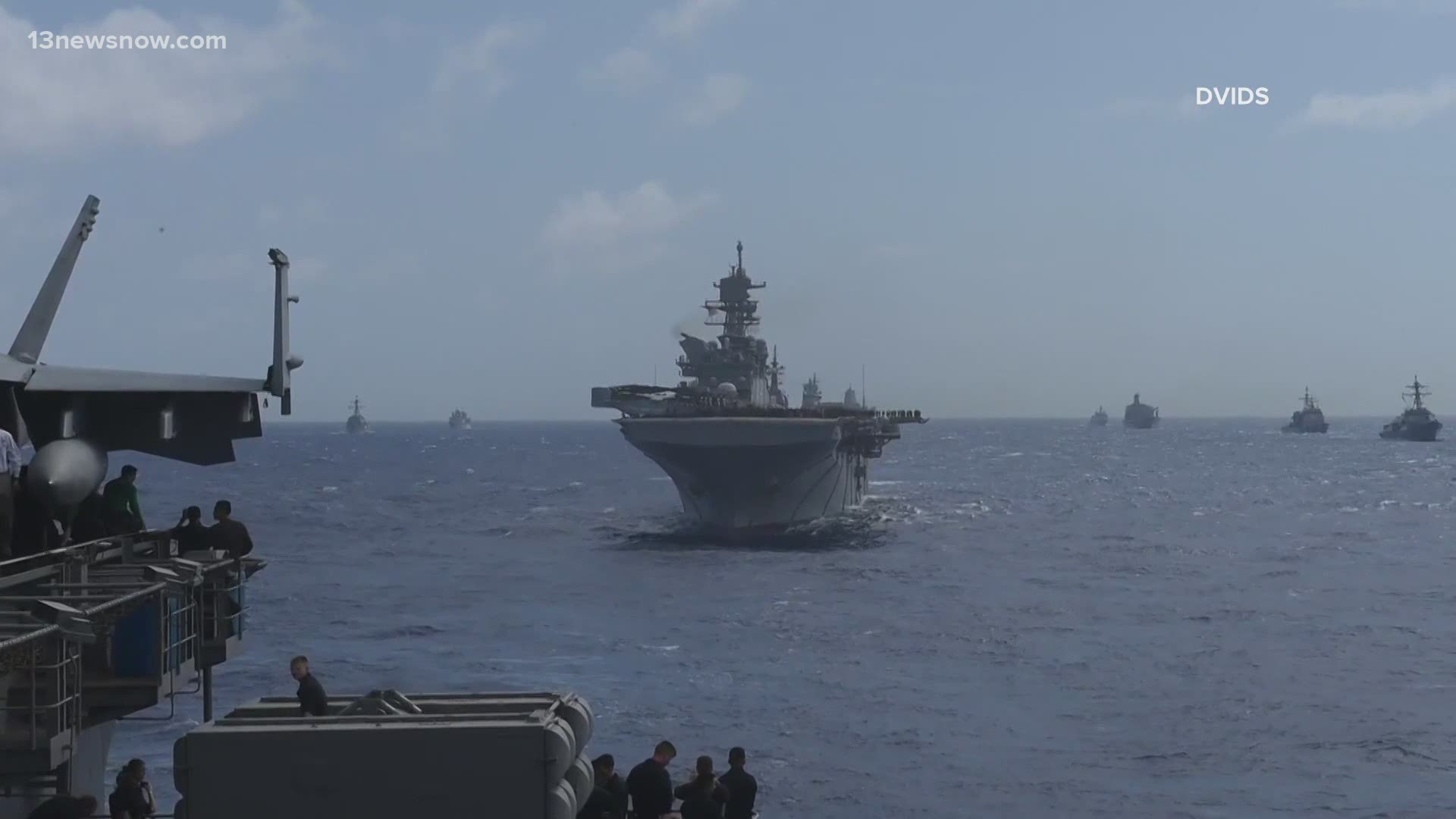 WASHINGTON — Unless there is more money coming, the size of the Navy's fleet will get smaller. That word Thursday came from the Chief of Naval Operations.

The Navy is asking for more than $211 billion for the Fiscal Year 2022 budget. Under that proposal, the Navy would inactivate 15 ships, including seven guided-missile cruisers.

"If the Navy's top line remains flat or goes down, the size of our fleet will shrink," said Gilday. "Nevertheless, we are determined to deliver the most ready, the most capable, and the most lethal Navy we can with the budget we are given."

Gilday told lawmakers that the service's budget is trying to balance the need to pursue new capabilities and technology, while trying to maintain and modernize the 296 ships it already has.

During a separate hearing on the same issue on Wednesday, Rep. Elaine Luria (D-Virginia, 2nd District) questioned the Navy's FY 2022’s proposal to inactivate 15 ships and the service’s overall "divest to invest" approach to the budget.

Luria said that while the Navy is looking to the future, she’s struggling to see what the Navy’s current approach is to a more immediate threat in the Indo-Pacific region.

“As I’ve said many times, as many of my colleagues have echoed today, you know we’re looking at this Battleforce 2045 -- a plan that’s far off -- a 355-ship goal that we’re never going to get to when we decommission more ships every year than we actually build, and it causes a great concern because I think there’s an urgency,” Luria said. “I mean, what are we going to do in 2025 to counter this threat?”