US ramps up evacuations, GOP ramps of criticism of Biden's Afghanistan plan

The U.S. military has evacuated more than 12,000 people from Kabul since Monday. 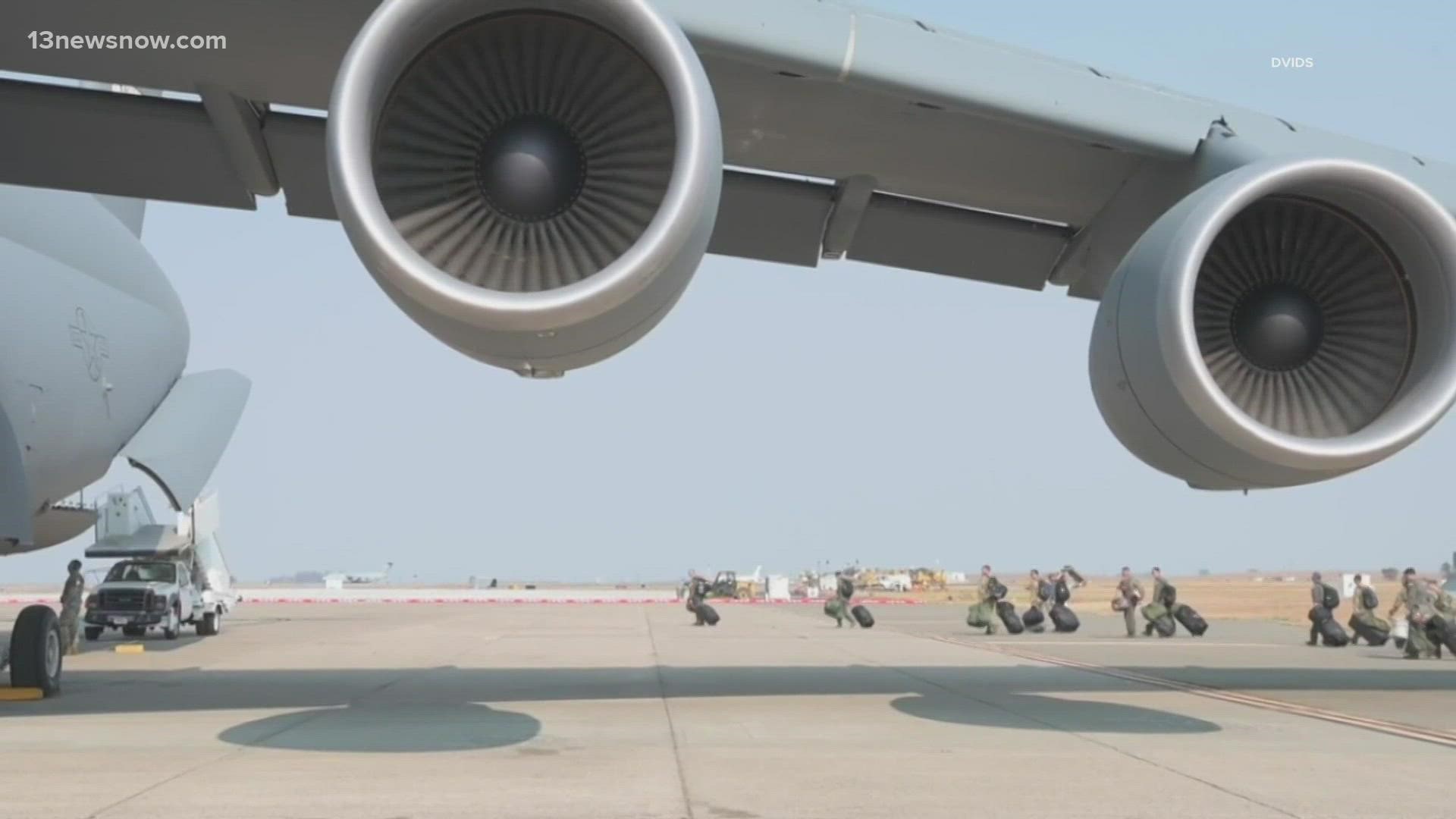 WASHINGTON, D.C., USA — The past 24 hours are being called the best yet, in terms of the number of people moved out of Afghanistan.

Since Monday, U.S. military and coalition aircraft left Hamid Karzai International Airport in Kabul with another 12,700 individuals, bringing the totals to 58,700 since the evacuation operation began on August 14th, or, 63,900 since the end of July.

"We remain focused on the mission of bringing as many people home as we can and as quickly as we can," said Major General Hank Taylor, Deputy Director of the Joint Staff For Regional Operations.

But Pentagon leaders still could or would not say exactly how many of the evacuees are Americans.

"I would just tell you in general, thousands," said John Kirby, Pentagon Press Secretary. "We know, several thousand Americans have been safely evacuated. I understand that's not the degree of specificity that you want, but, that is as far as I'm going to be able to go today: several thousand."

"There's no possible way that we can get every American that's still in Afghanistan out in the next seven days," said House Minority Leader Rep. Kevin McCarthy (R-California).

Rep. Mike Rogers (R-Alabama) was highly critical of the President.

"That is reckless and it is going to leave blood on people's hands," he said. "And everything about this situation we're in now is Joe Biden's fault."

"If any American is harmed or killed and not safely evacuated or if any of this military equipment or weapons are used to harm or kill an American, the blood is directly on Joe Biden's hands," he said.

The Chairman of the House Veterans Affairs Committee is also speaking up.

Rep. Mark Takano (D-California) is urging President Biden to extend the troop withdrawal date beyond next Tuesday, "so we can evacuate as many of our Afghan allies and fellow Americans as possible."