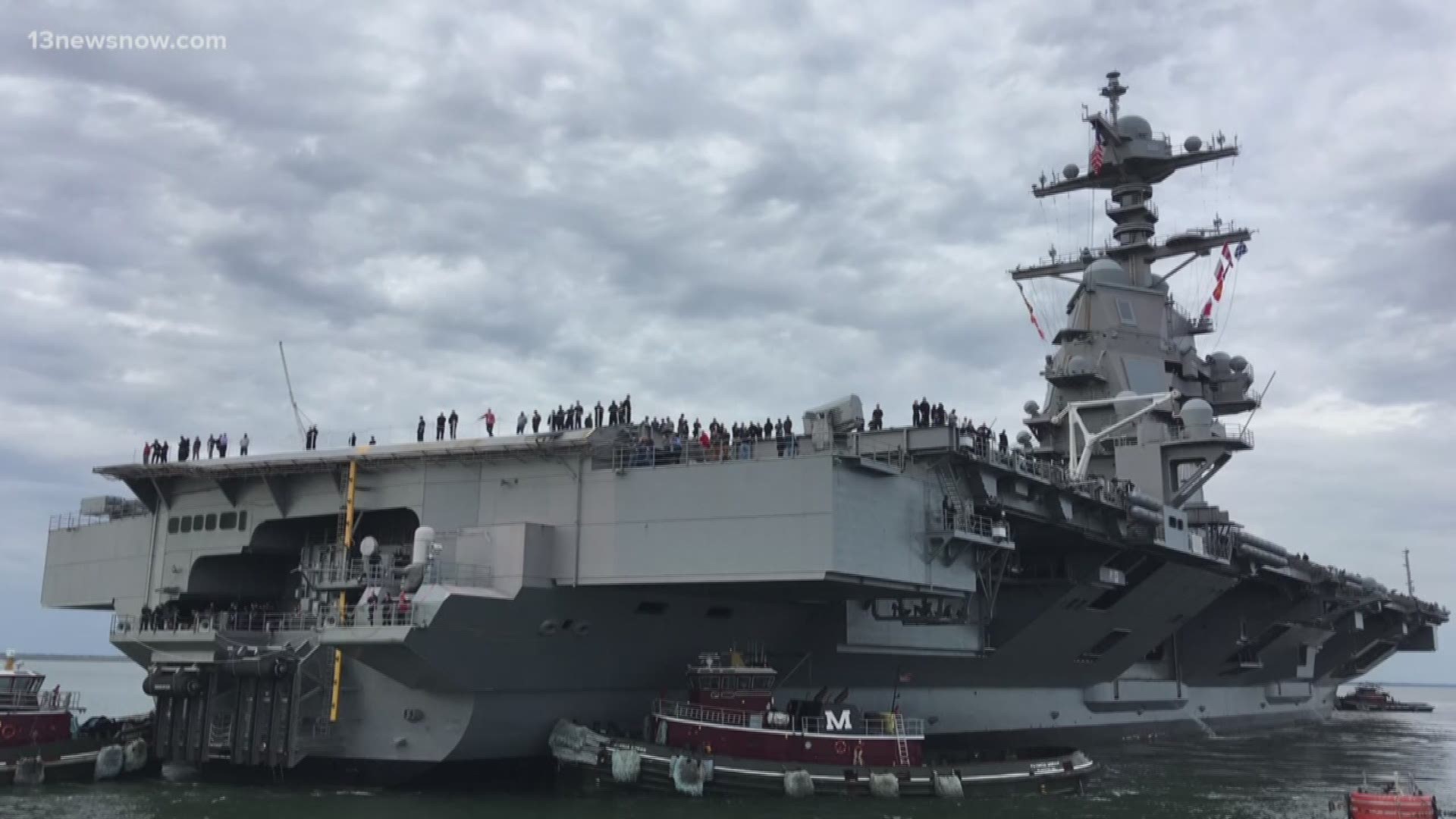 NORFOLK, Va. — The USS George H.W. Bush and the aircraft carrier that followed it, the USS Gerald R. Ford, were proclaimed to be the most technologically advanced warships ever constructed.

But for all the high tech gadgets and gizmos, a more rudimentary system on both ships is causing big problems.

The toilets and sewage systems are said to be insufficient because the pipes are too narrow to handle the needs of a 4,000-person crew.

The Government Accountability Office says the Navy used a brand new toilet and sewage system on the Bush and Ford, similar to those on commercial aircraft.

The GAO says, there is "unexpected and frequent clogging of the system."

The report goes on to say "the Navy has determined that it needs to acid flush the sewage system on a regular basis, for the entire service life of the ship."

This was just one of 150 systematic maintenance deficiencies the GAO found in all classes of ships across the fleet.

The agency calculated that those problems resulted in more than 5,300 days of delays due to maintenance, costing taxpayers $4.2 billion in unplanned additional costs to fix the problems.

The GAO's Shelby Oakley says the Navy needs to focus on future maintenance concerns when designing and building the ships.

"How about, what do we do about preventing those issues going forward, and what kind of leadership can we bring to that?" she said in a podcast on the GAO website.