Chaplain, reservist based at Fort Eustis finds it 'blessing to serve those who serve' 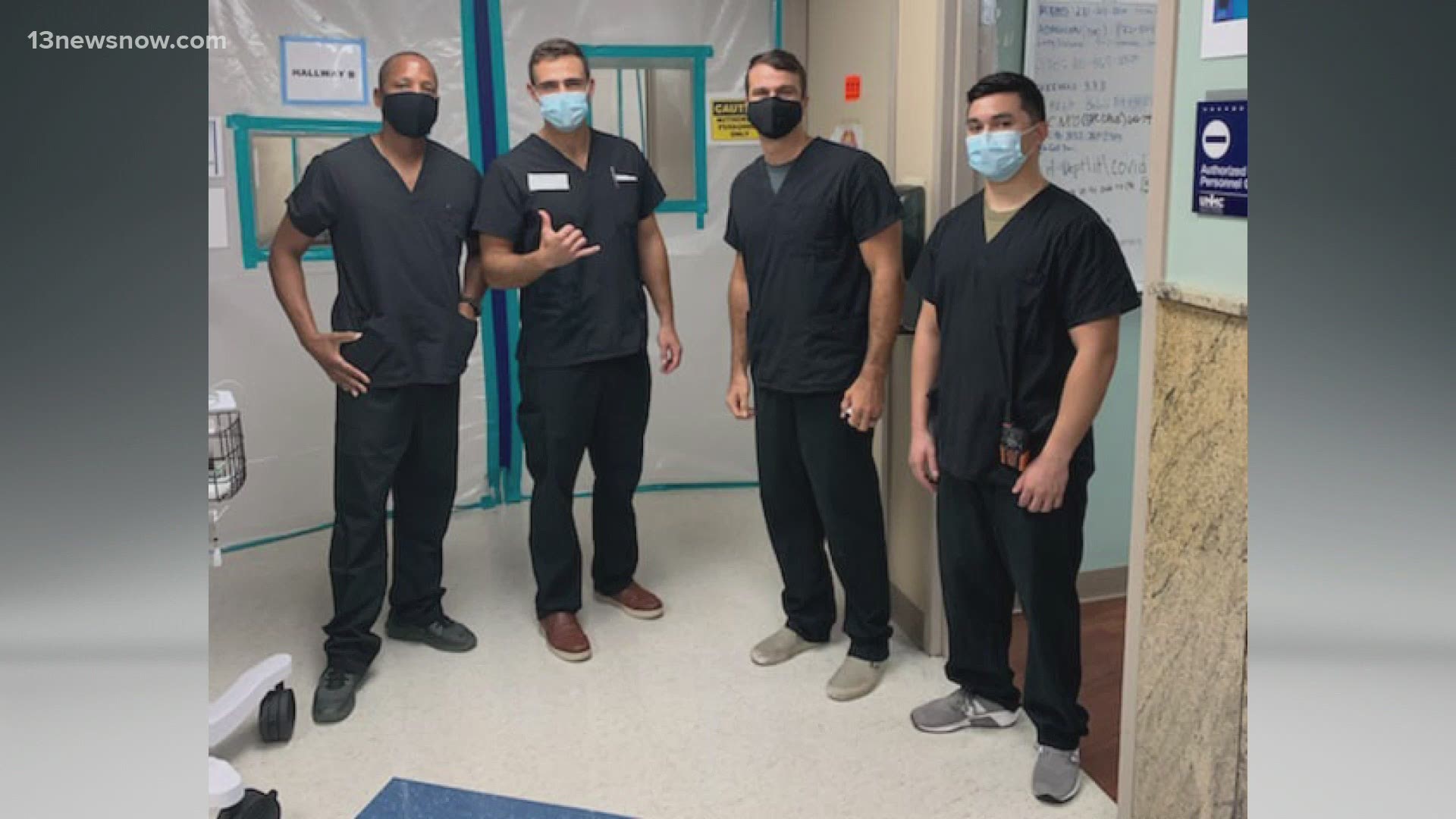 NEWPORT NEWS, Va. — Back in the Spring, when New York was an epicenter for the first wave of the coronavirus pandemic, the military set up a massive mobile hospital at the Javits Center in Manhattan to treat the sick.

Fort Eustis-based Joint Task Force Civil Support provided command and control of the COVID-19 response in New York and New Jersey to support FEMA and to help communities in need, at the direction of U.S. Northern Command. From the JTF-CS headquarters at Fort Eustis, Army Major Steven Roby coordinated with the U.S. Army North command chaplain to manage all religious support teams during the response.

"My work was trying to make sure that those medical providers had chaplains that they could talk to in confidence, as they were carrying really heavy burdens, seeing a lot of death and doing all they were doing," he said.

Roby also deployed to Texas from late July to early September, where he provided religious support to an Urban Augmentation Medical Task Force that was treating COVID-19 patients at United Memorial Medical Center in Houston.

As if all that weren't enough, Roby is also the pastor Water's Edge Church in Virginia Beach. He has been one busy guy.

For his efforts, Roby was recognized this week by the Military Chaplains Association as the Army Reserve Distinguished Chaplain for 2020.

"And I always say, it's a blessing to serve those who serve." he said. "So, for me to be around these heroes is one of my great joys."