The pledges come more than one year after the death of SPC Vanessa Guillen at Fort Hood, Texas. 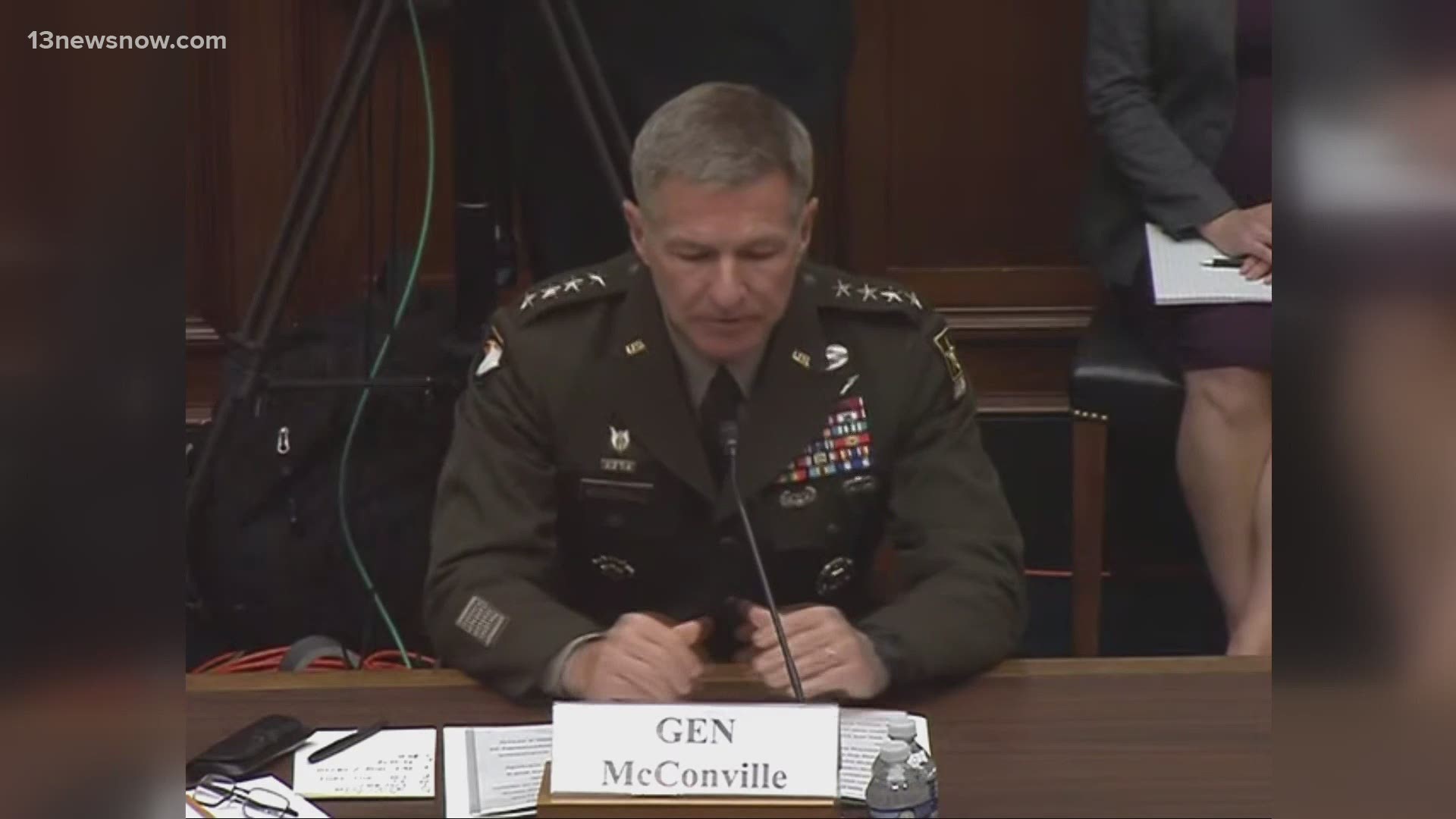 WASHINGTON — Following Spc. Vanessa Guillen's disappearance and murder at Fort Hood, Texas last year, the Army is pledging that it will transform the service's sexual harassment and assault prevention program.

A report from the Fort Hood Independent Review Committee resulted in 14 leaders at the post being relieved or suspended for fostering a command climate that that was permissive of sexual harassment and assault.

But Army leaders said today, much more must still be done.

"We are building a culture of cohesive teams that are highly trained, disciplined and fit, where everyone is treated with dignity and respect," said Gen. James McConville, U.S. Army Chief of Staff. "That is how we prevent the harmful behaviors that hurt our soldiers and break trust with the American people. These being sexual assault and harassment, acts of racism and extremism, and death by suicide."

"What we're going to be focusing on is building that kind of culture, so that people are taking care of themselves, leaders are taking care of soldiers, and soldiers are looking out for each other," she said. "But, it's going to take time to make significant progress in this area."

Vowing to transform Army's sexual harassment and assault prevention efforts following Vanessa Guillen's disappearance and murder at Fort Hood, Gen. James McConville says, "We are building a culture of cohesive teams where everyone is treated with dignity and respect."@13NewsNow pic.twitter.com/4mrt02dX39

House Armed Services Committee Chairman Rep. Adam Smith (D-Washington) urged the leaders to do whatever they could to protect America's sons and daughters in uniform throughout the Army.

"It's not just Fort Hood," he said. "Fort Hood got all the attention."

Smith said there was a host of problems to address.

"It's not just sexual assault," he said. "We've got suicide problems. We've got real problems seemingly relating to the service members out there, and, making sure they're safe and protected."

The Army and Marine Corps saw slight increases in the number of sexual assault reports in 2020, while the Navy and Air Force saw small decreases.

Overall, reports of sexual assaults across the U-S military went up by about one percent last year, compared to 2019.

On another note from Tuesday's hearing, Republican members of the committee repeatedly complained about the size of the Biden Administration's proposed Army budget for 2022.

Representative Mike Rogers (R-Alabama) called it, "woefully inadequate," and said it "falls far short of providing our war-fighters the resources they need to carry out their mission."