Army: No requests made for use of troops around election 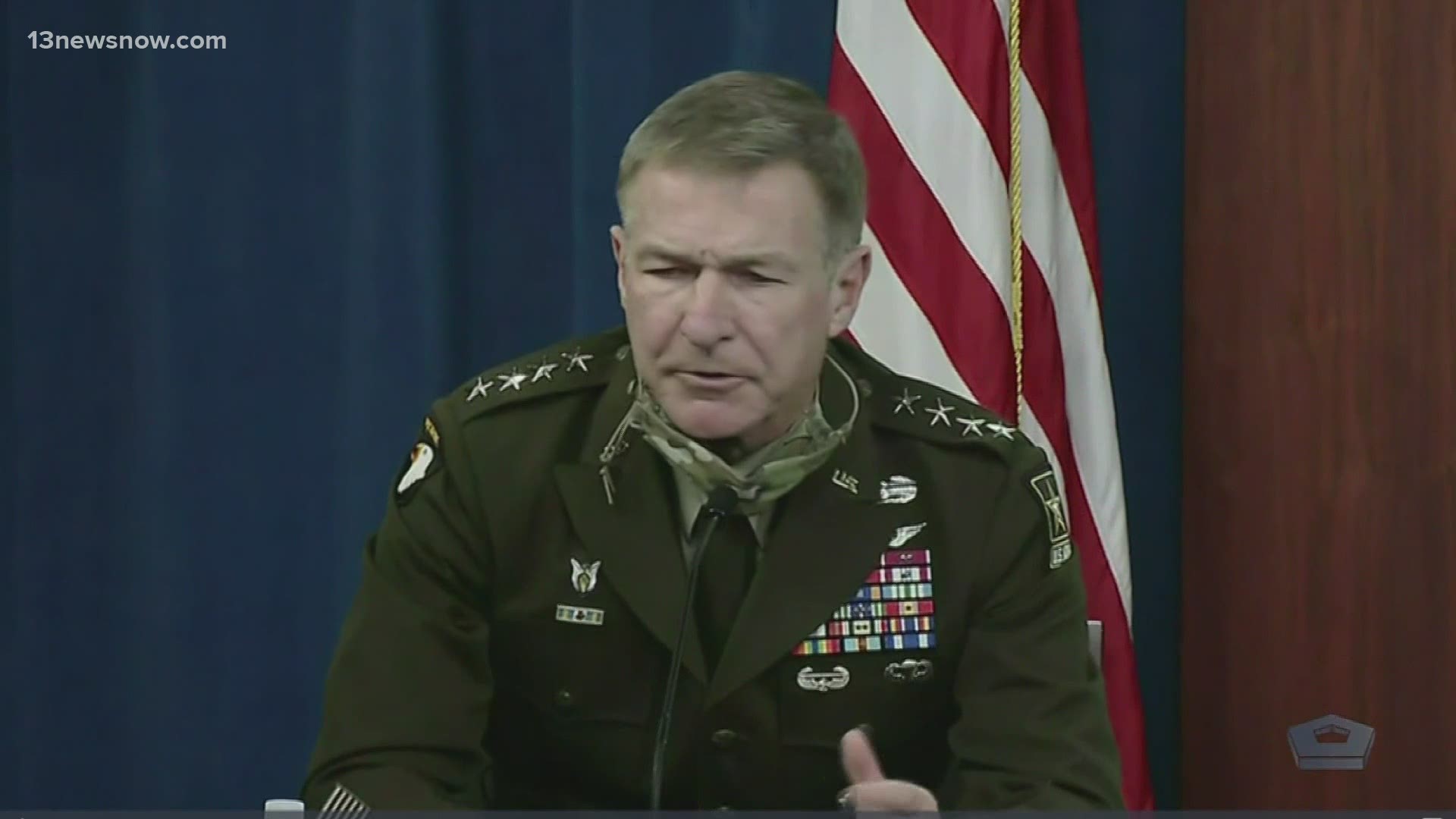 WASHINGTON — Army leaders say they have not received any requests to use active-duty or National Guard troops for possible civil unrest surrounding the presidential election next month, but are ready to do so if called on.

Gen. James McConville, chief of the Army, said Tuesday that he’s received no guidance to conduct any specific training to prepare soldiers for potential deployments if election protests become violent.

Their comments come amid worries that frustration with election results, vote-counting delays, and other issues could trigger protests and prompt military involvement.