As tensions mount in Gulf of Oman, retired captain says things could escalate

The Norfolk-based USS Bainbridge is serving as the command ship in the Gulf of Oman. It was in similar role 10 years ago during a showdown with Somali pirates. 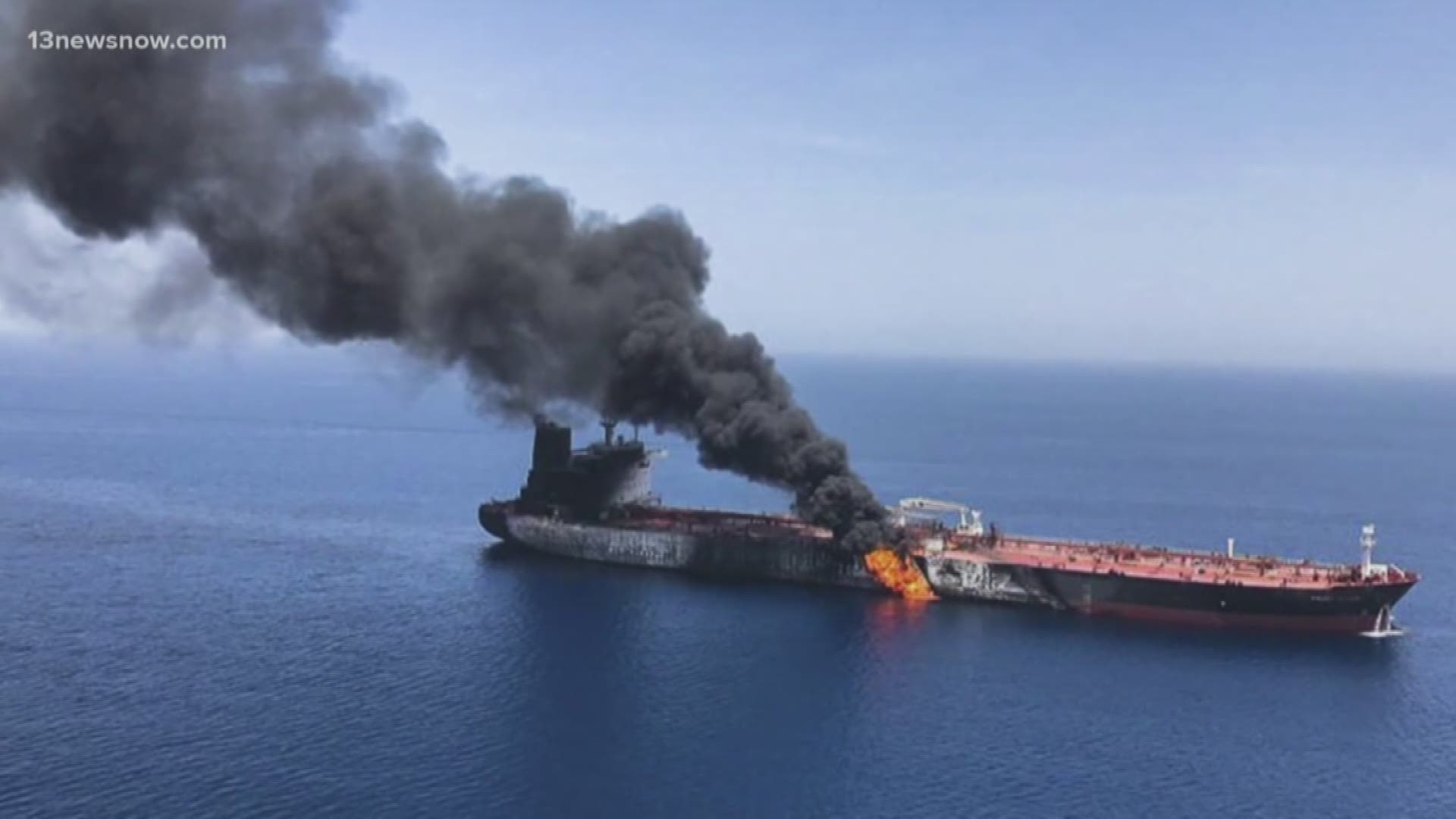 NORFOLK, Va. —  A Norfolk-based Navy warship is in the middle of a crisis overseas, and it's not the first time.

The Guided Missile Destroyer USS Bainbridge finds itself directly in the middle of a new global crisis, again. This time, in the Gulf of Oman.

Ten years after the Maersk Alabama, Captain Phillips, Somali pirate high-jacking, the Bainbridge is now rendering aid to the crew of a Japanese tanker that was attacked. U.S. officials blamed Iran.

This week, the Bainbridge served as the command vessel for evacuation and assistance operations.

One retired Naval officer who has been there and done that, as far as dealing with Iran, warned this confrontation could get worse before it gets better.

"If the attacks on tankers continue, if they escalate, it's going to be a very challenging situation for the United States and the U.S. Navy," said retired Navy captain and former destroyer commanding officer Joe Bouchard of Virginia Beach. He conducted commercial ship escorts in the Persian Gulf region during the 1980-1988 Tanker War.

"There's a serious danger of tensions escalating, of violence erupting, either through accidents, miscalculations or deliberate provocations," he said.

Being provocative, Bouchard pointed out, is a skill Iran has mastered over the last four decades.

"They never react by being conciliatory, by giving in. They always react with defiance," he said.

Bouchard said, for the Navy, history has a way of continually repeating itself when it comes to Iran.

"What we see with the attacks on the two tankers is continuing a very long pattern of Iranian behavior," he said.

Secretary of State Mike Pompeo blamed Iran for attacking both the Japanese and a Norwegian tanker, calling the actions, "A clear threat to international peace and security and a blatant assault on the freedom of navigation."

U.S. Central Command today released video it said shows Iran's Revolutionary Guard removing an unexploded mine from one of the oil tankers.

But Iran's foreign minister tweeted that the U.S. made the allegation, "Without a shred of evidence."