The naval battle is said to have turned the tide in the Pacific during World War II. 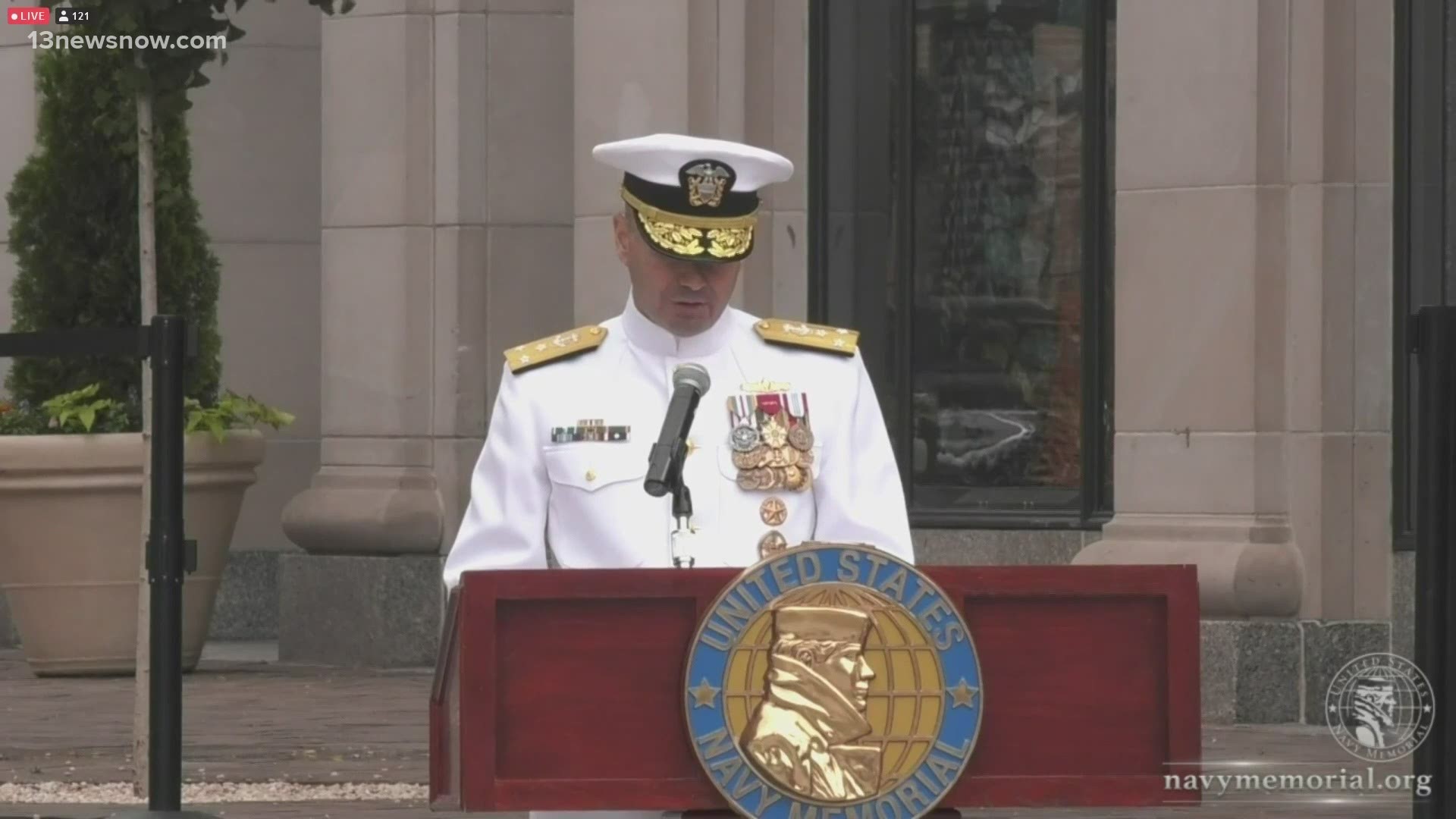 NORFOLK, Va. — It goes down in history as the pivotal battle in the Pacific in World War II, and it happened 79 years ago.

The Battle of Midway inflicted devastating damage on the Imperial Japanese fleet that rendered their carriers irreparable. It also provided a huge morale boost to the weary American public, coming as it did just six months after the Japanese attack on Pearl Harbor.

It gave the United States hope and on Friday, the Navy paused to remember.

"No word capture the strength and courage of those individuals involved in this battle, and the insurmountable victory," said Vice Admiral James Kilby, Deputy Chief of Naval Operations. "It points to something very special about America: Our unflinching resolve and unbreakable spirit of our nation."

Four Japanese aircraft carriers and a heavy cruiser were sunk, 248 Japanese airplanes were destroyed. More than 3,000 Japanese troops were killed, 10 times the amount of U.S. casualties during the battle from June 4 to June 7, 1942.