Joanne Steen, the author, is something of an expert, having lost her own Navy pilot husband in a helicopter crash in 1992. 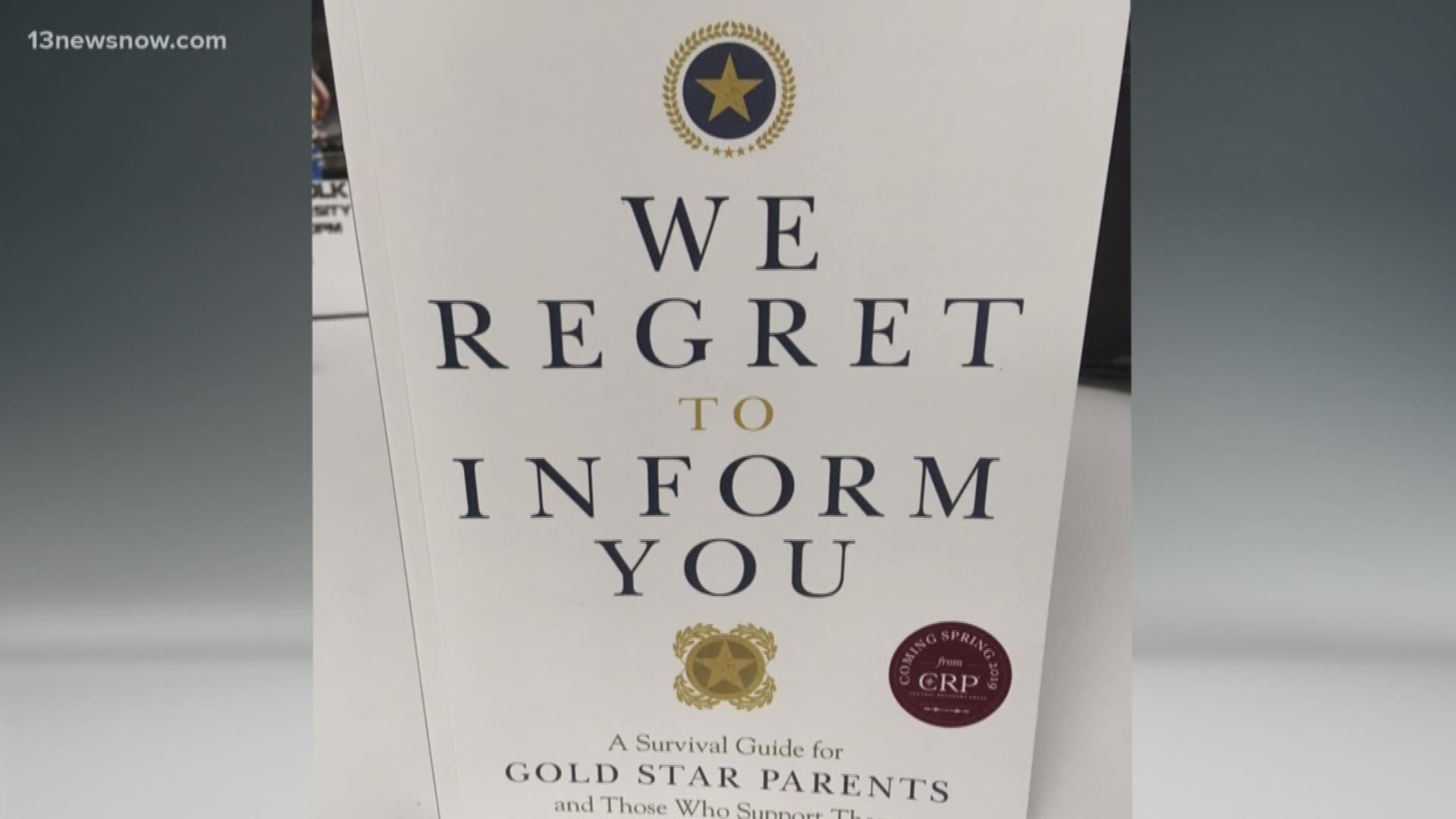 VIRGINIA BEACH, Va. — They are the words no military family member ever wants to hear uttered: "We regret to inform you."

They invariably precede the tragic news that a loved one has died in military service.

"Good news never follows those five words," said author Joanne Steen, who didn't set out to become an expert on the subject.

It's just the bad hand life dealt her.

Since suddenly losing her first husband, Ken, in a helicopter crash in 1992, Steen has written two survival guides. One is for widows like herself, and this most recent one, "We Regret To Inform You,"  is designed specifically for Gold Star Parents.

"With Gold Stat Parents, I've come to learn that they're basically an overlooked population," she said. "And it's not intentional but they very often get overshadowed by the young widow with children."

"One of the problems parents face is that they're not really part of the military," she said. "And yet, because of that, they don't have that connection with the military that you would have as a dependent spouse. Predominantly, Gold Star Parents live in civilian communities. They become isolated from people who can understand the very nature of their loss."

Steen's book is all about helping the moms and dads on the grief journey they most certainly did not seek, and maybe, just maybe, helping the rest of us understand what they're going through.

"You know, I've interviewed so many moms, so many dads who've said, 'I lost my baby,'" she said. "In context  though, they're looking at their baby as being 34-years-old and a married military veteran with three children, but to them, it still remains their baby."

More than 1.1 million troops have died in America's wars, dating back to the Revolution. Many more have perished, not in combat, but in training exercises or other military accidents. For every lost hero, there are loved ones left behind. This book is for them and those who support them.