Former aviators and aviation enthusiasts aim to raise $150,000 to dedicate a new display at the oceanfront in Spring 2020. 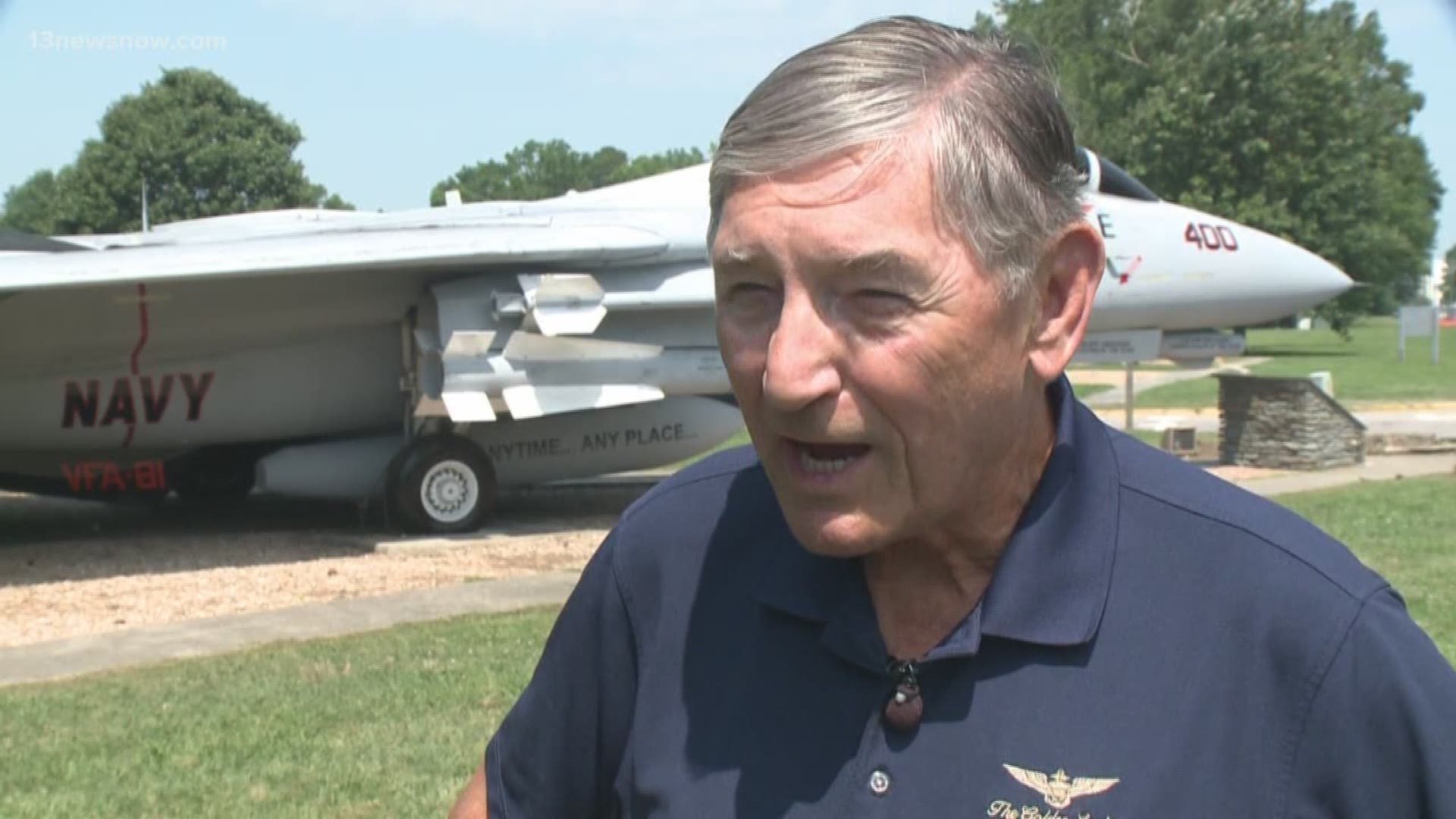 VIRGINIA BEACH, Va. — It has already been immortalized on the big screen in "Top Gun." Now a new effort is underway to honor the F-14 Tomcat once again, in Virginia Beach.

Retired rear admiral and Tomcat pilot "Bad Fred" Lewis and his friends want to make sure their beloved aircraft is seen again.

They aim to raise $150,000 to build a 10-foot tall, 4-sided, black, granite obelisk with laser-etchings depicting the fighter jet and place it at the existing Association of Naval Aviation Monument Park at 25th Street between Atlantic Avenue and the boardwalk at the Oceanfront.

"It's going to be a very exciting experience for the young people, and hopefully, inspire them to follow in our footsteps," said Lewis.

"Because this airplane deserves a huge amount of respect and admiration," he said. "Those of us who flew it loved it."

They hope to raise the money to dedicate the new monument by the Spring of 2020.