The squadrons are part of Air Wing Three, and were deployed aboard the USS Dwight D. Eisenhower for six months. 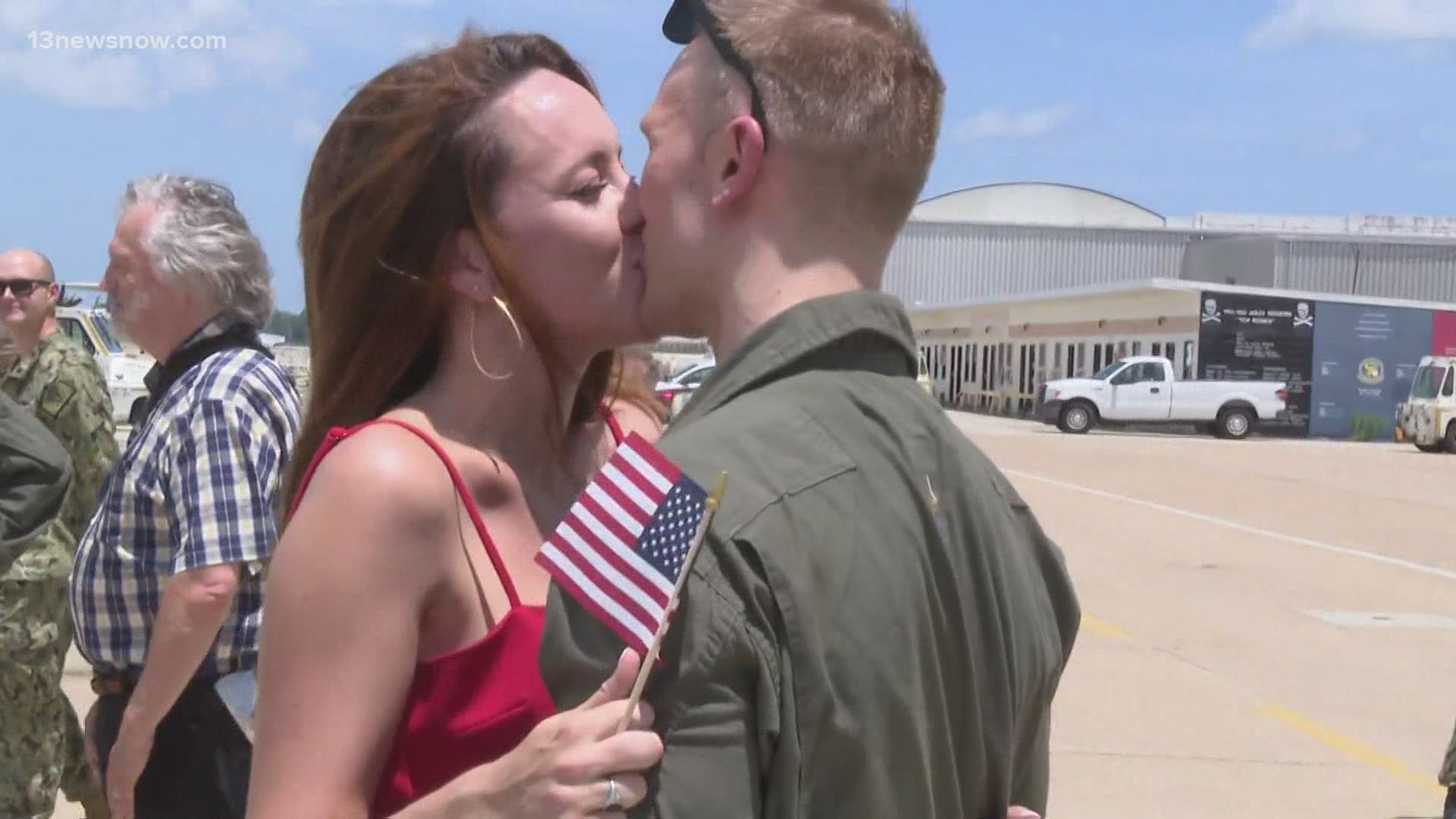 The "Fighting Swordsmen" of Strike Fighter Squadron (VFA) 32, the "Gunslingers" of VFA-105, the "Wildcats" of VFA-131, and the "Rampagers" of VFA-83 were deployed aboard USS Dwight D. Eisenhower (CVN 69) for the past six months, along with hundreds of other sailors.

They spent that time providing support for troops' safe withdrawal from Afghanistan while also supporting missions in Operation Inherent Resolve and Operation Freedom’s Sentinel in the Arabian Sea.

Captain Marcos Jasso said it was a privilege to help close out the longest-running war in US history.

“I was on the USS Enterprise as a young, junior officer when 9/11 happened,” Jasso said. “And over 20 years later here I am, closing out that chapter.”

Today, he returned home to a new baby granddaughter.

“This is my ninth deployment and my family’s always been here and now I have a new member of the family: my granddaughter,” he said. “Everyone is excited to be back here; a beautiful day to fly in. All the aircraft got here safely and I could tell you the welcoming is overwhelming.”

Dozens of families gathered at NAS Oceana with signs and flags in hand, to welcome back their loved ones. It was an emotional reunion full of hugs, kisses, and happy tears.

Carrier Air Wing Three is made up of nine aircraft squadrons total. The other squadrons are returning to their respective home bases at NAS Jacksonville, Florida, and NAS Norfolk and NAS Whidbey Island, WA.