When the mission at Vieques is finally complete in 2032, taxpayers will have spent $800 million, according to the GAO. 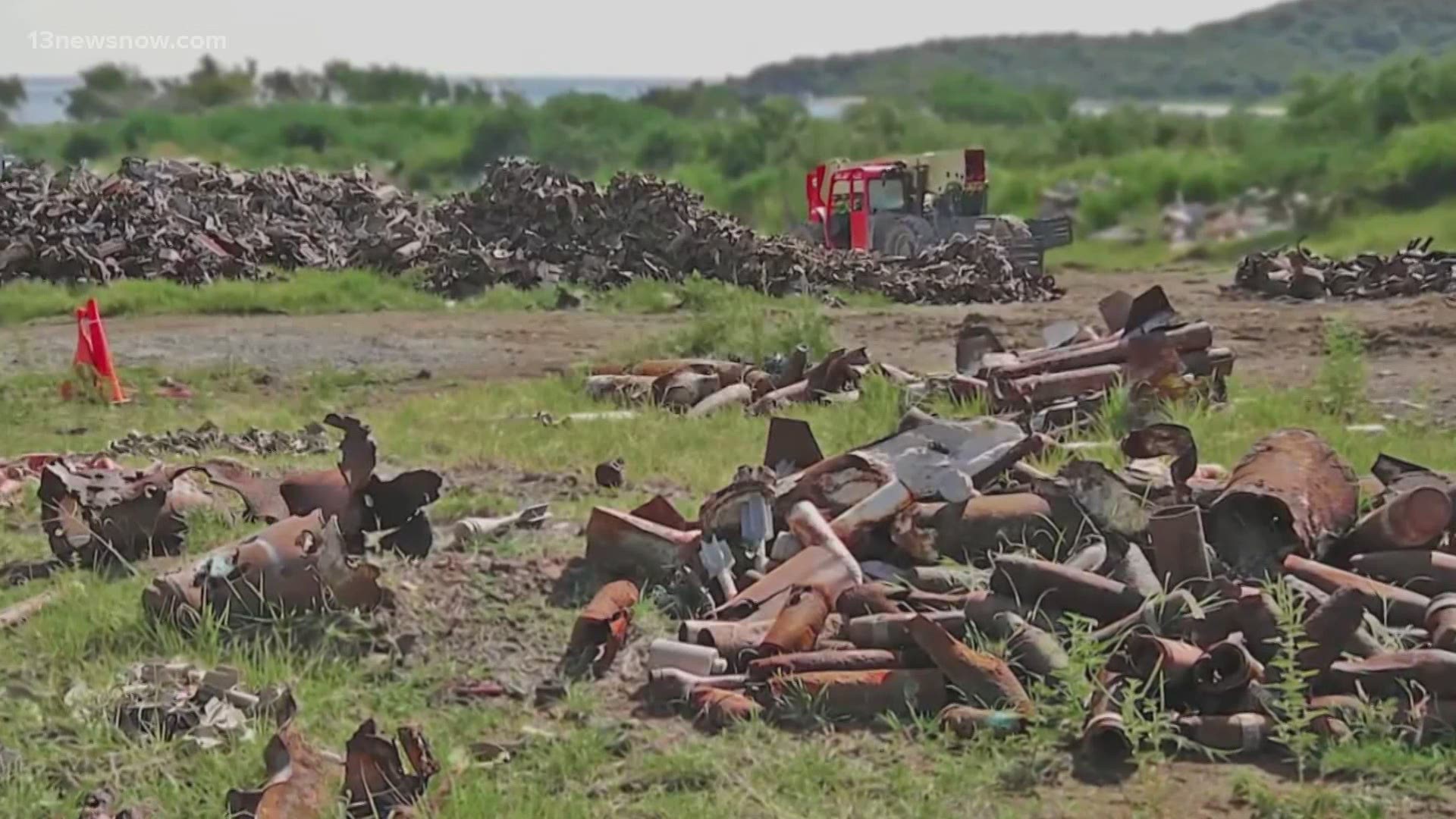 WASHINGTON — The Department of Defense continues to make progress, but according to a recent report, "substantial work remains" to clean up Vieques island in the U.S. territory of Puerto Rico.

Navy pilots from Naval Air Station Oceana trained there before deploying for combat.

More than 80 million tons of ordnance and other munitions were dropped there through the decades.

According to a new report from the Government Accountability Office, cleanup efforts are expected to continue through 2032 at an additional cost of $420 million, bringing the total cleanup expense for taxpayers to $800 million.

"It really is a sticky problem and it's going to take quite some time to work our way out of it," said Elizabeth Field, a member of the Senior Executive Service and a director in the GAO's Defense Capabilities and Management Team.

"The Department of Defense is doing what it needs to do in this case," she said. "It's just going to take some time."

Puerto Rico Delegate Jennifer Gonzalez-Colon sponsored the Vieques Recovery and Redevelopment Act of 2019 to provide compensation to certain residents of the island.

The act reads: "The unintended, unknown, and unavoidable consequences of these exercises were to expose Americans living on the islands to the residue of that weaponry which includes heavy metals and many other chemicals now known to harm human health."

According to reports from the Associated Press, "a couple of locals and tourists" were injured through the years by "live munitions," including a young girl who was burned after picking up an old shell that contained white phosphorous.