Officials are preparing for the worst. If the Port of Virginia takes a direct hit from a hurricane, it could have a big impact on the economy. 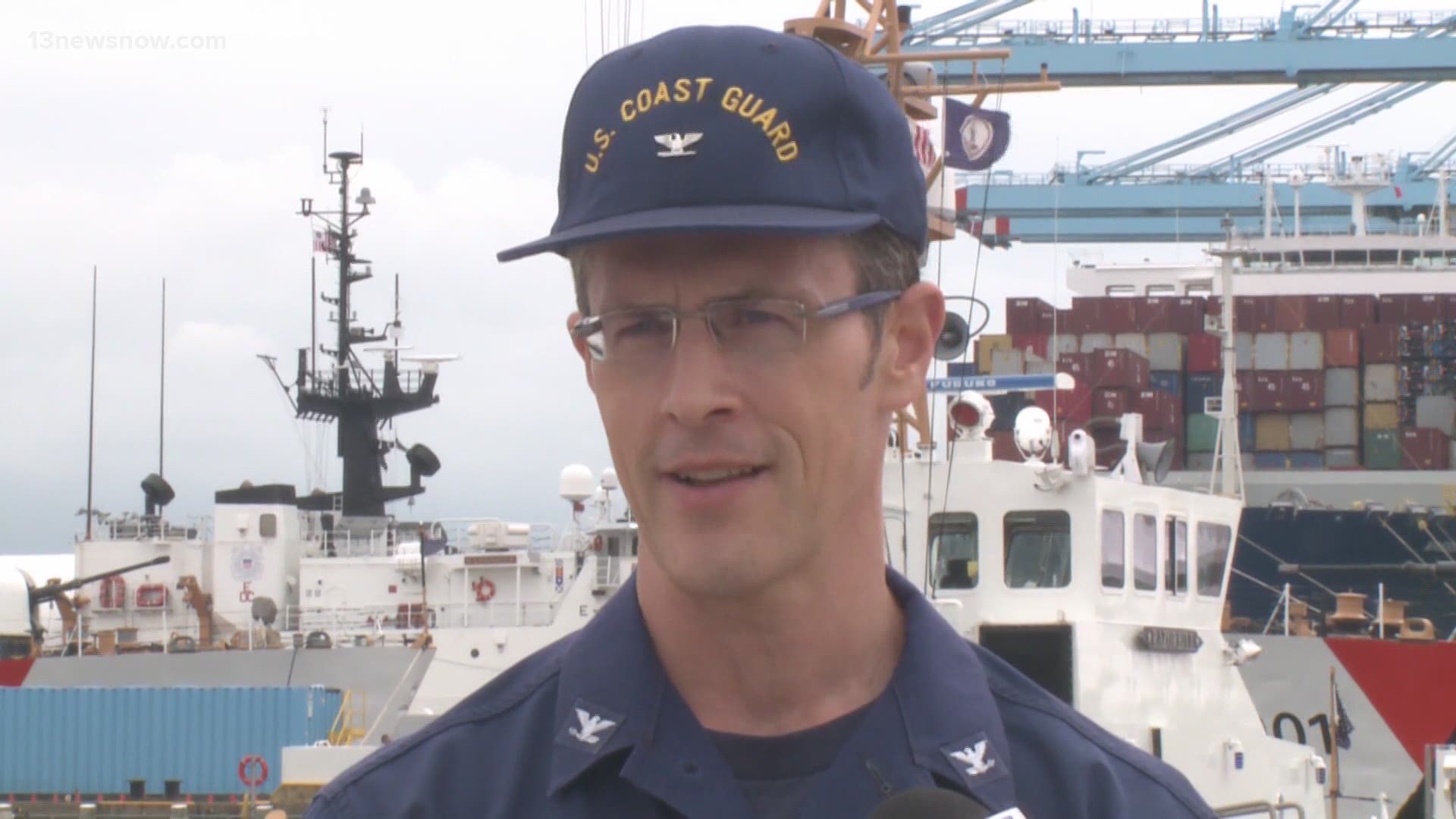 PORTSMOUTH, Va. — We're at the peak of hurricane season and the U.S. Navy and the U.S. Coast Guard are preparing for the worst.

Officials from both military branches did a flyover of the Port of Virginia to practice post-storm damage assessment.

If the Port of Virginia takes a direct hit from a hurricane, it could have devastating consequences for the local economy.

The U.S. Navy and the Coast Guard are preparing for the worst.

“A direct strike in Hampton Roads could be a serious, serious issue,” Capt. Samson Stevens of the U.S. Coast Guard said. “The Coast Guard takes every hurricane season extraordinarily seriously and we are concerned. That’s why the Coast Guard keeps a number of contingency plans and works with our interagency partners to come up with the best response plans possible."

The Coast Guard and Navy surveyed the Port and waterways across Hampton Roads -- flying the same routes they would take after a hurricane for damage assessment.

It’s something they had to do once before this hurricane season.

“We actually did do a post-storm overflight after Tropical Storm Isaias that happened just a little while back,” Stevens explained. “The easy part -- when the hurricane comes and we need to be safe -- is to close the port down. The hard part is reopening."

There were no issues after Isaias, but officials want to be prepared just in case.

“The Port of Virginia generates about $250 million of economic activity per day which is about $90 billion per year," Stevens said. "And that’s through all the commerce and deep draft, the bulk cargo that comes through here, the ultra-large container vessel. And so every day that the Port is shut down, that’s essentially $250 million that you’re not having economy running here.”

In addition to the impact on the economy, officials say reopening the waterways is also critical for national defense and security.

Hampton Roads is home to the world’s largest naval base.