The drugs were offloaded Thursday morning on the Coast Guard Cutter Bear, which is based out of Portsmouth. 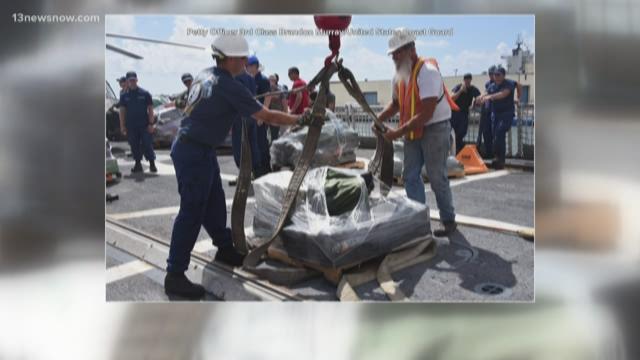 FORT LAUDERDALE, Fla. — The U.S. Coast Guard is offloading marijuana and cocaine with an estimated street value of $62.5 million at Florida's Port Everglades.

The agency said in a news release that the drugs seized in international waters in the Eastern Pacific Ocean arrived in Fort Lauderdale Thursday morning on the Coast Guard Cutter Bear, which is based in Portsmouth, Virginia.

Officials say operation involved two Coast Guard cutters and a Navy ship off the coasts of Mexico and Central and South America.