Coast Guard saved more than 4,100 lives, about to go without pay 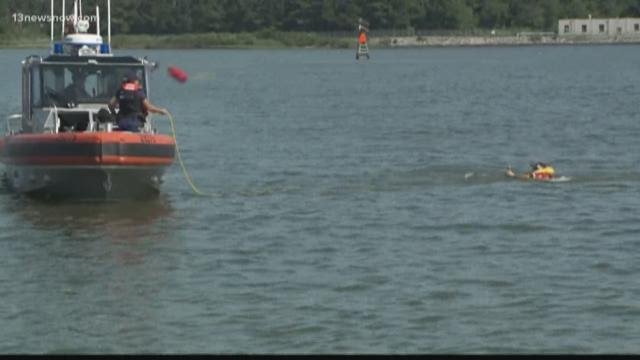 NORFOLK, Va. — They saved 4,188 lives in 2017--the most recent year for which data is available--yet, Coast Guard members will soon be forced to do their jobs for free.

January 15th is when their next paycheck is due.

And, unless there's some miraculous breakthrough in the government shutdown impasse, 42,000 Coast Guard personnel will get paid nothing.

The dispute stems from President Trump's insistence over $5 billion for a wall along the U.S. Mexico border and Congressional Democrats' refusal to give it to him.

Meanwhile, Warner and Kaine have joined a bipartisan group of 28 other colleagues in sponsoring "The Government Employee Fair Treatment Act."

Other Hampton Roads lawmakers are weighing in on the shutdown.

"This must be done now. Our nation's security is at risk," said Wittman.

"It's long past time for this... shutdown to end," said Second District Democrat Elaine Luria. "Our Coast Guard, TSA, and other federal workers shouldn't be hostages in political fights."

"Yes, there is a crisis. A crisis for hardworking federal employees. Their bills are piling, rent and mortgage are due, and they have no idea when they will see a paycheck," said Fourth District Democrat Donald McEachin.