A report shows 82% of DoD installations across the country follow an Alternate Work Schedule, leaving Navy Region Mid-Atlantic in the minority. 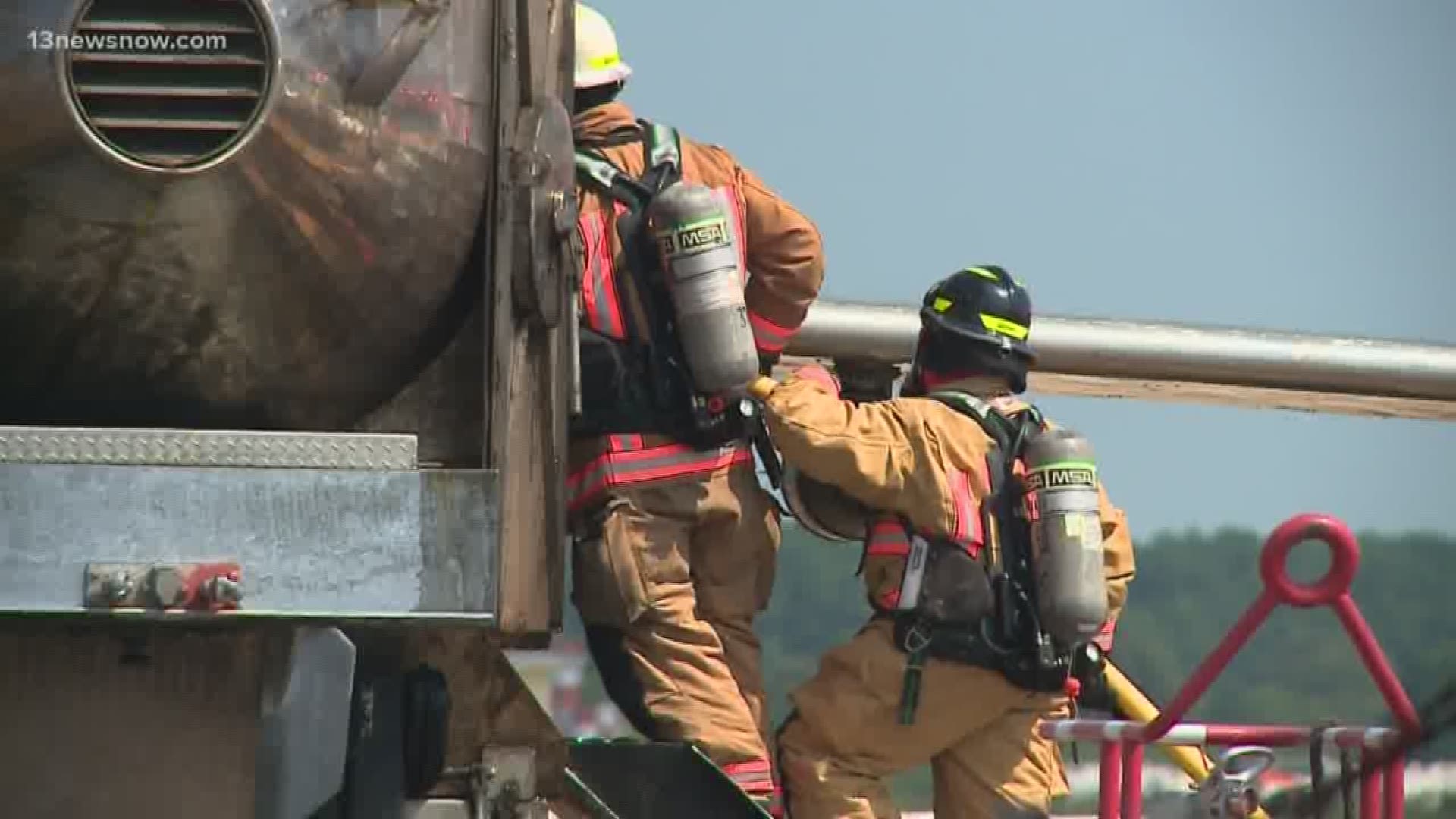 NORFOLK, Virginia — There’s a bipartisan push in Congress to change the work schedules for Federal Firefighters.

13News Now first brought this investigation last year after local Navy Civilian Firefighters pled for help. They were in the middle of a severe staffing shortage that left them overworked and burnt out.

Tim Welsh, President of the Tidewater Federal Firefighters Union, said since the 13News Now investigation, staffing conditions have improved. He said he hopes it stays that way.

“If we don’t look back on how we lost all those people to begin with, then we’re going to be in the same boat in a year, two years,” said Welsh.

“An Alternate Work Schedule benefits us because it gives us more rest that we need,” said Welsh. “We’re not waking up and going to work or waking up at work every day. We’re able to wake up in our own bed we’re able to take our kids to school.”

A report from the International Association of Fire Fighters shows 82% of DoD installations across the country follow an Alternate Work Schedule, leaving Navy Region Mid-Atlantic in the minority.

Welsh says the current schedule is grueling and is causing retention issues.

“Ultimately at some point the schedule does play a role in these folks leaving,” said Welsh. “All these places with an Alternate Work Schedule, that people are traveling distances to go work at, to avoid working this 24/24 schedule.”

In a statement, a spokesperson from Navy Region Mid-Atlantic said:

“We have the responsibility to provide the safest workplace possible to our firefighters and emergency response personnel. Navy Region Mid-Atlantic has carefully considered alternate Firefighter schedules and continues to do so. While longer shifts, such as a 48/48, at many locations can be associated with improved job satisfaction for firefighters, longer shifts have also been associated with increased firefighter fatigue, higher injury rates, higher vehicle accident rates, and other undesirable outcomes that potentially affect readiness."

Welsh said ultimately, the push to change the schedule is an effort to increase retention.

“We’re not trying to be trailblazers,” said Welsh. “We’re simply trying to be on the same playing level as all the other departments around us so we can retain our experienced qualified personnel.”