'The mission still continues' | How the COVID pandemic changed the lives of the men and women aboard USS Gerald R. Ford 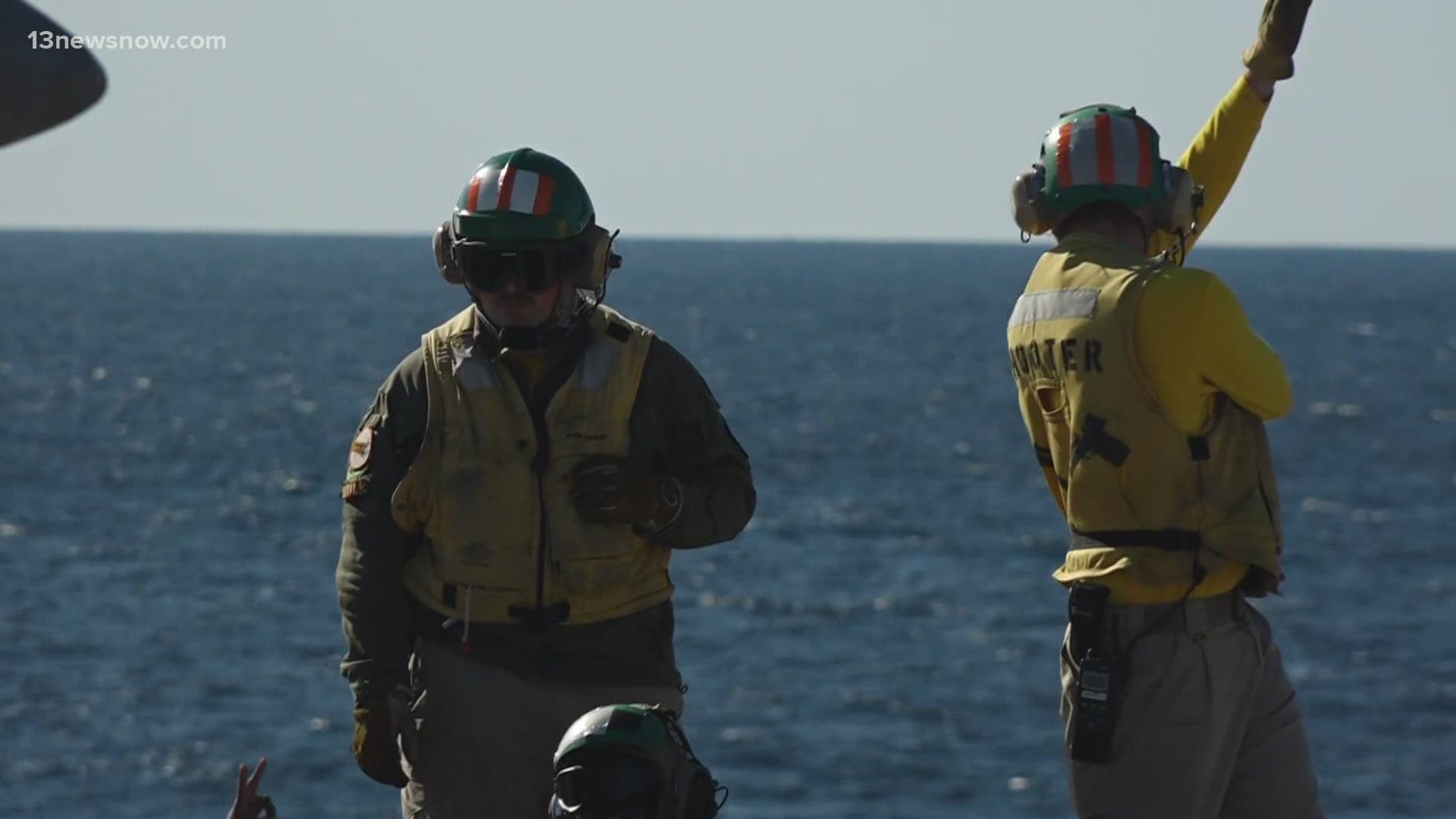 NORFOLK, Va. — Behind every person, is a story and a journey.

Oftentimes, those different paths and journeys bring people to the same place.

"I just wanted to do something different, I was thinking about going to community college. But then I joined the Navy," Franchesca Foxx, Operations Specialist First Class said. "We make sure the information is at the proper watch stations.”

Her journey brought her to the same spot as Scott Torres, an Air Traffic Controller First Class.

“Originally joined out of high school. Originally I wanted to be a police officer in my hometown at first," Torres said.

Through different paths, stories like those and many more have converged to one location miles off the East Coast: USS Gerald R. Ford (CVN 78).

Despite an unprecedented 2020, adjusting to a new normal through the COVID pandemic, sailors tell 13News Now their day-to-day lives have largely been the same.

“It’s been different for all of us," Torres said. "Been no different on the ship except for the same precautions we’re taking in the real world.”

“Not that much different, a lot of amenities we can't do. Gym, barbershop, we have to social distance. But the mission still continues as if COVID wasn’t around. Only difference is social distancing and masks," Foxx said.

Commanding leadership said during a Tuesday embark to the carrier, that the ship has progressed through its timeline to becoming a deployment-ready carrier despite the virus's effect on the world.

“The ship has continued to progress through its tests and trials through COVID,” Read Adm. Craig Clapperton said, Commander for Carrier Strike Group TWELVE.

USS Gerald R. Ford is 70 percent of its way through Post Delivery Test and Trials period and is continuing to narrow the gap between practice runs and real-time deployment.

13News has previously reported COVID-positive results from the carrier. Military officials tell 13News Now "extensive measures" are in place to ensure the health of the crew.

"They get their temperature taken and answer questions about their health and people they’ve been in contact with. Once they pass the medical screening, they are able to come on board the ship," LCDR Desiree Frame, USN said in a statement, Public Affairs Officer for USS Gerald R. Ford.

As for protocols for if a crew member tests positive, Frame wrote:

"If so, the Sailor will be immediately quarantined, tested, and remain in isolation until the results are received. In accordance with the Centers for Disease Control and Prevention and Navy guidance, all members of the crew who test positive for COVID-19 are immediately placed in isolation and then subsequently transported off the ship when medical evacuation became available."

RELATED: For the first time since the pandemic, an inside-look at the progress of USS Gerald R. Ford