A decade of triumph and tragedy for Hampton Roads military community

Military members experienced great highs and lows over the past ten years. 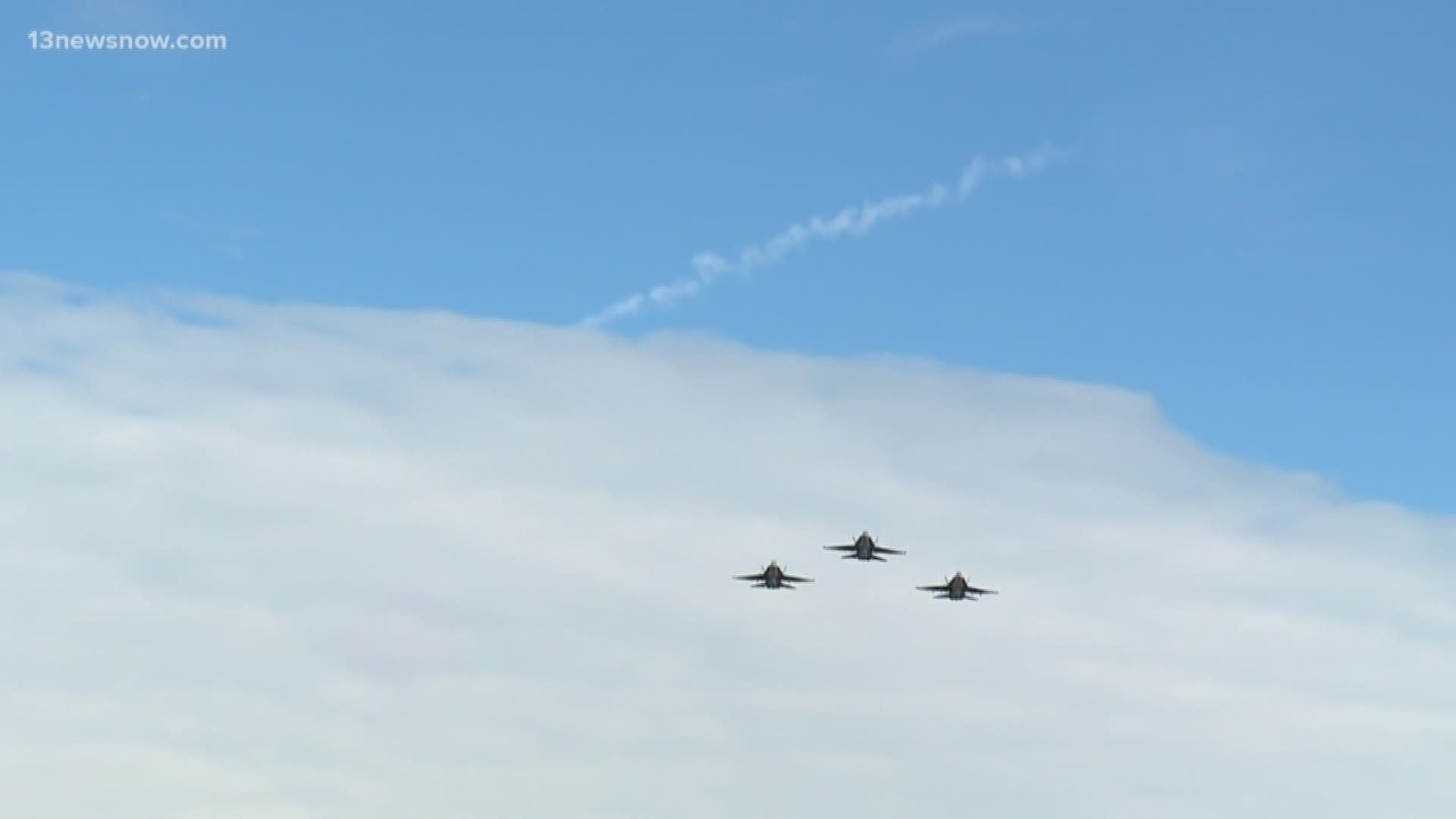 It has been ten years of incredible highs and lows for Hampton Roads military men and women. There were great triumphs and tragedies.

In April 2012, there was the aviation mishap that came to be known as "the Good Friday miracle."

A Navy F/A-18 Hornet from Oceana, crashed into the Mayfair Mews apartment complex off Birdneck Road after the jet suffered twin-engine failures seconds after takeoff.

Incredibly, both aviators ejected safely, and nobody on the ground was hurt.

Sadly, there were other military aviation tragedies.

In 2011, a U.S. CH-47 Chinook was shot down in Afghanistan. Thirty-one American military personnel including local Navy SEALs died. It was the largest single-incident loss of life in Operation Freedom.

In 2014, a Navy MH-53 Sea Dragon helicopter crashed in the Atlantic. After electrical lines chafed against a fuel line, a fire sparked and killed three Norfolk-based crew members. The episode later became the subject of a 2018 documentary, "Who Killed Lieutenant Van Dorn?"

And in 2011 and 2012,  problems with the Air Force F-22 Raptor prompted two pilots to go public about hypoxia issues they encountered in the cockpit, leading to a four-month stand down.

This was also a decade of key military aviation milestones.

There was the arrival of the military fighter jet of the future, the F-35 Joint Strike Fighter, the largest and most expensive military program ever.  We watched flight operations aboard the USS Abraham Lincoln in 2018.

Speaking of the future, we got a glimpse of it back in 2013 when the Navy showed off its X-47 B unmanned aviation vehicle as the drone was tested for takeoffs and landings aboard the USS George H.W. Bush in the Atlantic.

The Navy said goodbye to its F/A-18 C "legacy" Hornet in January 2019 after three decades, with a final operational flight at Oceana.

"This is my first command and these are the only jets I've known," said AD3 Teron Huffwatkins of strike fighter squadron VFA-34. "So it's kind of bittersweet to see them leave. But it's also ushering in a new age for us, so it's also exciting at the same time."

If the last 10 years demonstrated anything, it's that the economic fortunes of Hampton Roads are tied directly to Capitol Hill.

When sequestration arrived in 2013, the automatic federal budget cuts took a big toll, leading to layoffs and furloughs.

The cycle continued throughout the decade, every time Congress failed to pass a long-term budget, and instead, approved Continuing Resolutions, it created uncertainty for military planners and for local businesses which support the armed forces.

"Given that the Department of Defense makes about 40% of the Hampton Roads economy, any time we have a Continuing Resolution, it makes people worry," said Old Dominion University economics professor Robert McNab.

This decade also saw the arrival of a new class of aircraft carrier with the USS Gerald R. Ford and the future USS John F. Kennedy, which was christened in December 2019.

It has meant steady employment for Newport News Shipbuilding.

But it also meant problems, first, having to do with the ships' electromagnetic launch system, and more recently with weapons elevators that don't work.

The shipyard and the Navy have vowed to fix things.

"So I think that as we work out some of the kinks on the first in class we're going to see the consecutive follow-on's that will be able to overcome a lot of those challenges very quickly," said Rear Admiral Roy Kelley, commander, Naval Air Force Atlantic.

In 2014, a truck driver got through Gate 5 at Naval Station Norfolk, eventually making his way to the USS Mahan, where he killed Master at Arms Mark Mayo.

RELATED: Father says his son was killed in shooting on USS Mahan

In 2017, a man abducted 19-year-old Ashanti Billie from Little Creek Amphibious Base. Her death led to the implementation of a nationwide alert system for missing, endangered adults between the ages of 18 and 64.

RELATED: Who is Eric Brown? Family that opened home to accused killer sheds light on past

RELATED: Parents of Ashanti Billie speak after police in N.C. find her body

In November 2019, a gate runner passed through Gate 8 at Fort Story, crashing into and killing Master-At-Arms Oscar Temores.

Navy leaders pledged that force protection is job one.

There was cause this decade for much celebration, as Oceana reached its 75th anniversary in 2018, and Naval Station Norfolk noted its 100th in 2017. That same year, Norfolk Naval Shipyard observed its 250th anniversary.