To celebrate, the F-14 Tomcat Monument Association on Monday held a champagne toast to pay tribute to the iconic aircraft and its first pilots. 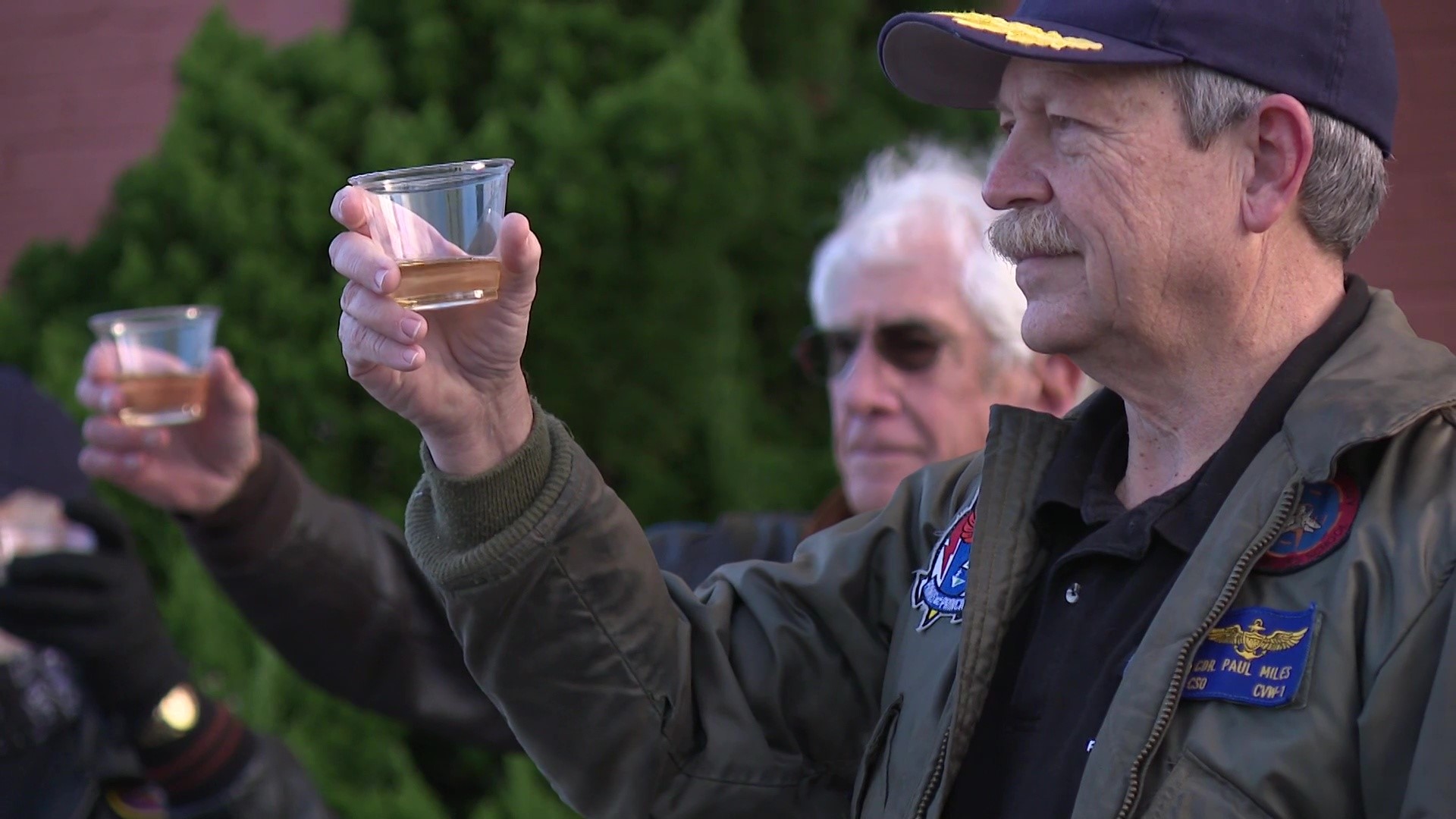 It's been 50 years since the Navy’s first F-14A Tomcat first took flight!

To celebrate, the Tomcat Monument Association held a small ceremony at the Oceanfront. They gathered at the Naval Aviation Memorial Park on 25th Street and even held a champagne toast to pay tribute to the iconic aircraft and its first pilots.

The F-14 became a symbol of America’s air superiority and was later retired from the U.S. Navy. An early success of the aircraft was in 1981. That's when two F-14 pilots protecting U.S. ships shot down Libyan planes in the Mediterranean Sea.

Actor Tom Cruise later played the role of an F-14 pilot in the movie “Top Gun,” where it became arguably the most famous and beloved airplane in the American military inventory.

The last Tomcat retired from active service in 2006.