Nathaniel Lee Campbell is charged with Involuntary Manslaughter after his 2004 Chevy pickup truck slammed into a Navy patrol vehicle on the base, killing a sailor. 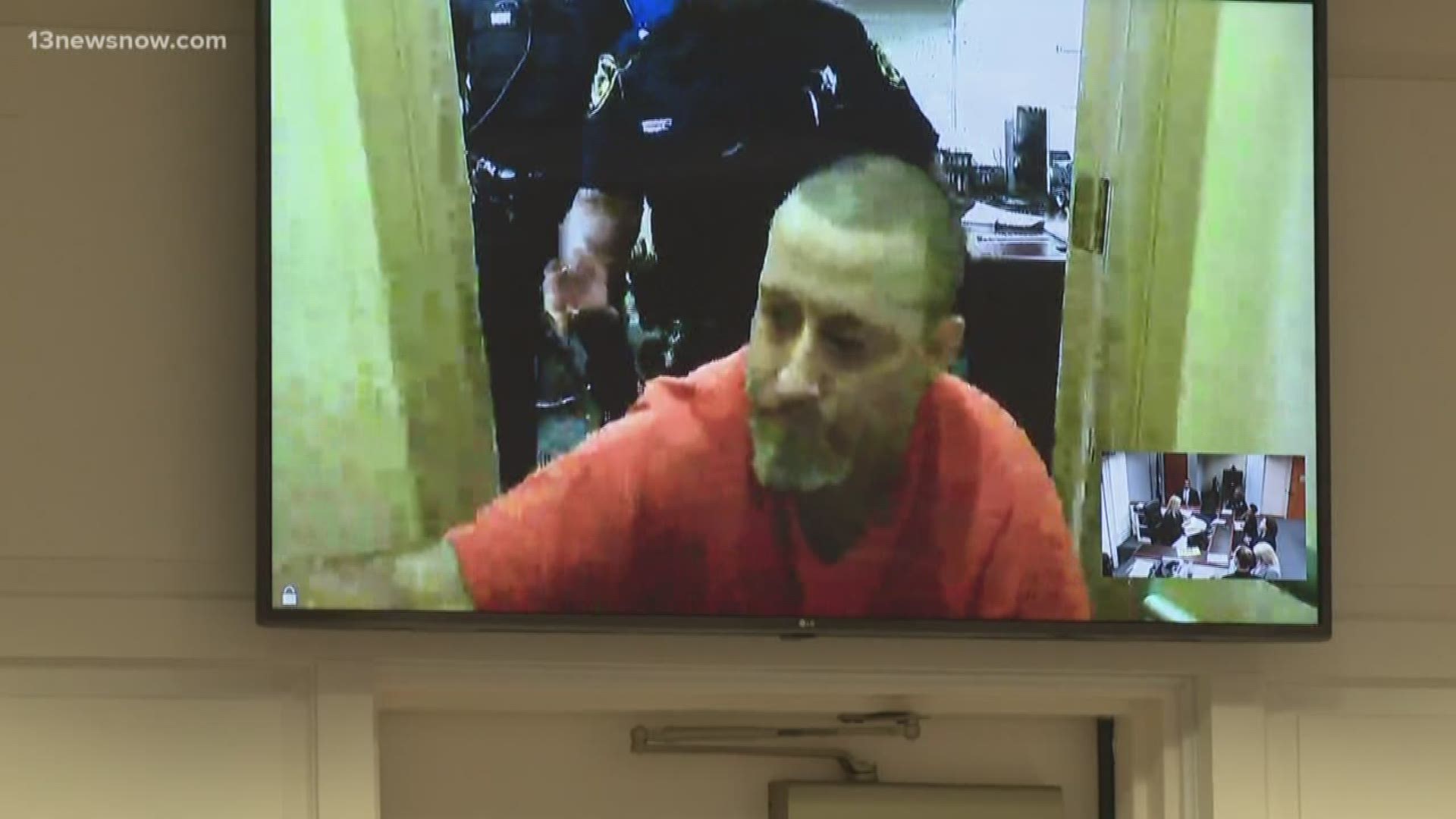 Nathaniel Lee Campbell, 38, of Shenandoah, is charged with Involuntary Manslaughter after his 2004 Chevy pickup truck slammed into a Navy patrol vehicle on the base. The collision killed 23-year-old Master-at-Arms 3rd Class Oscar Jesus Temores.

Court documents said Campbell was driving at 81 miles per hour before he crashed into the Navy patrol car.

Officials said the incident took place around 7:26 p.m. on November 30. Campbell was traveling in the 8800 block of Atlantic Avenue when he approached the gate. Police said that Campbell's truck entered the base after using the wrong traffic lane.

Navy security responded near the intersection of Atlantic Avenue and Leyte Street. That's where the truck and patrol vehicle crashed.

Both Campbell and Temores were taken to a local hospital, but only Campbells survived. Temores was a native of California assigned to the installation’s security department. He leaves behind a wife and two-year-old son. He reported to Joint Expeditionary Base Little Creek-Fort Story Security Department in June 2018.

Police said the crash is still under investigation. No motive has been released at this time.

Court documents claim Campbell has been in the area for a few days, but he doesn't have any family in the area. It also said he has been unemployed since March, and he has a lengthy criminal record of domestic violence and gun-related convictions.

The Commonwealth's Attorney said the City of Virginia Beach and the U.S. Navy have an agreement that allows Virginia Beach to prosecute crime on base, even though it's federal property. Part of the reason is because Campbell was allegedly driving erratically outside the base first.

Campbell will be back in court for a preliminary hearing in late January.