The Ike group has deployed after wrapping up drills. 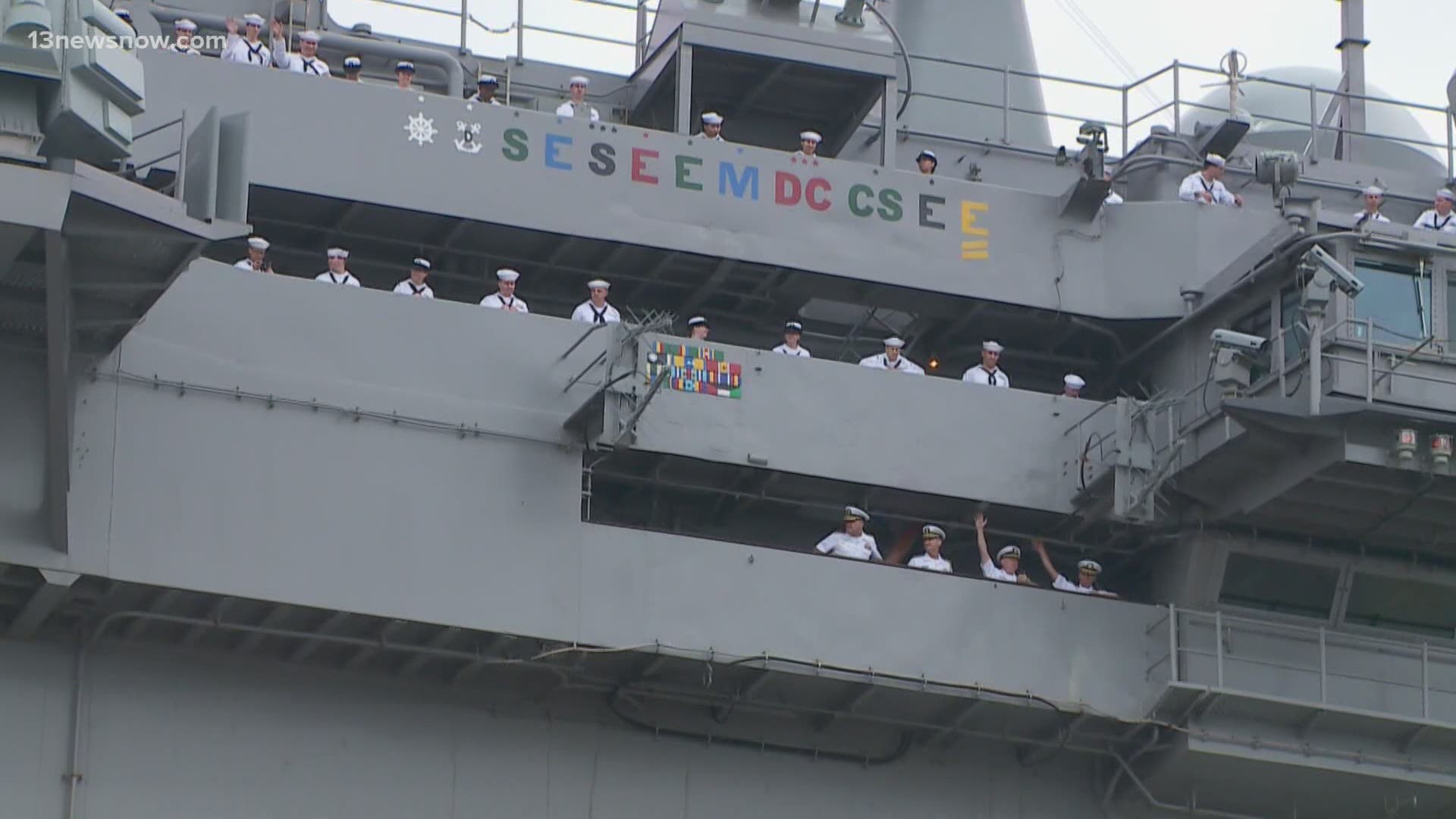 Navy officials said the group got underway for their deployment on Thursday. This follows the completion of some training exercises that the Navy calls a COMPUTEX, which is a Composite Unit Training Exercise.

“COMPTUEX provided graduate-level training that simulates the full spectrum of operations, low intensity to high-end combat that IKE CSG must be ready for,” said Rear Adm. Scott Robertson, commander, Carrier Strike Group Two. “The live, virtual and constructive training with a NATO backdrop enabled the team to hone its application of integrated, multiple domain warfare. We are ready to deploy!”

The group was out at sea for a time to conduct exercises with SEALS from an East Coast-based Naval Special Warfare (NSW) Group for the first time in recent history. The training also included a NATO vignette which is comprised of drills that use NATO procedures, messaging formats and chat capabilities. The point of these exercises was to enhance interoperability with allies.

In something of a surprise, @USNavy announces that USS Dwight D. Eisenhower Carrier Strike Group has deployed, specific destination not stated. Typically, East Coast carrier groups go the Mediterranean Sea, and if needed, to the Persian Gulf region. @13NewsNow pic.twitter.com/U39ONWOpXZ

The group returned to their Norfolk homeport back in August 2020 and now they're out at sea again. There's no word right now on where they're headed right now. More than 6,000 sailors are a part of the carrier strike group.

Officials are working to vaccinate sailors within the group. Though vaccination isn't mandatory, more than 80% of sailors have signed up to receive their shots.