Secretary of Defense Mark Esper said the vessels will include unmanned and artificial intelligence technology. 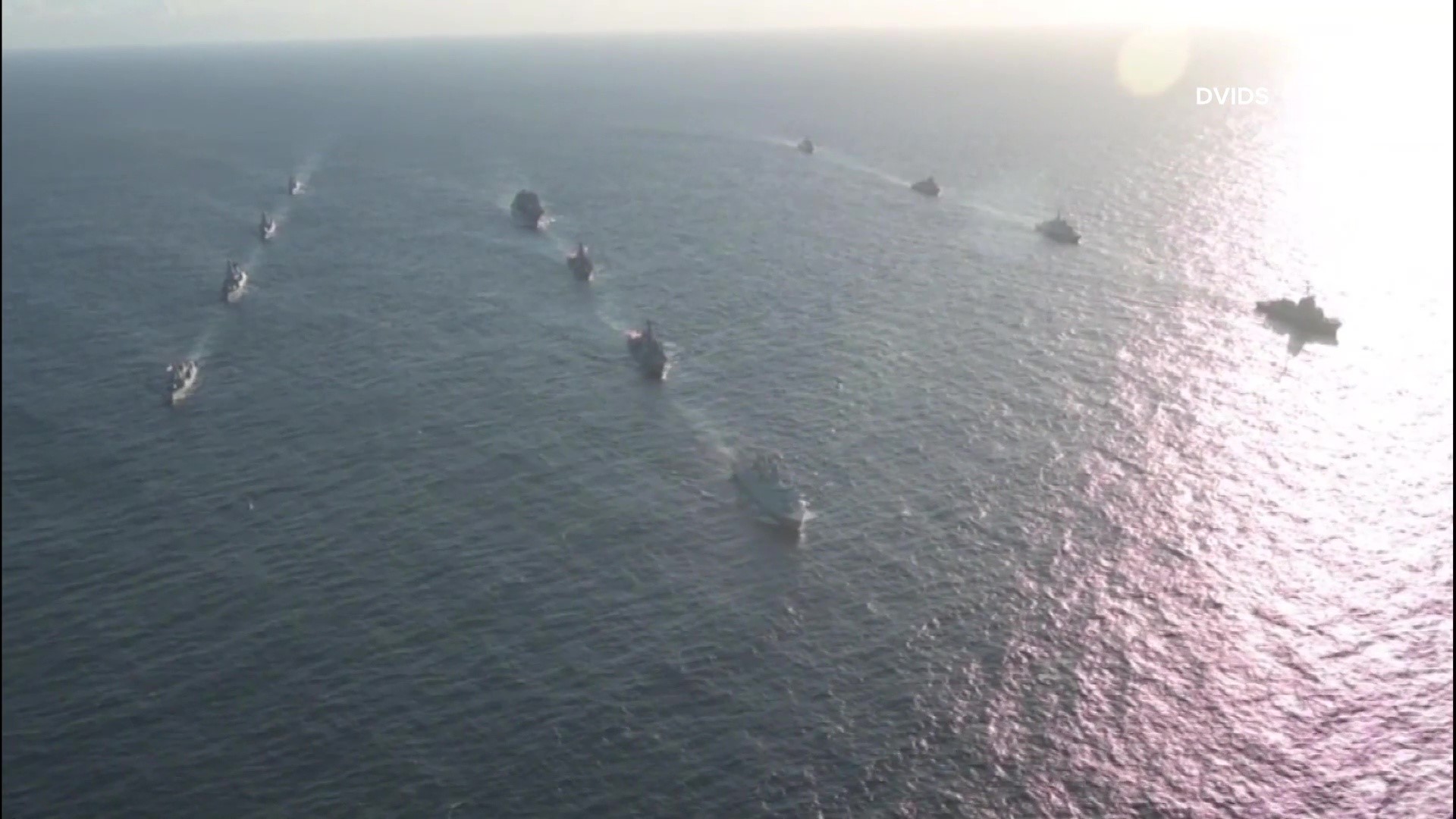 NORFOLK, Va. — The Navy fleet of tomorrow will look substantially different than the one today, both in terms of the type of ships, and the number of them.

Secretary of Defense Mark Esper is for the first time confirming the Navy will go beyond the current goal of 355 ships.

"It will be a balanced force of over 355 ships, both manned and unmanned," he said.

How far beyond 355? Esper didn't specify. But Defense News -- citing obtained-documents -- reports the number could reach 530.

The reason: China is believed to be building toward a fleet of as many as 425 ships by 2030.

"We must stay ahead," said Esper. " We must retain our over-match. And we will keep building modern ships to ensure we remain the world's greatest Navy."

Esper, speaking last week before the Rand Corporation, said the United States is at "an inflection point," calling it, "one where I believe unmanned technology, A.I. (artificial intelligence) and long-range precision weapons will play increasingly leading roles. The U.S. military, including the Navy, must lean into that future, as the character of warfare changes."

"The fleet will be made up of more and smaller surface combatants, optimally manned and unmanned, autonomous surface and submarine vehicles, unmanned carrier-based aircraft of all types, a larger and more capable submarine force, and a modern, strategic deterrent," he said.

Esper said these changes will take a team effort and will require Congress to deliver "adequate, sustained, predictable, and timely budgets."

And he said they'll require "a robust and healthy industrial base... to build the fleet we need."

That undoubtedly would impact the 60,000+ men and women who work in the  Hampton Roads' ship construction and ship repair industries.

"We will need your help to match our level of ambition for new capabilities and more capacity in the coming years, with innovation that reforms on-cost and on-schedule," he said.

As of today, the Navy fleet stands at 296 deployable ships.