Lawmakers and security officials from across the country noted how grave of a threat that "the enemy within" became in January. 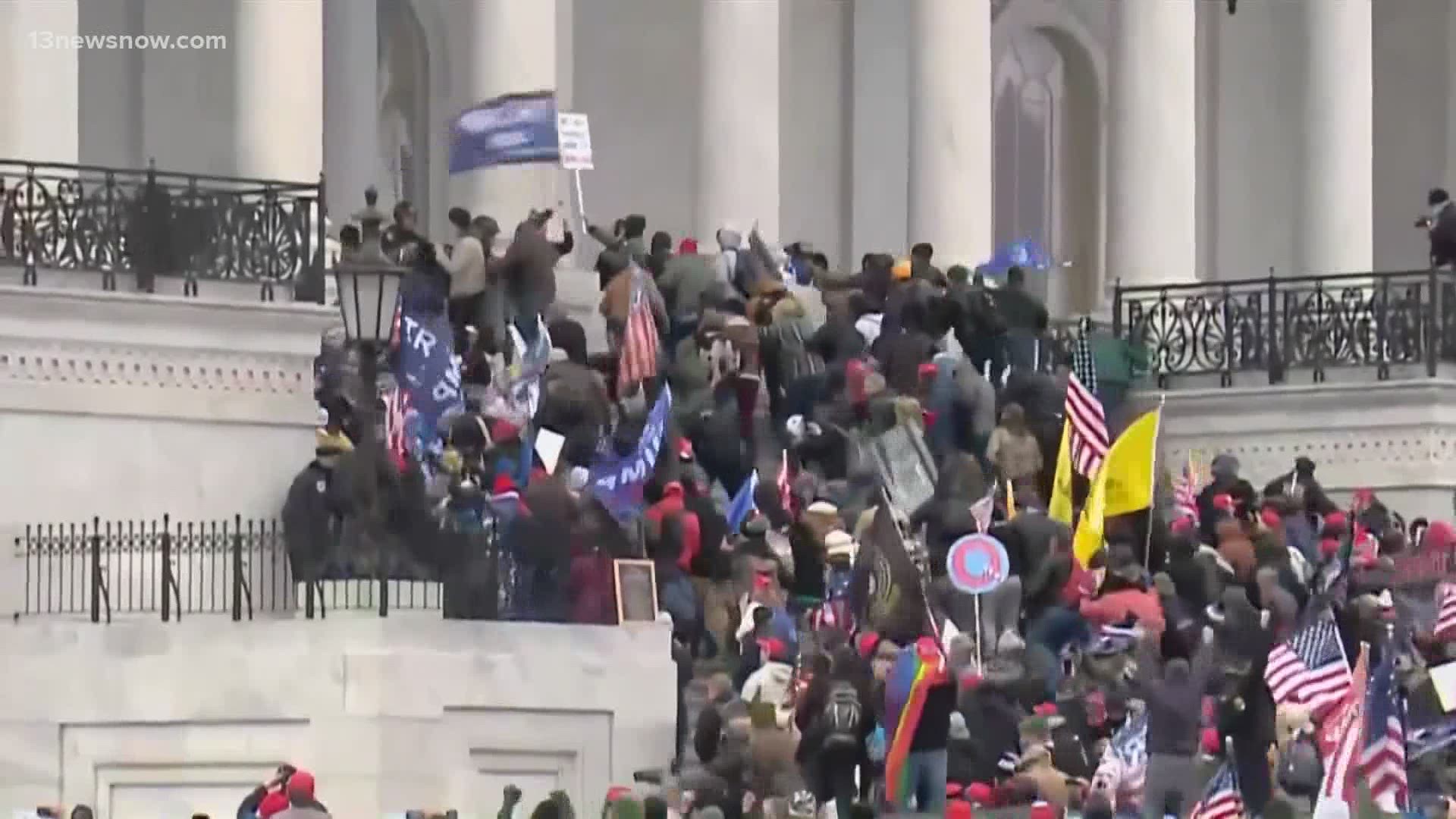 WASHINGTON — If America needed a wakeup call on the dangers posed by home-grown domestic terrorists, it most certainly got one on January 6th.

Experts told the House Homeland Security Committee Thursday that the deadly insurrection revealed how grave the danger the enemy within poses, adding that radical violent extremism has "rapidly become part of the cultural mainstream."

"This unprecedented assault on America's political system will have longterm consequences, including the likelihood of further violence throughout the country," said Brian Jenkins of the Rand Corporation.

Christopher Rodriguez, District of Columbia Homeland Security Director, said, "This attack exposed in the starkest terms the threat we face from domestic terrorists and from right wing extremism, specifically."

Also weighing in was Jonathan Greenblatt of the Anti-Defamation League, who said: "White supremacists are responsible for more murder than any other type of domestic extremists, accounting for nearly 60 percent of all such crimes in the past decade."

Va. Rep. @ElaineLuriaVA praises Secretary of Defense Lloyd Austin's decision to order military stand-down to address extremism in the ranks, says, "harmful activities such as extremism have no place in the military." #13NewsNow pic.twitter.com/WCMsRXVTbC

"The challenge ahead will be re-discovering we are Americans before we are party affiliation or a political philosophy," Neumann said.

Thursday's virtual hearing came one day after Secretary of Defense Lloyd Austin ordered the armed forces to conduct a 60-day stand-down on the issue of extremism in the military, prompted reports that up to 20% of Capitol rioters arrested were active-duty military members or veterans.

"Hateful activities such as extremism have no place in the military, and, the stand-down is designed to get that message across to our military members," she said.

"I think Secretary Austin has done the right thing," he said. "I think we, over the last few years, have seen the growth of anti-government extremism across this country. The vast majority, based on the evidence, has been on the right wing."