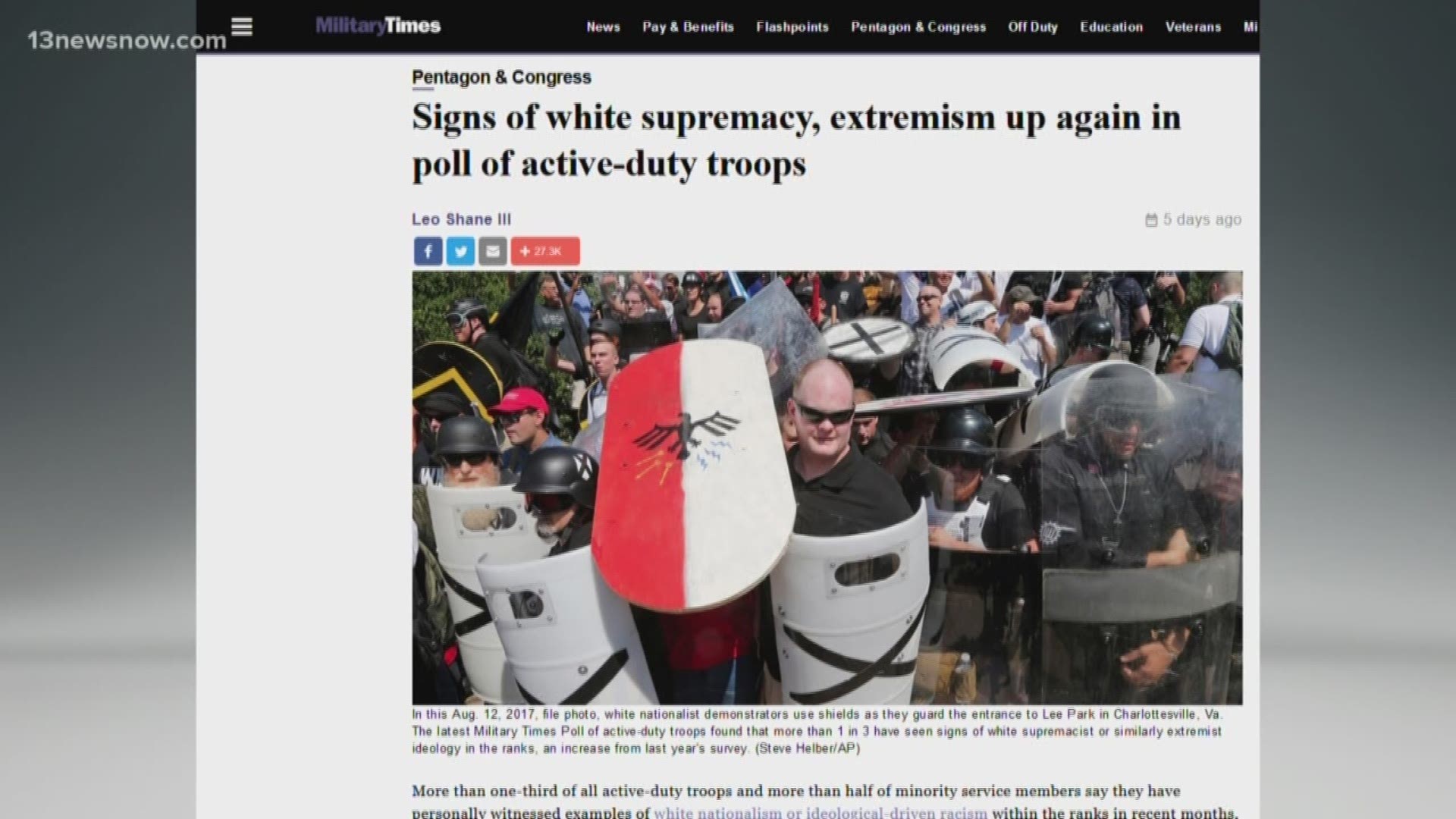 WASHINGTON — Thirty-six percent of troops have seen evidence of white supremacist and racist ideologies in the military in recent months, according to the Military Times survey of 1,630 active-duty personnel published last week.

"Just in the past year, members of the active-duty military have been found to be involved in white supremacist groups responsible for murders, domestic terrorism plots, and in some cases, international terrorism," said Heidi Beirich with the Global Project Against Hate and Extremism. "Members of the most violent neo-Nazi groups have recruited veterans from the wars in Iraq and Afghanistan as well as active-duty service members."

"Prosecutors described Hasson as a man inspired by racist murderers, who intended to exact retribution on minorities and those he considered traitors," said Mark Pitcavage of the Anti-Defamation League.

"In fact, the Southern Poverty Law Center has been documenting white supremacist infiltration of the military and urging officials to take substantial and systematic action since 1986," she said.

Definitive data is hard to come by. All that lawmakers had to work with was one Department of Defense statistic that showed there have been 27 criminal cases involving white supremacist acts by service members over the last five years.

"Racism and bigotry have no place in our society and especially not within our military," Virginia 2nd District Congresswoman Elaine Luria said. “DOD must create comprehensive and transparent policies to make it clear that racism will not be tolerated within our armed forces and it will be dealt with swiftly and severely.”

"It's jarring to say the very least and is a very important wake-up call for all of us," said Rep. Jackie Speier (D-California).

Rep. Trent Kelly (R-Mississippi) added: "We've got to stamp this out. One is too many."