Tidewater Community College is one of the 27 institutions that was named "Center of Excellence." 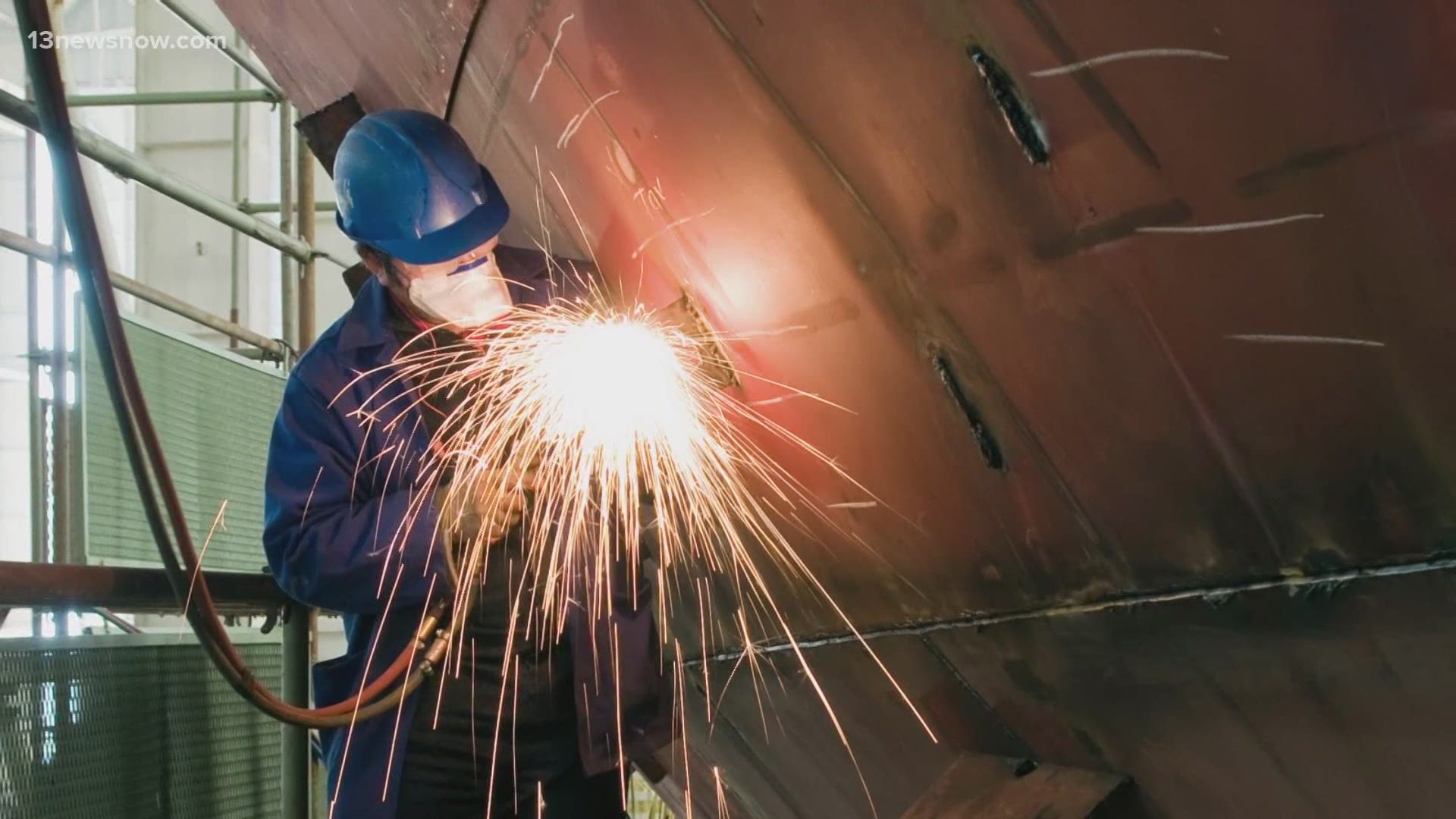 NORFOLK, Va. — When it comes to national defense and the Hampton Roads economy, a local college is doing its part, preparing the workers of tomorrow.

Tidewater Community College is one of 27 academic institutions in 16 states and one U.S. territory to receive the designation from the U.S. Department of Transportation’s Maritime Administration  as a "Center of Excellence for Domestic Maritime Workforce Training and Education."

Authorized under the National Defense Authorization Act of 2018, the program is designed to assist the maritime industry in gaining and sustaining a well-trained labor force while enhancing diversity and inclusion in the industry.

The bill authorizes $12 million in each of the next three fiscal years to support programs to help community and technical colleges, as well as public four-year institutions, bolster their job training efforts in the maritime and energy workforce and in transportation logistics, supply chain management, shipbuilding and ship repair.

Sen. Tim Kaine (D-Virginia) is an original sponsor of the measure and called it "critical because as you know, we've made some pretty aggressive plans to expand the nation's Navy and that not only means shipbuilding, that means all the ship repair and related training, so this is a work force that is going to grow."

Multiple government and outside assessments have underscored the need for workers at ship construction and repair yards to replace waves of retiring Cold War-era personnel.

Virginia Ship Repair Association President Bill Crow said his industry is always in need when it comes to finding the workforce of the future.

What would also help, he said, is dependable defense budgets.

Kaine said another important part of the equation is the "SHIPYARD Act."

It would devote $25 billion to upgrading publicly-owned Naval shipyards, as well as private ship construction and ship repair facilities.