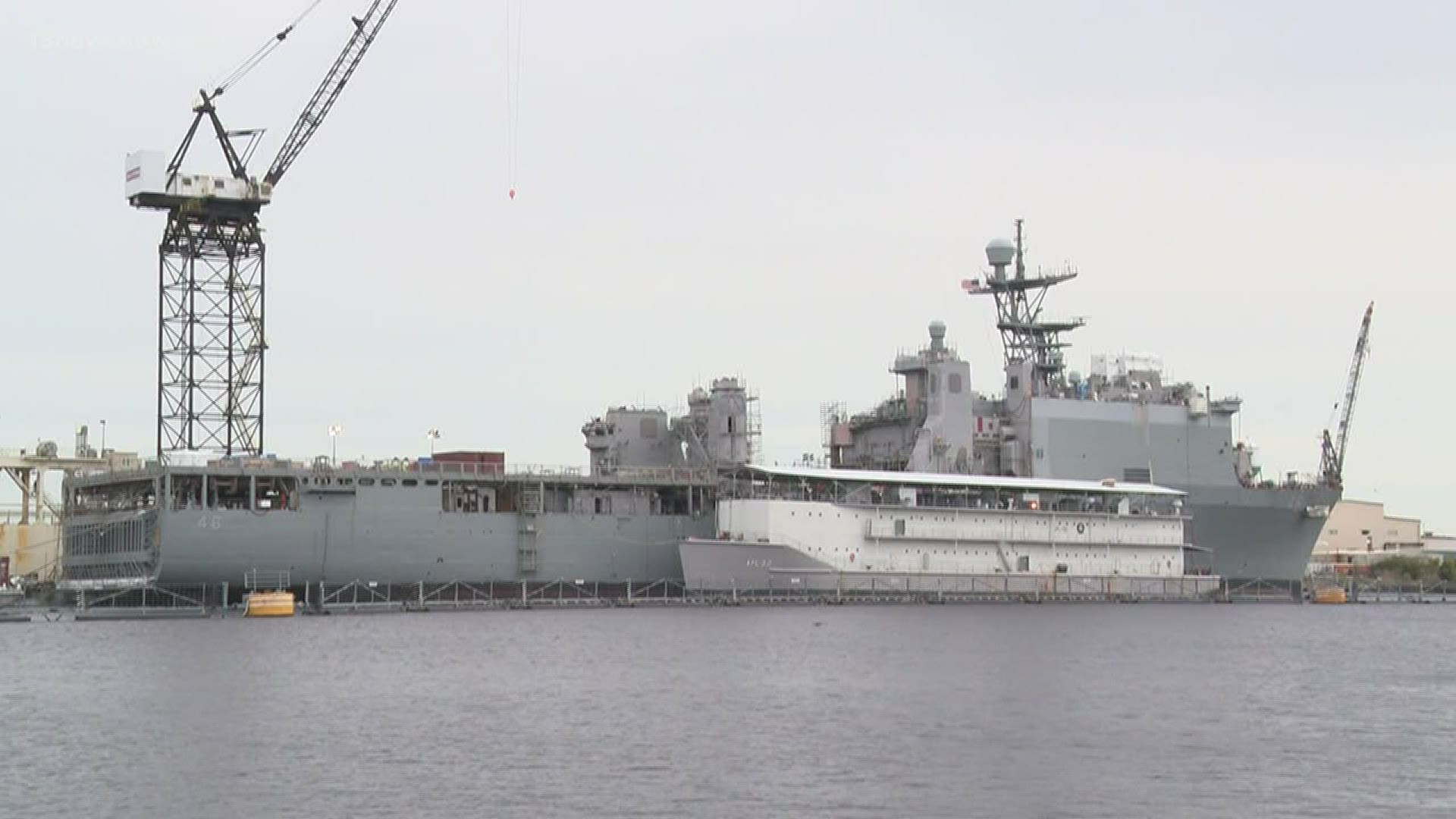 NORFOLK, Va. — A new report from the Government Accountability Office finds that although the Navy has lowered costs from initial estimates for ships' repair, the work "continues to run over schedule."

The report said that at the Mid Atlantic Regional Maintenance Center Norfolk, between 2015 and 2019, only three of 24 repair jobs were completed on time.

The report highlighted the case of the dock landing ship USS Whidbey Island, which was supposed to be completed in May 2018. But in fact, it wasn't actually finished until December of 2019.

Private industry wants to do an outstanding job when it comes to helping maintain the Navy's more than 150 surface ships. The head the Virginia Ship Repair Association said as much at the Surface Navy  Association Symposium earlier this year.

"I can tell you from the contractors' perspective, their desire is to give you a combat-ready ship when they're done with it, so that it is able to go to sea and do what it needs to do," said President Bill Crow.

"Delays like that and the overall pattern of delays I doubt if much of that or any of that is the fault of the shipyards," said retired Navy Captain Joe Bouchard, who thinks much of the blame should be directed toward Congress.

"Year after year, Congress' failure to pass a budget on time is hugely disruptive in particular on the D.o.D., and its impact on the industrial base," he said. "They need a stable contract environment. They need to be able to predict how many ships they're going to be working on over the next five years or longer, so they can make investments in enhancing their capacity."

Bouchard says the Navy is also at fault.

"The problems is with how the Navy goes about planning these availabilities," he said. "Either they are underestimating the way that needs to be done, the surveys of the ship are not thorough enough, or, they're ordering changes to the contract after the contract is signed."