Virginia Beach and Chesapeake first responders gathered at NAS Oceana to review the lessons learned from the 2012 Navy F/A-18 jet crash in which nobody was killed. 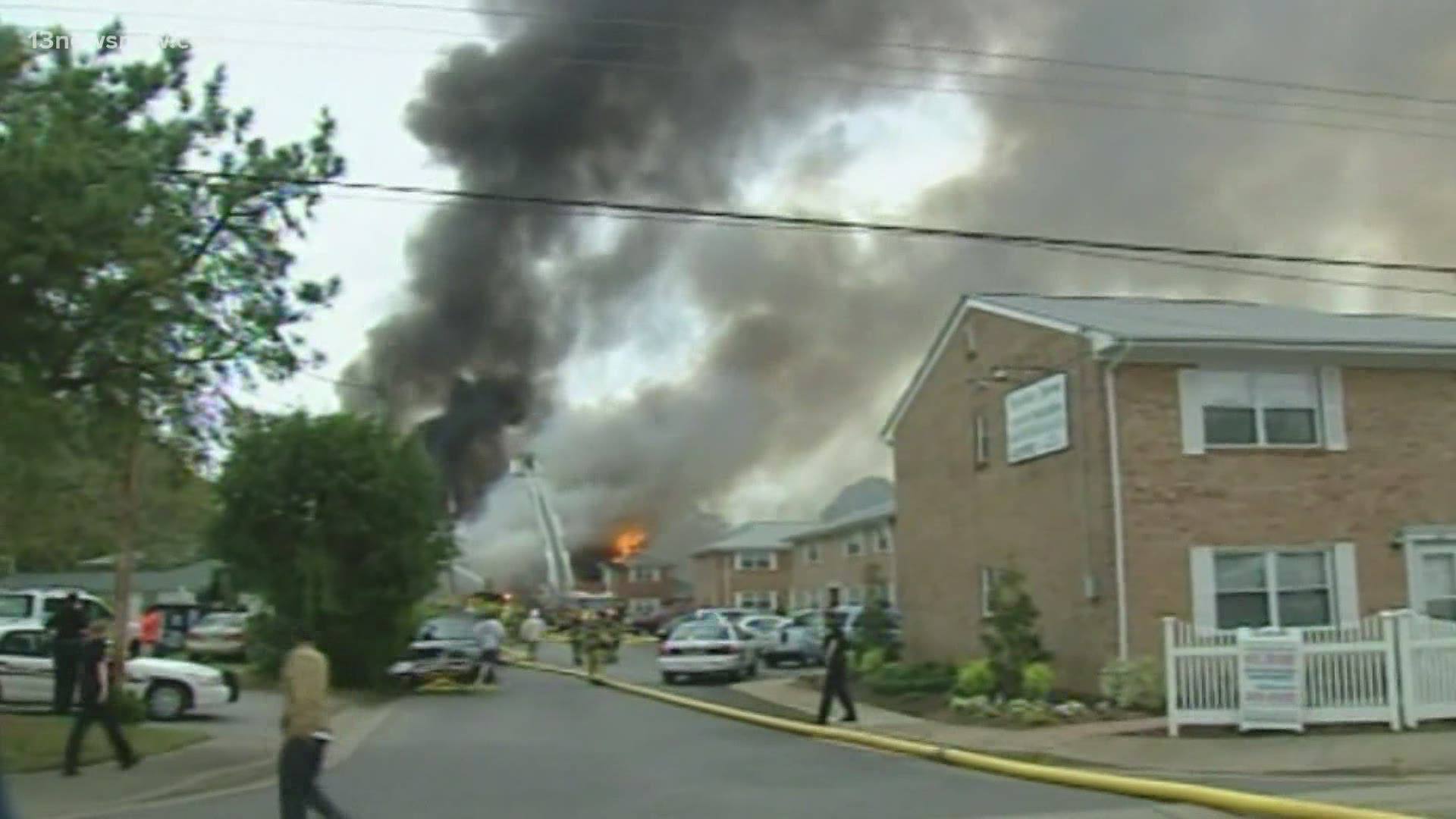 VIRGINIA BEACH, Va. — Hampton Roads is coming up on the nine-year anniversary of "The Good Friday Miracle," when a Navy F/A-18 Hornet suddenly dropped out of the sky and crashed into a densely populated neighborhood.

It was April 6, 2012, at what was then called Mayfair Mews Apartments off of Birdneck Road.

The jet experienced twin-engine failure within seconds after takeoff, and it went down right off Interstate 264.

The aviators ejected moments before impact. Incredibly, neither they nor anybody on the ground got hurt.

"I think of, one, the teamwork that was displayed that day," said retired Navy captain Bob Geis, who served as Naval Air Station Oceana commanding officer in 2012.

He continued: "I think of good people coming together to take care of other people. I think of the City of Virginia Beach and the Navy working together to ensure those citizens and residents were taken care of. And not just the day of the mishap but the days and weeks and months that followed."

The miracle-crash is also a gift that keeps on giving.

On Monday, Virginia Beach and Chesapeake Fire and EMS personnel toured Naval Air Station Oceana to get an up-close look at the aircraft which fly there 365 days a year

"We're re-hashing all of those skills and knowledge necessary to respond and mitigate these types of emergencies," said Chief Kenneth Snyder with the Navy Region Mid-Atlantic Fire Department.

"It's invaluable not only for our people but hopefully saving the life of a pilot," he said.

Between takeoffs and landings, Oceana averages more than 219,000 flight operations a year and there's never been a repeat of what happened that day.

And hopefully, there won't be. But they need to be ready, just in case.