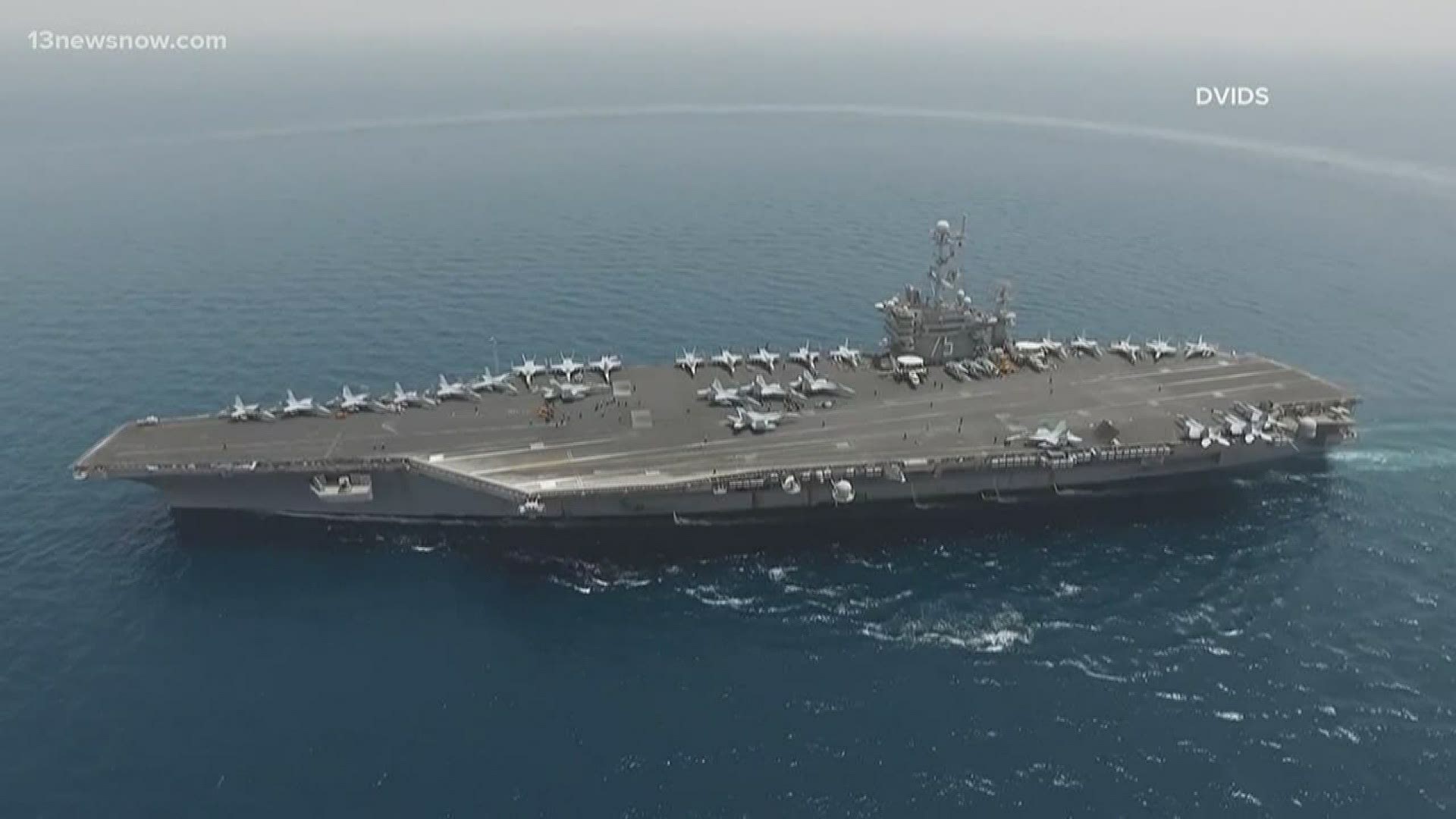 NORFOLK, Va. — After many months and traveling 55,000 nautical miles, it is time to come home for thousands of Hampton Roads based sailors.

USS Harry S. Truman, USS Normandy, and USS Forrest Sherman have all been at sea since 2019, supporting maritime security in the 2nd, 4th, 5th and 6th fleets of operation.

Normandy and Forrest Sherman docked at their Norfolk homeport on Friday.  The Truman, Lassen, and Farragut will return home later this month after completing necessary maintenance.

U.S. Navy Second Fleet Commander Vice Admiral Andrew "Woody" Lewis said he is proud of the sailors, adding, "They're really excited about getting back and seeing their families."

Not only did the strike group conduct maritime operations while at sea, but they also took on COVID-19 response efforts when the pandemic started reaching the shores of other countries outside of China. Sailors worked to minimize the potential spread of the virus on their ships.

The strike group's deployment was extended due to the outbreak. They spent five months in the 5th and 6th fleets of operations. After five months, the ships remained at sea  these past two months in the Western Atlantic, where they served as a certified carrier strike group force ready for any tasking while also protecting its crews from the risks posed by COVID-19.

Vice Admiral Lewis pointed out that the sailors are returning to an entirely different world than the one they left behind. Not only has there been the coronavirus pandemic that has killed more than 100,000 Americans, there has been civil unrest across the country following the police killing of unarmed African American George Floyd.

Lewis said there is no room in the Navy for racial intolerance.

"This is distressing to all of us," he said. "It divides. And it's not acceptable. It's not healthy for the force in any way, shape, or fashion. And it's not who we are."

RELATED: Former Navy Secretary says all ships must be sanitized, all sailors must be tested

RELATED: One carrier left for exercises and didn't come back. Now, the USS Dwight D. Eisenhower Strike Group is deployed