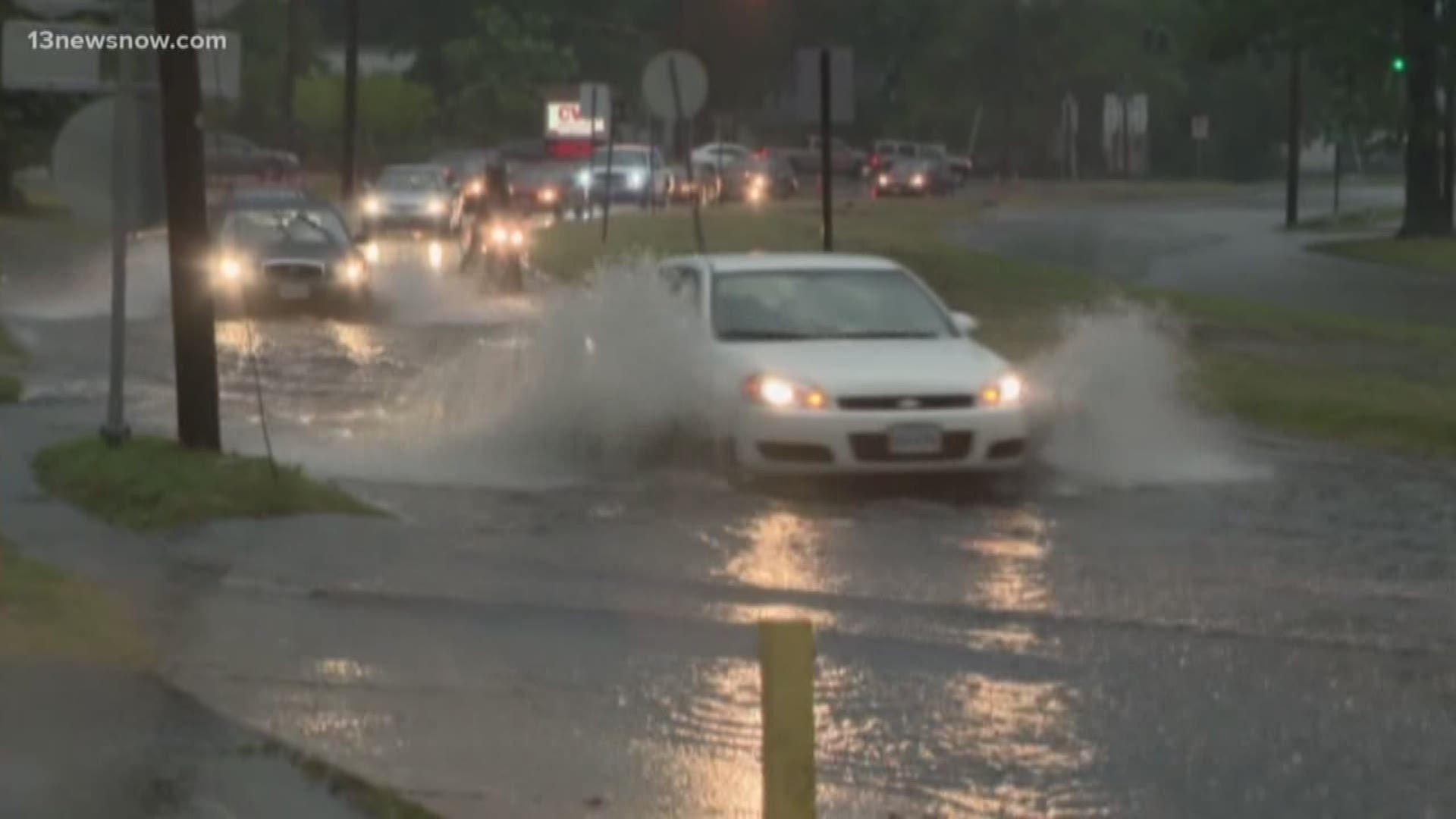 NORFOLK, Va. — High tides can already make it hard to get around Hampton Roads, and now the National Oceanic and Atmospheric Administration says the future of this area looks even more flooded.

A recent report by NOAA shows the Tidewater region has doubled in high tide flooding days over the last two decades and it could increase tenfold by 2050.

In 2000, we had just five 'HTF' days a year on average. Today, that number is 10. In three decades, it could be in the ballpark of 100 days a year, according to the NOAA report.

"It's not a linear change, it's sort of an accelerated, rapidly increasing trajectory that this area is undergoing right now," NOAA Oceanographer William Sweet told 13News Now.

The accelerated upward trend could have a major impact on the region's infrastructure and its biggest economic driver: the military.

"The military and the Navy, as a whole, are a huge part of our economy," Ben McFarlane with the Hampton Roads Planning District Commission said. "They're also a large part of our culture and our heritage here."

So, as sea levels rise, so does the concern for the military's presence in Hampton Roads.

"I think we as a region want to do everything we can to make sure those installations are operational and stay that way for a long time," McFarlane said.

Working with local governments, NOAA and the military, the HRPDC has an ongoing study to come up with and implement infrastructure solutions for flooding.

"That's why NOAA tracks and projects these numbers -- it's not so much to cause concern or fear, but it's really to let folks in communities know that change is occurring and it's likely to become much more of a "floodier" future, if you will," Sweet said.